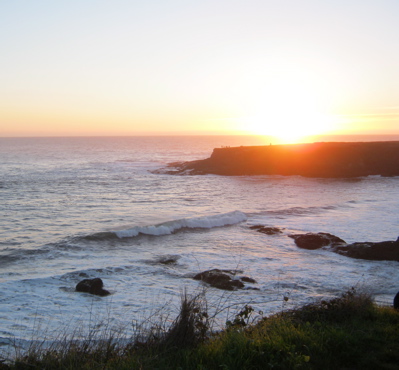 It’s really fun going back and seeing what happened during the year, even if it wasn’t that great a year, like this one. Pay cuts and grand jury summons do not make for a good year. Hopefully the new one will also be improved.

Power outages: 6, including one in October due to someone driving into a power pole at 8:30 am – go figure – and two from a big storm in late November.

Trips to San Francisco: 3. I went 4 times in 2011, but one of those was to keep Megan company while Rob endured more spinal surgery, so that doesn’t really count. I’m starting the new year off right by heading to San Francisco tomorrow morning for a few days to meet up with my boss/partner and make some plans for the future. And maybe do some shopping…

As for this year:

January: Hockey, Suzy-style. Little did I realize there wouldn’t be any when October arrived. Or December, for that matter. The case of the ransomed Christmas cards. Ordeal by utility company. Technological difficulties. Why I’m here. Outs & ins. One man’s trash…an unexpected visitor.

February: Cops and a movie! Third power outage of the season. Musing about one grandfather…and another. Coffee break. Finally, a break for Rob! In which our heroine learns that she is just as annoying as everyone else. Maybe more. A surprise wedding.

March: Small town moments. Home repairs. A visit with Jim (and other things). Dad’s 81st birthday. A date with my family. Getting a jump on spring. Suzy the screwup. Surprise present!

April: Megan’s new (to her, anyway) car! Mom’s 80th birthday. Spring planting. A rainy trip to the City. Impersonating a responsible adult. San Francisco storm. A lovely last day in the City. Jessica’s ninth birthday. The arrival of Digit, the Office Cat. Kitty update. A girls’ day out. With my favorite girl.

May: A new (well, to me) couch! My 12th blogaversary, among other things. Festive. A dilemma. License to drive. Scarred for (or by) life. An eclipse, and other things. Rob’s epic trip to see his Mother one last time. My considerably less epic trip to San Francisco. Farewell to Rob’s Mother.

June: A magical evening with the Beach Boys. Fabulous fifty! An unexpected trip. Birthday party. Dilemma solved. Birth of a garden. A wonderful tour of artists’ studios. The arrival of my first (and I hope only) subpoena.

July: A belated and fabulous birthday present. Erica and Jessica are back! My first crown. Sadly, not the Queen kind, though almost as expensive. The looming trip to Detroit makes my humble home look like paradise. The unlovely itinerary. The trip does not go according to plan. Finally in Detroit. Court of horrors. Home at last. Changes at home and at work. Time for an engine check. The neighbors stop by. A snake in the grass. I mean, house.

August: A quick trip to San Francisco. The splendid pool reopens. My 2,000th blog post. And Roscoe’s mystery injury. A lousy day with a better ending. The 11th anniversary of Dad’s death (post won’t link; it’s August 18). A new home for the adorable Digit (who is very happy there). First day at the new office – and more car problems.

September: The money fairy stops by. First foray into retail, and an update on Digit. Two very sad losses for two very dear friends. A fabulous County Fair. A check up for the Schatz. Could, woulda, shoulda – or not. Appreciating the simple things.

October: A small town moment. A very special event. A great evening with family and friends. Swimming lessons resume. Now with Jessica! The 15% pay cut rears its ugly head. So does winter. An eventful day. The Giants win the World Series again! Oh, and we go to the circus.

November: A happy Halloween. The President is, thankfully, re-elected. This campaign was brutal – I can’t believe we have to go through it again in four years. But I won’t think about that now. A beautiful way to remember. An evening at the theatah. A look around the garden. Some new beginnings. Getting ready for Thanksgiving. A wonderful Thanksgiving. Jarrett adopts the World’s Cutest Puppy.

December: Christmas decorations. Church concert. Getting ready for Christmas. A happy holiday. Lighting up the night.

Thanks for joining me for another year of adventures. I wish you all a very happy and healthy new year!