Megan worked four long night shifts last week, so she woke up on Friday afternoon, my one day off that week. We realized that the County Fair started that day, and since I work on the weekends, Friday was our only chance to go. We decided to go in the late afternoon, so Megan could get caffeinated and ready for the hour long drive.

Due to the magic of microclimates, it was cold and foggy on the coast, but warm and sunny when we arrived at the Fair. We met up with Erica first – Jessica was on the rides with one of her many friends – and she looked great. I can’t believe how long it’s been since we’ve seen each other. I need to take some time out for fun.

Erica said that Jessica was enjoying school so far, and likes her teacher, which is good. One not so good thing was the furor that Jessica’s reappearance caused among the male population of her school. Apparently there was much nudging and yelling of “Jessica’s back!” by the boys, some who weren’t even in her class. After all, she’s only nine. But I’m sure Jessica has enough common sense to take it all in her (very long) stride.

As usual, she’s gotten taller since I saw her last. Here she is with two other kids: a goat named Edward, and Edward’s owner: 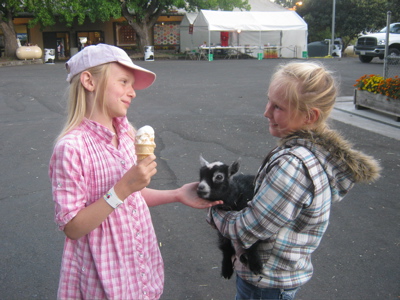 We checked out the livestock – goats, sheep, cows, rabbits, and an exotic chicken: 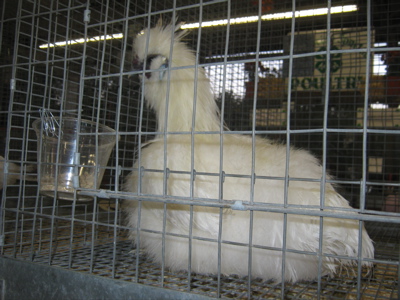 And an even more exotic rooster: 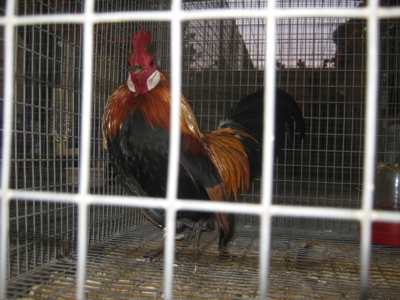 before it was time for Erica and Jessica to go home – they had been there since noon!

As they left, the lights were coming on: 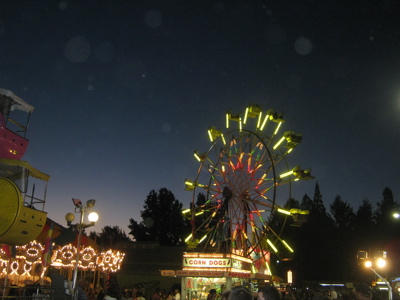 I had never been to the Fair in the evening before, so it was fun to see the sparkle. Also the biggest pumpkin – a whopping 500 pounds: 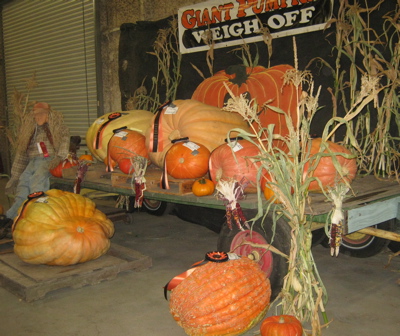 And the garden entries – this was my favorite: 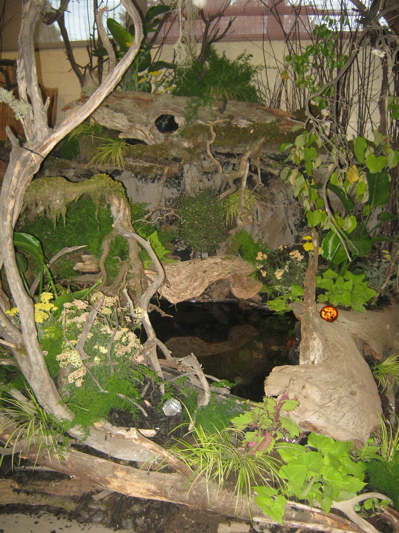 It’s hard to choose a favorite among the quilts. They were all so beautiful. I’ll narrow it down to two, the Bug Quilt: 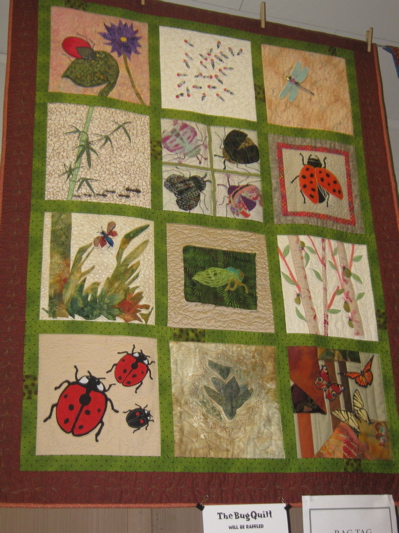 And the Alphabet Quilt: 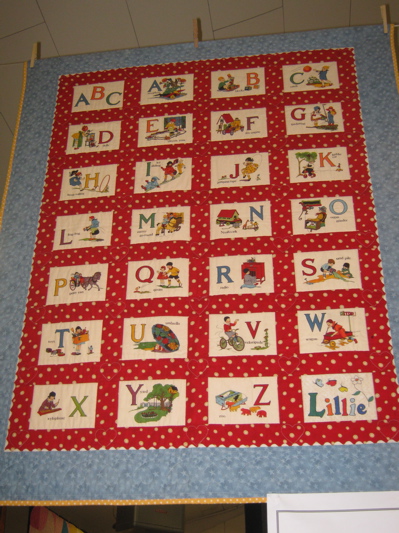 As Megan and I walked back to the car, I remarked to her that when she told me as a child that she would catch up to me one day (I’m 9 years older, though not wiser), I bet she never imagined that she’d be the one taking me to the Fair, which made her laugh.