I’ve been promising you some pictures of the garden party palace over on the family property, and here they are at last!

The whole thing started back in March. Or maybe February. Making a garden here in the pygmy is not as easy as it is in most places. First of all, you have to get your friend to bring his heavy machinery over. Then, he hacks up the huckleberry bushes, manzanita, and other various scrubby bushes: 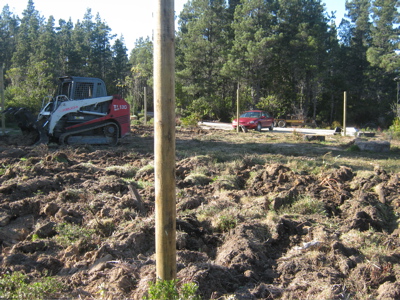 You get to remove the root balls and debris by hand, though. Hours of fun!

After that, your friend comes back and tills through the soil and smooths it out: 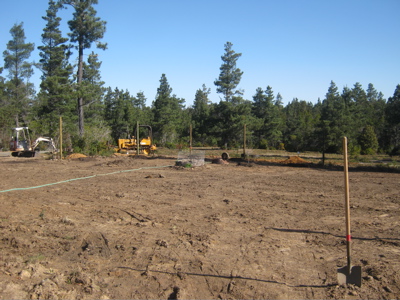 Then you spend a zillion dollars on real dirt, which you can (and do) have delivered. Then you make it into raised beds.

Now, the pygmy soil is a dustbowl in the summer and a mud pit in the winter. To help keep the garden from blowing away, you buy lots of hay and purple vetch seeds, which you strew liberally on the spread out hay and hope for the best. The idea is that the vetch’n’hay combo will anchor the soil. 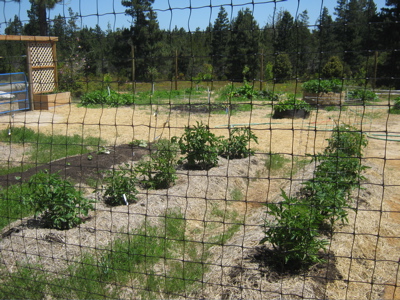 Next, you plant fruit trees (apple and peach) for future shade (and cider making) and almost everything else you can think of: potatoes, lettuce, broccoli, spinach, arugula, strawberries, tomatoes, beans…

Of course, all these plants need water. Good thing you have a big water tank: 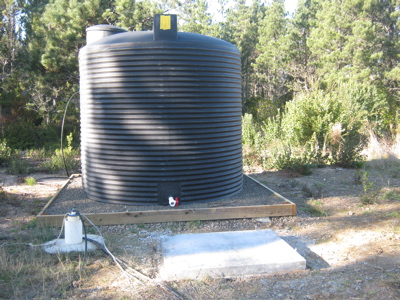 and that well (the white cap on the left; the cement square is where the pump house was built later) you dug a couple of years ago. And have another machinery-wielding friend who can dig trenches for water pipes:

While he’s at it, you realize that you might as well lay electricity in as well as water, since there’s plenty of room in the trenches. So you do. Then you fill in the trenches.

I forgot to mention that you also need Friend One to dig post holes in the hard soil, and you have to buy posts and deer fencing and then install all the posts with cement which you have mixed and poured yourself. Little details like that.

And you need a couple of gates, one big enough for machinery and one for you to go in and out. Might as well make them pretty while you’re at it.

Rob and Jonathan made the framework for the gate (which they painted blue) and built the planter boxes and lattice (on which our father’s favorite flower, sweet peas, will grow) entirely by hand: 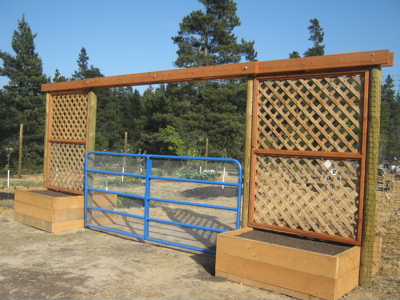 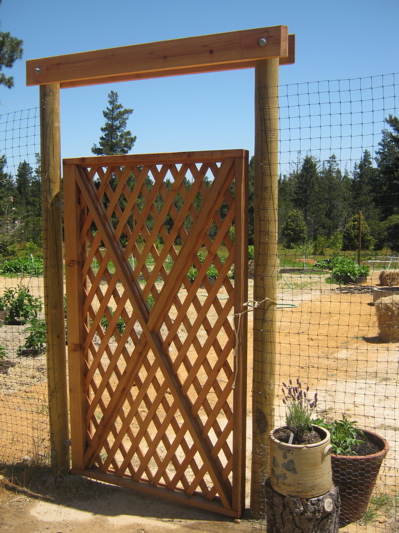 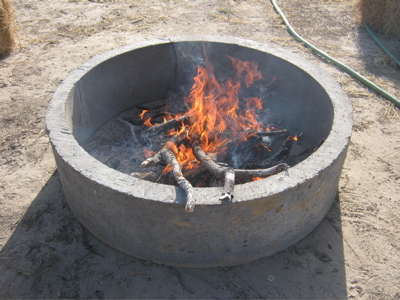 a couple of hay bales, barbecues, and you’re ready to party! The enclosure, at 6,400 square feet, is even big enough for camping when you’re finished partying: 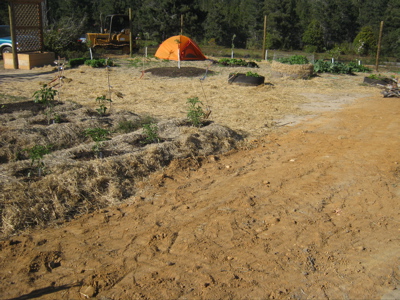 We’ve been picking salad from the garden for the past couple of months, and strawberries are beginning to ripen. It’s kind of like magic to just go over there, pick food, and eat it.

We also bought an additional hive for the bees: 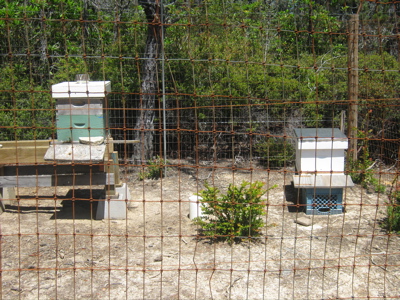 Last year, they swarmed before we were ready, so some of the bees moved on to greener pastures somewhere. But enough were left to keep going, and they were thriving enough to need more room this year.

Megan and Jonathan moved some queen cells to the new hive, so some bees stayed in the old one and some moved to the new. There seems to be a little confusion around the entrance of the new hive, but on the whole, they seem to be doing well: 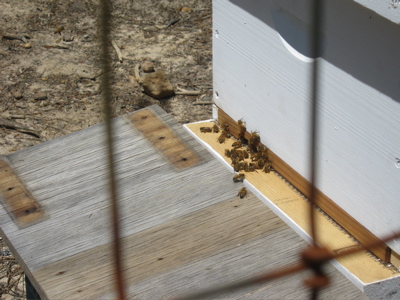 Sometimes when I’m over there, I look around at the garden, the bees, the windmill, the well, the solar panels, and even the tree where little Henry Etta sleeps peacefully and am amazed by how far the property has come with the hard work of my brothers and sister, through imagination and dedication and love.

4 comments on “Birth of a Garden”