Last week’s storm brought us 7.25 inches of rain in three days, along with the second power outage of the season. It’s hard to believe now, with the sun shining brightly and not a cloud in the sky. It looks like I may have to start watering the garden again soon.

Watering will be easier now, since Rob the genie granted my wish. I happened to mention that I wished I had a hose reel. I hate the way the hose looks, lying all over the garden when not in use, but hose reels turn out to be surprisingly expensive, like fencing of any kind.

About three days later, Rob turned up with a hose reel: 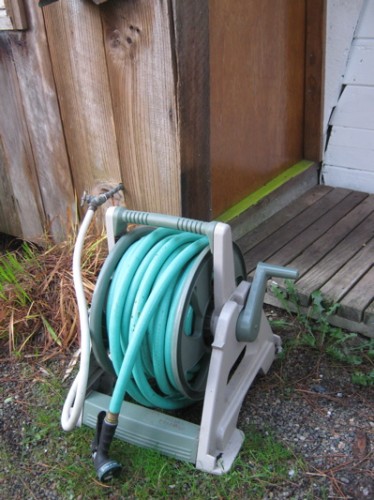 which he had found at “the mall”, aka the dump. He hooked it up and it works just fine. How’s that for granting a wish?

A few days ago, he appeared with a lovely metal candleholder in hand, which he had also found at the mall: 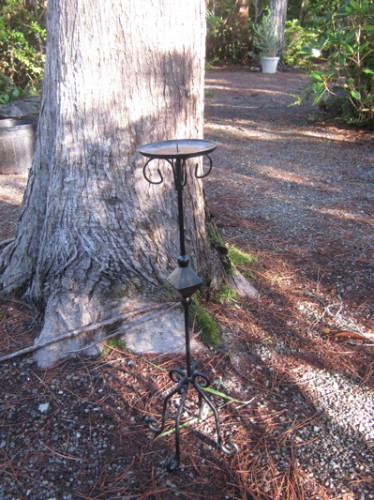 It seems to be in perfect shape. I can’t imagine why anyone would throw it out. It will be a nice addition to the tall yellow candelabras and the table-top one, though now I’m thinking I should spray paint the table top one to match the new one. I’m looking forward to sitting outside by candlelight this spring and summer.

There are already signs of spring as we slide into February. The tulips – the same bulbs from last year’s Christmas stocking – are poking hopefully through the soil: 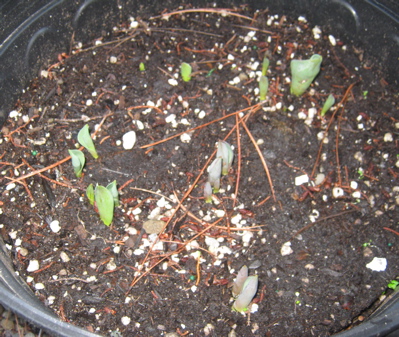 And the orchids both have flower spikes (on the right): 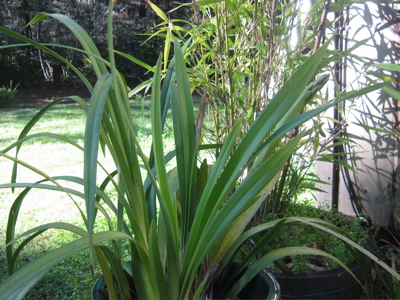 Hope springs eternal in a garden.