Those in the know know that every April 15 is Jessica’s birthday. Far more important (and enjoyable) than filing income taxes is finding the right gift.

Despite the fact that Jessica is the least material of children – when Megan asked her what she wanted for Christmas last year, Jessica replied, “a candy cane” – I spent some time and thought on what to get her.

I ended up with this (allegedly) child’s ruffled scarf, which was actually big enough to tempt me into keeping it. Yes, I tried it on. It’s an angora blend from Benetton, and it’s pink (“you know, the kind of pink that I like”):

Later, I realized that Jessica had given me a scarf for Christmas, so maybe that and the fact that I wear the Jessica scarf fairly often made me think of giving her one, too.

On Etsy, I found the perfect card: 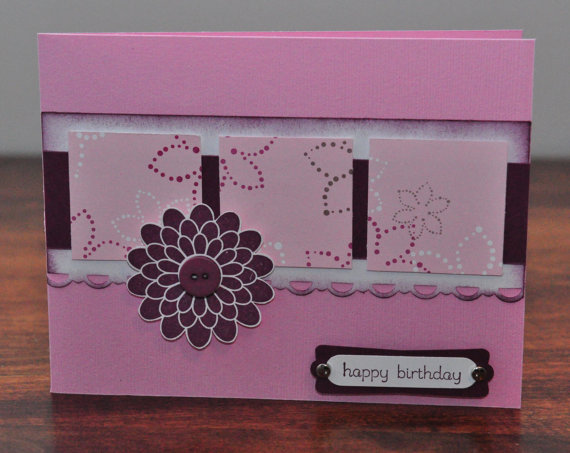 I even managed to wrap it fairly decently (while forgetting to photograph it for posterity) and mail it on time. Yay, Me! When I called Jessica on her birthday, she was absolutely delighted with everything. Even if I hadn’t sent her anything, her birthday would have been completely awesome, thanks to Erica.

Erica took Jessica to get her ears pierced. I asked Jessica if it hurt, and she said, “Oh, yeah!” When I asked her if she watched, she said, “Suzy, my eyes aren’t on the side of my head,” which was a good point.

In addition to the new earrings, Erica gave Jessica “The Three Musketeers” and “The Hobbit”, which was perfect since I had also sent her a little bookmark which matched her birthday card. Jessica said, “I miss my aunt-ourage. And my uncle-tourage.”

As if that wasn’t enough, they went to Cirque du Soleil that evening, where the performers showered Jessica with butterfly-shaped confetti.

All in all, a good birthday*.

*Jessica asked me when mine was, and I told her. She was charmed by the fact that it’s the day before her mother’s. She asked me how old I would be this year, and I told her. She was quiet for a moment, and then said, “You’ll be half a century old!” as if her mind was completely blown, which I know mine is. I agreed, and she said, “But you seem like a kid.” Pause. “Maybe a teenager.”