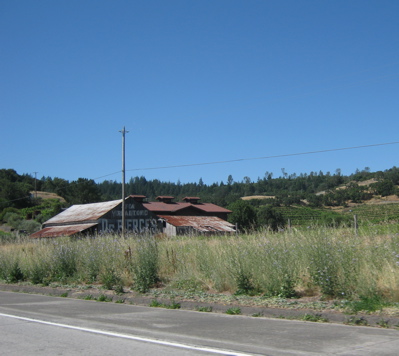 I’m coming to you from the waiting room at UCSF. As hospitals go, it’s pretty nice. There’s a huge flat screen TV in the waiting room, as well as comfortably upholstered chairs and remarkably tasteful carpet. It doesn’t even have that hospital smell we all know and hate.

A little kid just left the waiting room with his mother. He turned at the door and called out to the rest of us, “Bye! Have a nice day!”

As I write, Rob is out of surgery. Megan ran out of here as soon as the receptionist called her name. She is reactivating Rob’s insulin pump, which was turned off during the long surgery. At least we know he made it through the operation, though I haven’t seen him yet. I can’t wait to see him and make sure he can move his hands and feet and is otherwise OK.

I’m really glad I was able to go with Megan and keep her company during the whole ordeal. She is strong and brave, but it’s been so hard.

When we arrived at the hospital yesterday after a long, hot drive for the pre-op festivities, they told us we didn’t have an appointment that day. They said that the appointment was for 2:00 today, or hours after Rob’s surgery was scheduled. They did fit him in though. The person who scheduled the appointment (or not) told us to be here at 10:00 this morning. The hospital computer said 11:00. So we got here at 10:00, just in case.

Around 11:00, we went with Rob to the pre-op area, where he changed into the gown, answered a zillion questions, filled out forms, and met his surgical team. They all seemed great, and I really felt that our precious Rob was in good hands. Despite the stress and worry, I couldn’t help noticing how cute the nurses were, which may well make me the most shallow person on earth.

Around quarter to twelve, they wheeled him away, always a horrifying moment. We went with him as far as we could, and watched him vanish around the corner.

We decided to go out and walk around the Haight – sitting around the hospital seemed unbearable. Then we came back, had a surprisingly good and inexpensive lunch at the hospital cafeteria, and checked in with the receptionist to see how Rob was doing. He was almost out of surgery then.

So now I just have to wait for Megan to come back and get me, and I’ll go and give Rob a careful kiss and see with my own eyes that he’s all right. Thanks for your thoughts, prayers, emails, texts, and calls. They mean so much.

*I’ve always wanted to get a picture of this barn outside Cloverdale – this was the best I could do.