You may remember that the splendid pool closed in February due to lack of funds. But our little town doesn’t give up that easily. Much as we did last year to save the library, we voted to impose an extra half penny sales tax on ourselves, the proceeds going to keep the recreation center open forever. I love it that even in these hard economic times and with such a small population, we are willing to make sacrifices to keep our library and recreation centers open and vibrant.

Megan and I went to the grand reopening last weekend. It was so crowded that the parking lot was completely full and we had to find street parking near the skate park. We paused to admire the airborne antics of skateboarding kids – some of them looked to my untrained eye no bigger than kindergartners, and maybe they were – and then went inside to renew our memberships. 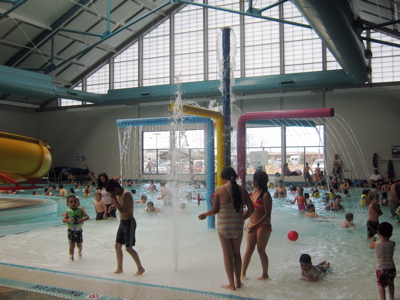 I was having a grumpy day, beset by allergies and The Comma and general terror about my dwindling future, so I didn’t bring a bathing suit, which was lame of me, since our beloved swim teacher Sallie was giving free lessons. You can almost see Sallie on the left of this picture, and Megan is the little dot in the middle. Needless to say, the intrepid Megan brought her suit, and I should have listened to her advice and brought mine. 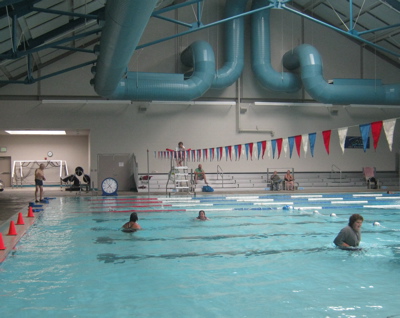 At least we were able to sign up for four Saturdays’ worth of swimming classes, which started this past weekend. It’s amazing how out of shape a girl can get after not exercising for five months, unless you count housework, worrying, and ambling errands. Even our brother admitted that he had a hard time swimming for 15 minutes at a time, when he was used to swimming 45 minutes without stopping. Hopefully I will improve with practice. But it was great to be back in the water, and Sallie is just so fun and inspiring.

We were starving after class, so we stopped by an age-old market and deli on the way to the library. Not much has changed in there since it opened back in 1933: 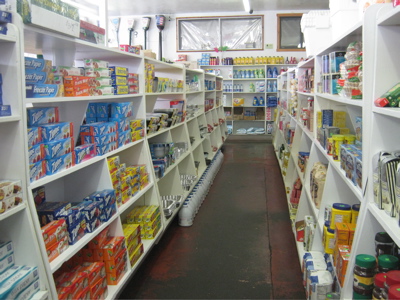 Though their spelling had not improved: 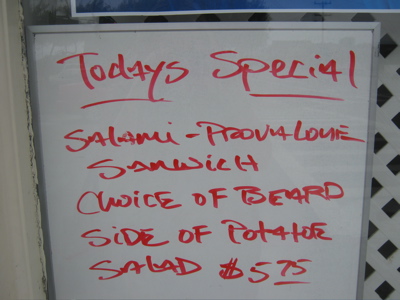 They make the sandwiches to order, so it took a while before we could obey the hand: 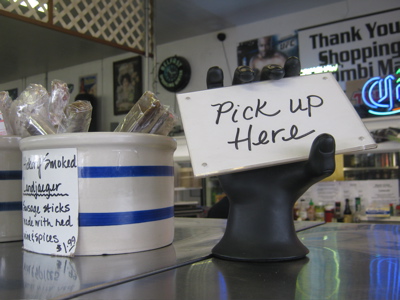 We stopped by the library and exchanged books. It was a pretty good Saturday.