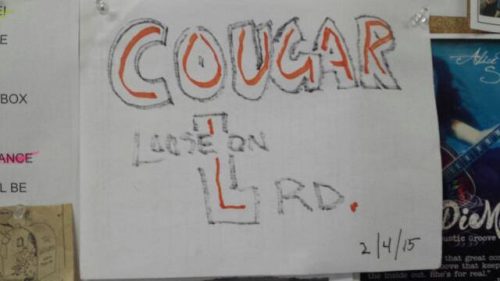 Tourist season is upon us. The dreaded out of state plates are popping up all over, and their driving 15-20 miles an hour below the speed limit gives us plenty of time to read them (and weep). They are accompanied by their equally despised brethren, the lumbering RV, all of them merrily sparkling with brake lights at every curve. It’s festive, you know.

It reminds me of the seasonal change from the speed of hockey to the majesty of baseball. At this time of year, the hockey playoffs overlap with the start of the baseball season, and you can practically get whiplash shifting gears from the nearly nonstop action of hockey to the relative stillness of baseball. Sure, they run around the bases and in the outfield, but a lot of it is standing there. Not to mention 9 innings versus 3 periods. When the seasons change again, hockey will seem super fast and baseball will seem normal. It’s all about perception, right?

On the message boards, the advent of tourist season is heralded by the announcement that the 2 hour parking downtown will actually be enforced for the next few months. It’s always the law, but disregarded most of the year.

Summer Enforcement of 2 Hour Parking in Downtown is starting! Parking Enforcement Attendant, Valerie T will be touring the downtown areas, chalking tires and issuing parking citations when necessary. So say hello to Valerie, before she says hello to you.

From: n——-@earthlink.net
Subject: llama loose on lansing at 3:40pm

We aren’t merely concerned with traffic on earth, though. Some of us are reporting possible alien visitors:

Left my bag in your ride. Where are you guys?

I guess the guy’s email address tells you all you need to know. And we are famous for weed around here.

The message board are useful for locating, or attempting to locate, people as well as bags of weed:

Who wouldn’t want donkey pics? Or maybe who would?

The last storm was a doozy and there was much comparison of rainfall at various locations and questioning about road closures. These caused something of a dilemma for one of my neighbors:

For yesterday and today I have 5.7″ on my glass gauge and 5.61″ on the digital as of 8 pm. Has anyone traveled Flynn Creek Road and Comptche Ukiah to hiway 128? Got a friend with a 90th birthday in Santa Rosa tomorrow. I am wavering between love and stupidity, but not as far as insanity.

When you’re done, you’re done. This delightfully named gentleman may be the original Grumpy Old Man:

Merlin Tinker announces his Retirement. I’ve repaired Sewing Machines and Clocks on the Coast for 48 years.That’s more than enough. I quit. I retire.

Please don’t ask if I can refer someone to take my place. No, I’m
retired. I’ve done enough. Find your own someone.

I turn 80 this year. I should have retired at 65, but kept responding
to calls.

Maybe close to half a century of repairing other people’s stuff will do that to you.

And perhaps Monkey can pick up Merlin’s discarded magic wand:

Have small electrical upgrade job for him at Be Kind Farm.

Maybe Monkey can take some donkey pics while he’s there?

A YEAR AGO: Oh, Blake. We still miss you. It was so hard to say goodbye.

FIVE YEARS AGO: An early (and unpleasant) heat wave.

TEN YEARS AGO: An early appearance of the cat who would become my dear Henry Etta, here known as Grey Cat. I am so glad I brought her with me when I escaped from Oakhampton!