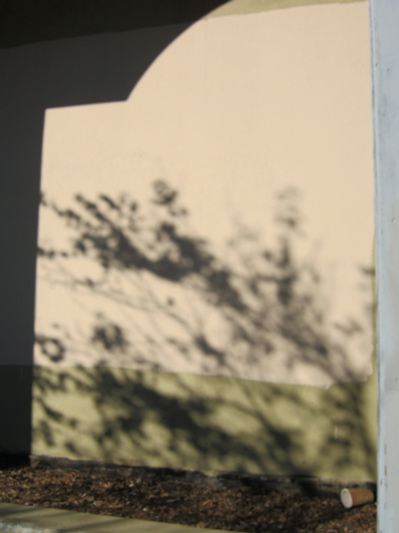 It was hot’n’heinous yesterday and slated to be the same today. This is an unusual (I hope) phenomenon here on the Coast.

It was 85 degrees when I got home around 6:00 last night, just in time to witness the Leafs lose their first playoff game in 8 years in a spectacular fashion. Good thing I stopped at the store for a bag of ice (and Otter Pops) on my way home, so I could put ice in my drink. It melted almost as quickly as I did.

I was very thankful for the screen door Rob installed for me. It still needs a doorknob and a real fastener, but I got a hook and eye and screwed them in. So far it’s keeping the door closed at night. I may be jinxing myself here, but the cats have pretty much ignored it so far, which I find sort of astonishing. I had expected Audrey to be crawling up it and clawing at it immediately. Last night she slept on top of the armoire, which is door (and breeze) adjacent, the clever girl.

It had been a fun day at the jobette. I chatted with a woman who had been a real, live Pan Am stewardess! I told her how much I loved the wonderful, glamorous, far too short-lived show, and she said that the reality was actually much more glamorous. How awesome is that? She said they stayed in the best hotels and had the best of everything, even though they weren’t paid that much.

The political intrigue and drama on the show was accurate, too. She was boarding a flight in Teheran (the friend who got her started as a stewardess was the personal flight attendant for the Shah) when the guy behind the desk took her passport and told her she couldn’t leave the country. She noticed that a Swissair flight was boarding, so she went to their desk and explained the situation. The Swissair guy told her to get on the flight to Geneva and he would get her passport to her. She did so, and just before the door closed, a hand appeared with her passport, which was given to the head flight attendant.

Talking to people and learning their stories is probably my favorite part of the jobette. And I continue to be amazed by how many exceptional people are attracted to this little corner of the world.