Our multi-tasking was made easier by the fact that Luna had moved to the Village from the Big Town. Megan’s parking luck held as we pulled up right outside: 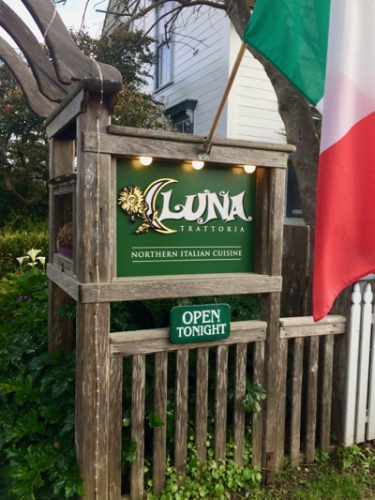 We followed a very pretty gardeny path to the restaurant: 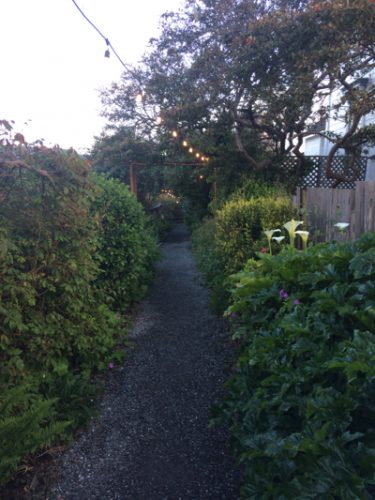 where we were greeted by both Lu and a mob of people. The restaurant does not take reservations except for large parties, and the place was jam packed. We went to wait in the little garden outside.

It was the first time I had seen Lu since the first grandchild arrived about three weeks earlier, so we had lots of catching up to do. It is somewhat alarming when your friends start becoming grandparents. The baby himself is lovely: 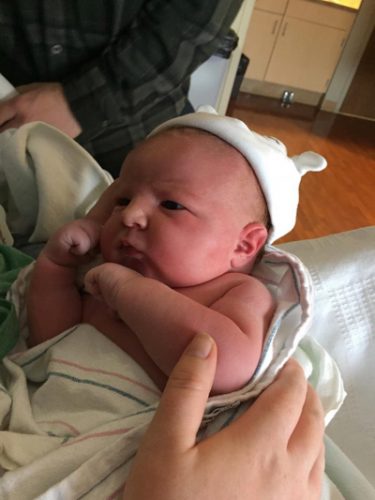 He is a happy baby and despite his impressive size (nearly 10 pounds at birth), is as relaxed as his début, where his mother slept through labor and it took a mere 20 minutes for Dean to arrive in the world. Can’t ask for better than that.

When our table was ready, we went upstairs, past the singer who had also sung at Lu and Rik’s wonderful wedding. It was less hectic up there: 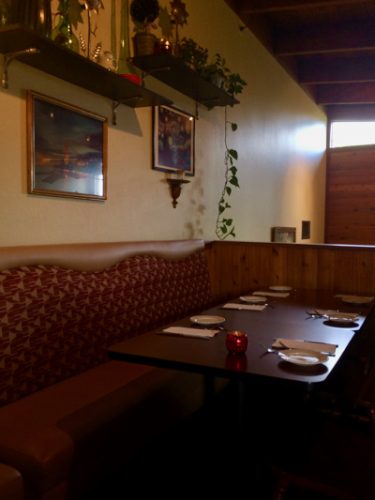 and we had time to drink some wine and nibble on bruschetta while we decided what to have for dinner: 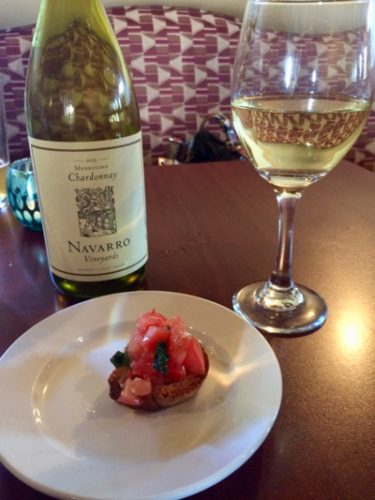 Lu had lasagna, Megan had pasta sangiovese, and I had penne alla vodka: 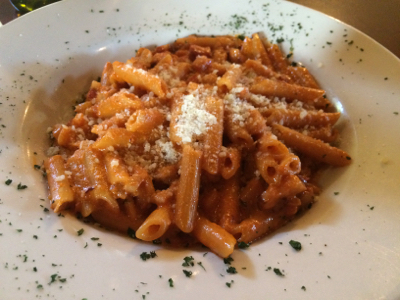 It was delicious. You can tell that they make their own pasta and it is really good. It was so nice to enjoy our dinner and each other’s company.

After dinner, we made our way to the theater: 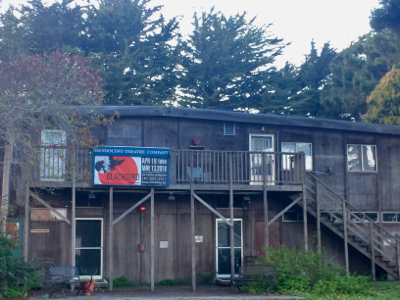 where Megan again parked right out front. Inside, we discovered that the lobby had become more elegant: 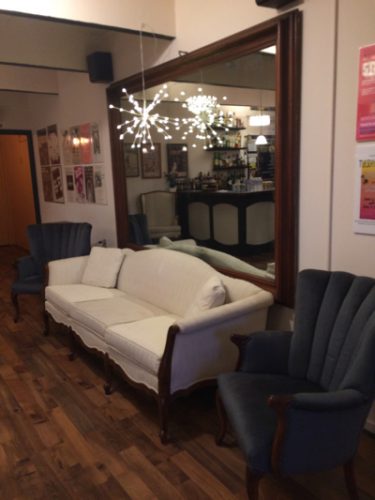 The bar, and more importantly, the bartender were the same. In honor of the play we were about to see, Blackbird, he concocted a black cocktail with blue curaçao, vodka, lime, and cranberry juice, garnished with blueberries: 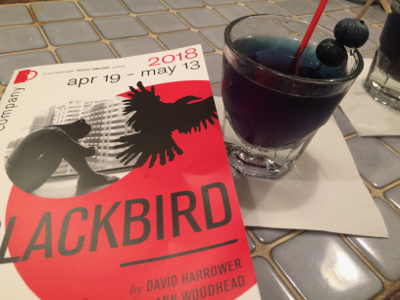 It turned out to be better than the play. From the description:

“He moves to another town. He changes his name. But now she finds him and confronts him about a 15 year old crime – a crime for which he’s been to prison. This hauntingly poetic play by one of Scotland’s most notable playwrights will challenge audience members to question their perceptions.”

we thought it would be a mystery, but it turned out to be about a victim of statutory rape (then aged 12) hunting down and confronting her rapist years later. It was pretty upsetting stuff. The acting was really good, but it wasn’t quite the fun night out we were expecting. At least dinner and the company were wonderful!

A YEAR AGO: A fun day at the bookstore. Is there any other kind?

FIVE YEARS AGO: The birth of an orchard.

TEN YEARS AGO: Ugh. What a horrible trip.