You’d think that last year’s garden building extravaganza would have tuckered my siblings out, and that all they’d want to do this year is hang out in the palatial 6,400 square foot garden with an adult beverage or two. Instead, they decided to build an orchard next to the garden.

You remember the drill, right? Your machinery-wielding friend comes and digs up the unyielding soil: 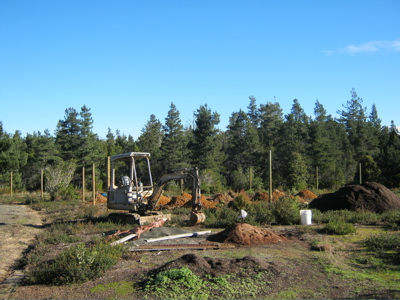 Then you remove all the root balls by hand and import truckloads of real dirt and dig holes for the new trees: 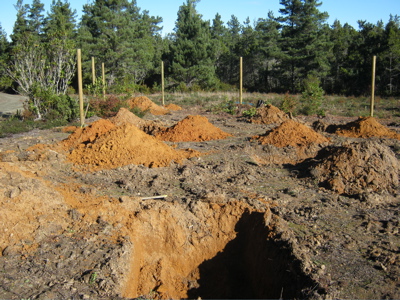 I “helped” by digging the last two holes. One was way too deep and other wasn’t wide enough.

Megan and Rob moved two of their apple trees over to the new orchard. Here you see the boys working on the problem of getting the trees from the truck into their new homes: 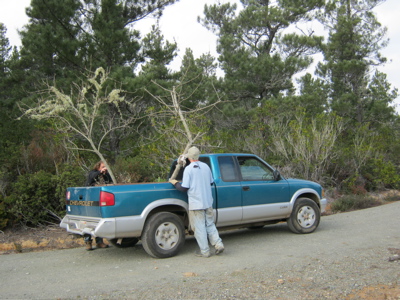 And here’s one of the trees after replanting. You can see that it’s covered in a lichen called “Old Man’s Beard”, a relative of the famous Spanish Moss one sees on trees in the South. This particular lichen is extremely sensitive to air pollution, so you can see that the air in Hooterville is pretty clean: 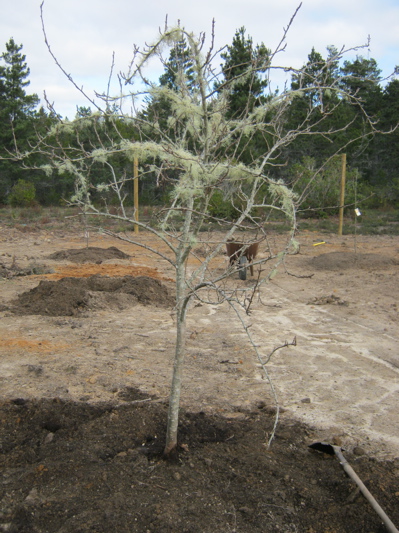 After that, it was time to spread hay all over and seed it with vetch to keep the dirt from blowing away in the dry summer months: 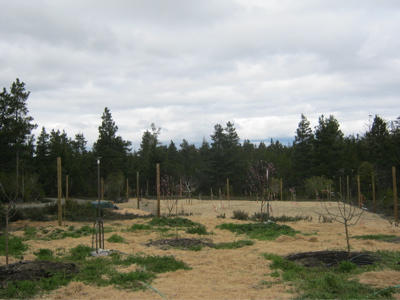 They also installed a drip system, since hand watering 19 trees is too onerous a task, even for them.

Yes, 19 trees, including various apples, Asian pears, regular pears, cherries, plums, and peaches. The trees started flowering in February, to the delight of the bees on the property: 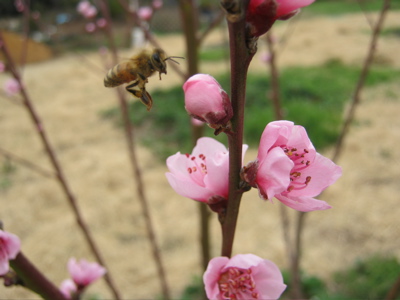 It’s been deer- and rabbit-fenced, but it will have to be electrified at some point to discourage marauding bears from raiding the fruit.

Whenever I hear Bruce Springsteen sing “Working on a Dream”, I think of my hard-working siblings and the dream they are making into reality.

7 thoughts on “Working on a Dream”