Last weekend, I had a craving for Thai food. When you live in Hooterville, or, in my case, on the distant outskirts of Hooterville, fulfilling your Thai food craving is not as simple as calling the restaurant and having them deliver it. It means about three hours of driving. But it’s a beautiful drive, and it was a beautiful day, so off Wednesday and I went.

Even as I drove down the Ridge: 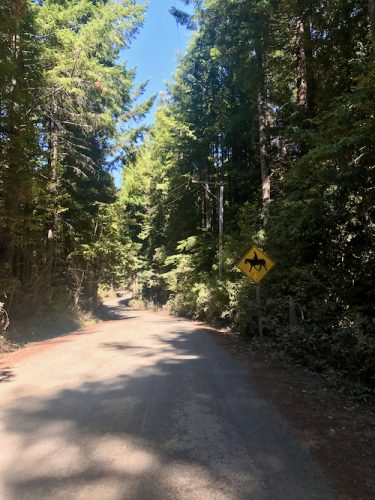 I wondered if I was really going to do this and if I was out of my mind to go so far just to get dinner. I am such a bad decision-maker. Even when my course is set and it’s too late to change my mind, I’m still wondering if I made the right decision.

The ocean was feeling pretty that day: 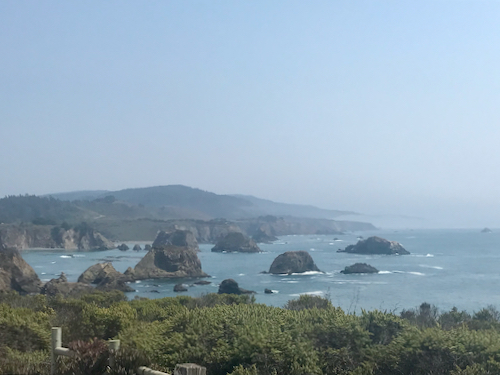 It was a lovely drive, with trees arching over the roadway: 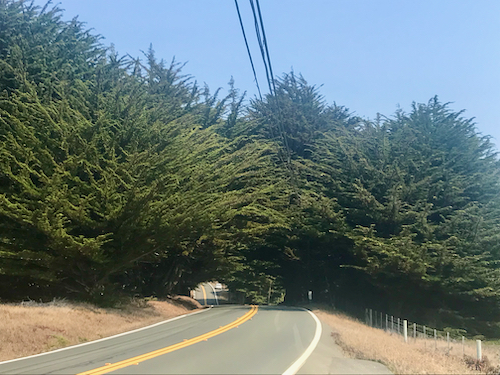 Cows grazed peacefully in meadows full of wildflowers, and horses’ fur shone in the sun. Three little spotted fawns stood by the side of the road with their mother. They were incredibly cute.

As I drove, I thought of our long drives to Maine in my childhood summers. It was about 600 miles and took more than 10 hours. I realize that the drive to Maine was one of the rare occasions when we actually went to restaurants as kids. We’d usually stop at a Howard Johnson’s on the way. I still remember the orange roofs. And the fried clams and rainbow sherbet. Once in Maine, we would get popovers at Jordan Pond House – still a delicious Island tradition – and lobster rolls at Beal’s (ditto). But back in upstate New York, we did not go out to restaurants. In fact, I can’t even think of one in the little village of Dryden, where we lived then.

We certainly did not eat Thai food when I was a kid. I wonder what I would have thought of it back then. Present-day Suzy was quite pleased to arrive at the restaurant right when it opened, first in line to order. As I waited, I admired the décor: 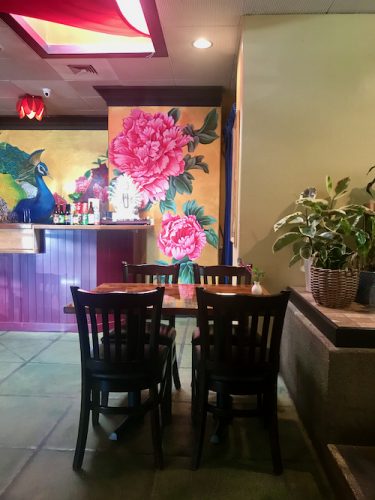 It wasn’t long before I was headed back home, with fresh spring rolls, Massaman curry, and crispy cashew prawns. It was a delightful drive and a delightful dinner.

A YEAR AGO: A beautiful tree to remember The Beautiful Harriet.

FIVE YEARS AGO Some bad omens.

TEN YEARS AGO Things were unglamorous.