As March draws to a close, it continues its wintry ways, with late-season rain – though probably not enough for a Miracle March this year – and chilly temperatures. It’s been frosty, even at the coast, and the last storm we got was the stormiest of the season. Maybe it’s a last hurrah and I will wake up one day to find it’s 80 degrees out.

I took advantage of a break between the storms to have a look around the garden.

The many tulips I planted so hopefully last Thanksgiving have dashed those hopes. It’s nearly April and so far I have one, rather mutated tulip: 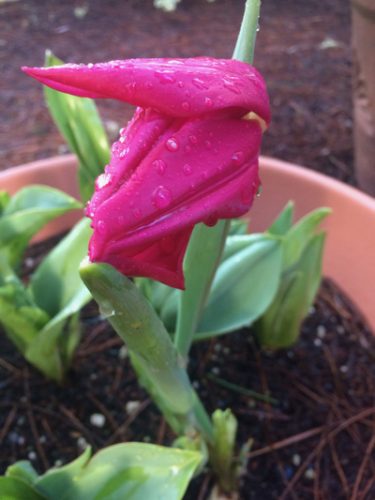 which I have been calling The Lone Tulip of the Apocalypse. The other plants haven’t budded at all, though they have stunted leaves. Something clearly went wrong, though I don’t know what. What I do know is that I did not get the flowers and color I hoped for in February, when you really need it.

The usually reliable orchids have barely begun to bud: 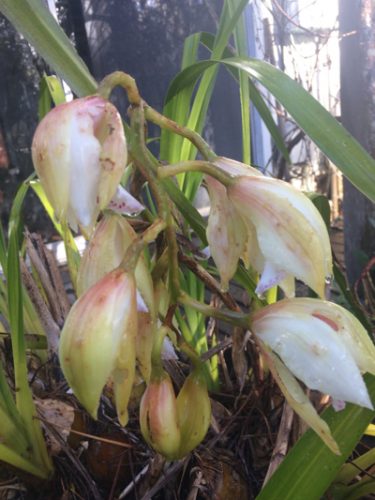 Normally, they flower in February and look beautiful for several weeks. 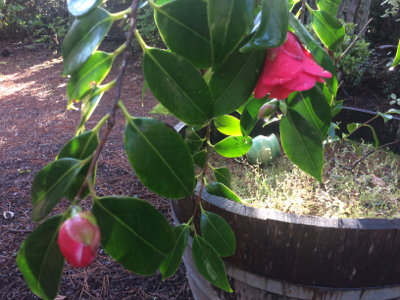 but that’s it so far.

The volunteers, however, are doing just fine. These pretty blue flowers just appeared under the Japanese maple. They may be hyacinths: 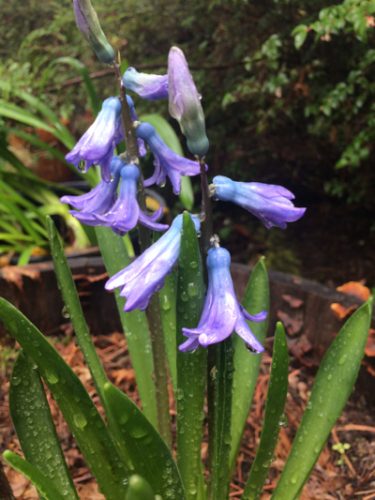 And these pale little daffodils, or possibly narcissus, have been blooming for several years in the wine barrel that also houses the jasmine vine: 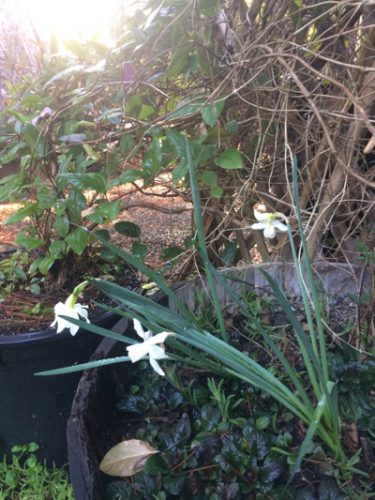 I am pleased to report that the purple honeysuckle is very happy in its present location, right beside the jasmine. They have exhibited exemplary teamwork, with the jasmine climbing up to cover the balcony railings, and the honeysuckle slowly spreading across the lattice to hide the garbage and recycling bins from sight, if not from bears and dogs. So at least one of my garden dreams more or less came true.

A YEAR AGO: A lovely visit to the South Coast.

TEN YEARS AGO: A book report.