On Saturday, I took Star to the beach. Megan felt that her remaining dog was being neglected during the Great Schatzi Search and was overdue for some fun.

Star hopped happily into Miss Scarlett – I remain convinced that she remembers this is the car that rescued her – and sat beside me in the passenger seat. It was great to have a living, breathing dog beside me after so many days desperately searching for one who wasn’t, and Star was wonderful company. The only drawback was her tendency to lick my face, which can be hazardous while driving.

We stopped at the hardware store to see if they could copy the flyer I had made. They could, but only in black and white. Better than nothing, though, so I asked for 20 copies. The cashier had had the same experience with her own dog many years ago and sympathized with what we were all going through. I have to say that this crisis has really made me appreciate our neighbors and little community more.

Back in the parking lot, our postmistress – who brings her own brindled pit bull Ginger* to work every day – was washing the post office windows, even though they are officially closed on Saturdays. She said, “I think I have a package for you” and went in to get it. She returned with my package and a cookie for Star. I said that she probably wouldn’t eat it, but to go ahead and try. As predicted, Star rejected it, being used to a much higher caliber of treats (I kept this comment to myself). A neighbor came by and petted Star through the open car window, and I could tell she was enjoying the attention.

We headed to Big River beach, the site of my brother’s fearlessly frigid Polar Plunge a few months ago. It was early enough that we had the beach almost to ourselves. Star was incredibly excited when we turned off the road toward the beach. She wasted no time in exploring: 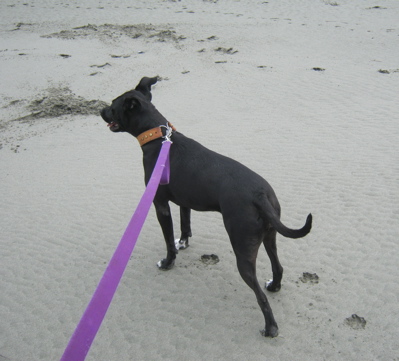 leaving Star prints in the sand: 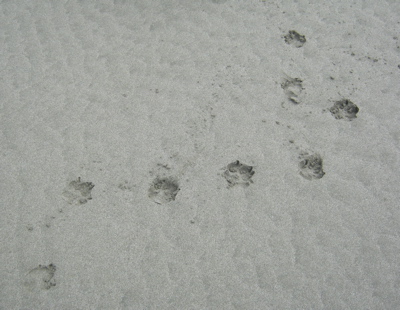 She happily sniffed the beach flowers: 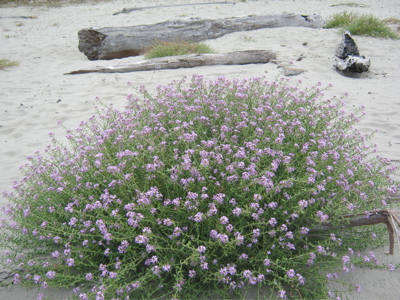 We admired the tide pools as we headed toward the bridge: 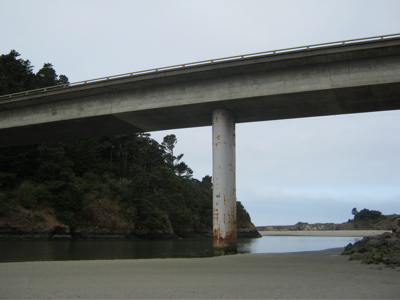 This is where the river meets the ocean, and the water is so clear you can see all the pebbles and seaweed: 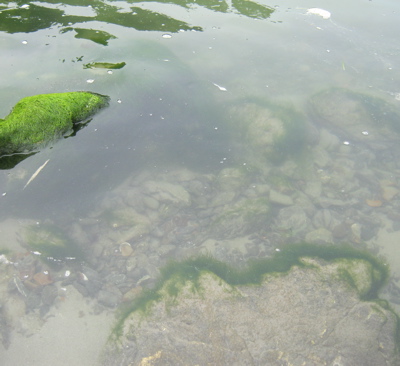 Star avoided the water itself, but she was definitely happy to be at the beach. I really enjoyed my time with her. I should do it more often.

*Ginger may well be Hooterville’s most popular resident. Megan and I often stop in just to pet Ginger, and we are far from the only ones.