It appears that I was determined to pack as much fun as I could into my long weekend. If that was indeed my goal, I definitely succeeded.

On Saturday night, I attended a concert which was part of the Mendocino Music Festival. It was held in the lovely Cotton Auditorium, which was built in the 1938 as a Public Works Administration project during the “New Deal” and named after then-Principal Joel Cotton: 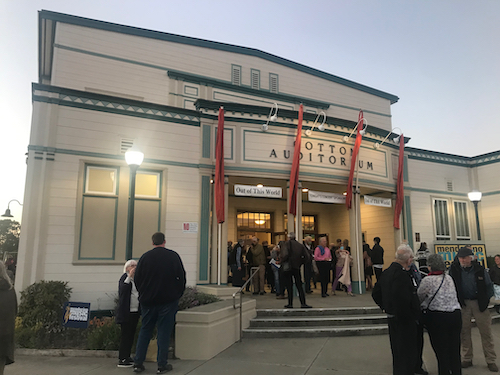 It seemed like a long time since I last saw the Symphony there. This was the first time I sat in the balcony, and much like sitting in the balcony at the Arena Theater, where Megan and I see ballets and plays live-streamed, I am now a convert to balcony seating at Cotton Auditorium as well. You can see the stage and appreciate the playing so much better from that height: 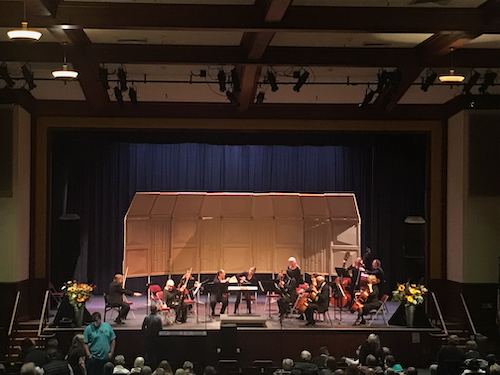 The program was short, at just an hour, but there was no tedious intermission (yay!), and the program was wonderful: Bach’s Brandenburg Concerto No. 3; Tchaikovsky’s Serenade for Strings in C Major; and Samuel Barber’s Adagio for Strings. The playing and conducting were amazing, and I thoroughly enjoyed every moment.

A YEAR AGO: The adventures of Dodge.

FIVE YEARS AGO: The horror of the annual staff meeting.

TEN YEARS AGO: Farewell to our beloved Erica and Jessica, who moved to Portland.

FIFTEEN YEARS AGO: Prettying up the already Lovely Rita.

TWENTY YEARS AGO: Seen and heard around town.