This month marked what is probably the last inside family dinner for a few months. We had it at Rio’s compound, and the weather was nice enough for us to sit on the front deck in the sunshine with a keg of the cider we made last fall, laughing and talking. Appropriately enough, we were joined by our fellow cider maker and good friend Clayton: 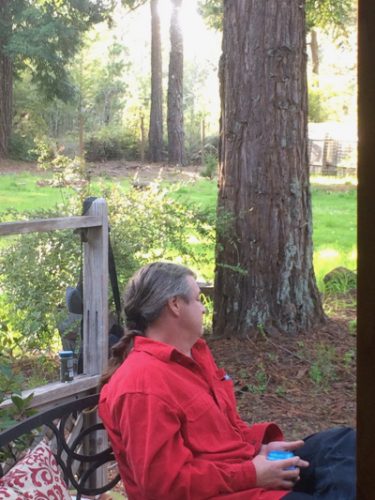 who had ridden his red motorcycle up from San Francisco to join us, across the Golden Gate Bridge, through the wine country and redwoods and beside the ocean. Over the ocean and through the woods to Rio’s house we go!

Rio had the door open so we could enjoy vinyl records played on her turntable inside the house. Some of the records had album covers designed by Rio’s father*, who was a quite celebrated album cover artist, designing for greats like Miles Davis and Billie Holiday.

We had lasagna for dinner, followed by chocolate ice cream with a warm cherry sauce made by my brother: 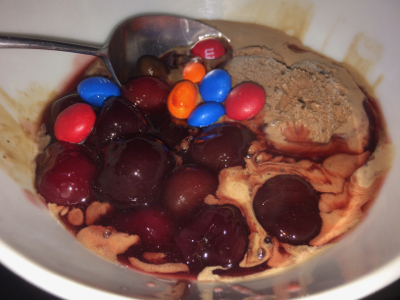 he also threw in a handful of M&Ms. Why not?

After dinner, we gathered around the Predicta: 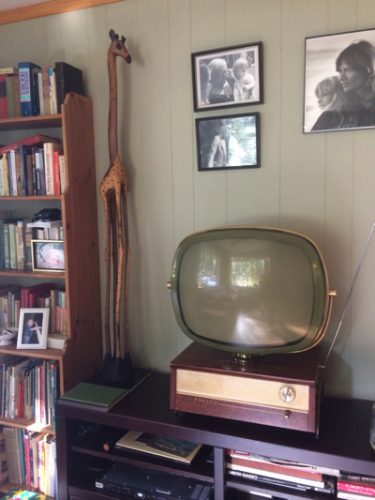 to enjoy vintage television together. This evening’s entertainment had a beautiful blonde theme, starting off with an episode of “Bewitched”, starring the bewitchingly lovely Elizabeth Montgomery, followed by “Honey West”, with the equally lovely Anne Francis. Honey West featured an early cameo by Maureen McCormick, later and better known as Marcia Brady.

It was a delightful evening.

*Coincidentally, both of our fathers were named David.

A YEAR AGO: A road trip to Willits for us and one to Oregon for Rio and Jonathan.

FIVE YEARS AGO: Spring planting in the garden.