It was nice having four days off in a row. On one of them, I slept until 10:30 am. I can’t remember the last time I did that. I also went to bed at 8:30 pm that same day and slept through to 6:30 am the following day. Life has been exhausting lately.

Megan and I packed a lot of fun into one of the days off, though. We started off at the crafts fair at the Arts Center in the Village. We arrived at the last hour of the last day, and it was refreshingly uncrowded. We were greeted by some outsize, outside tomatoes: 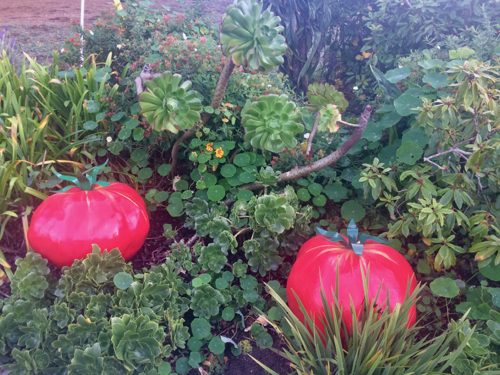 and a charming little mosaic frog: 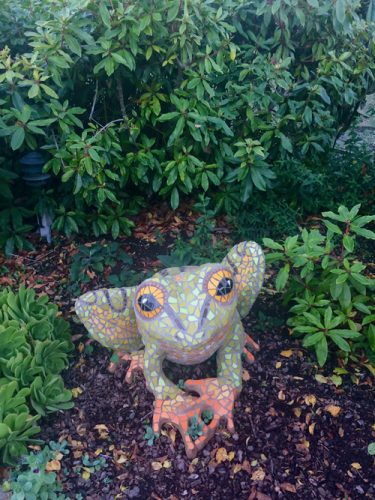 He must have been glad to see the rain.

I bought a charming little bird to keep my father the ornithologist company: 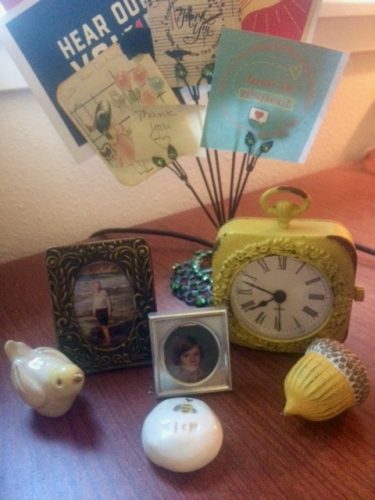 and Megan and I both bought hairpins embellished with antique buttons. I put mine on immediately.

Our next stop was Luna Trattoria, where we found a quiet table in the gracious surroundings and were looked after wonderfully. Fresh bread arrived with olive oil in a moon decanter and balsamic vinegar in a star decanter: 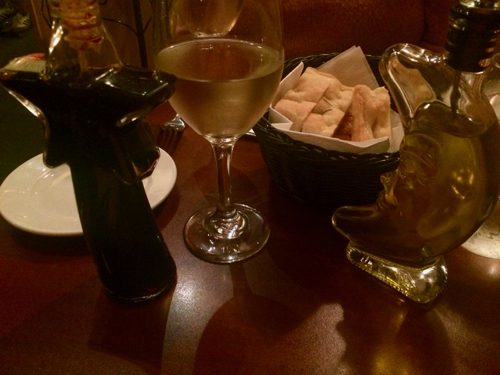 Our wine arrived with a standing ice bucket, replete with a napkin for catching drips. Not that we had to pour any wine – the owner and the server saw to such mundane details. We started our lovely dinner with a perfect bruschetta: 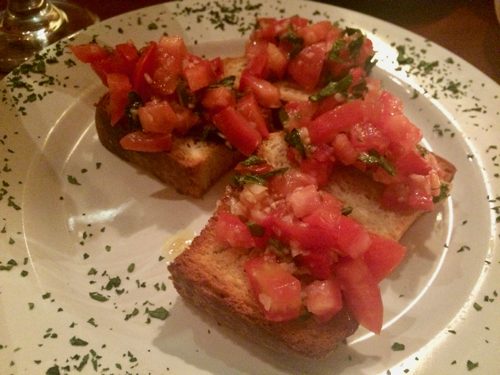 It had just enough garlic, and the basil and tomatoes were fresh and flavorful. I followed this up with penne alla vodka with pancetta: 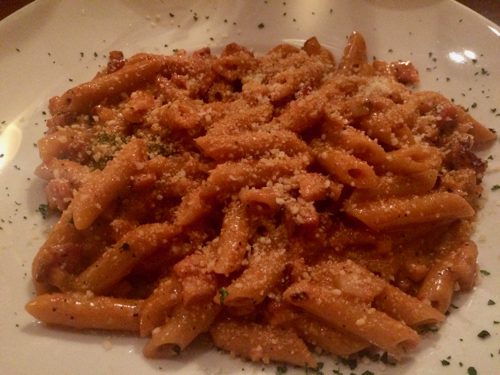 It, too, was just perfect, a great balance of flavors.

We enjoyed a leisurely dinner while catching up with each other’s lives. Our schedules are so far off now that we don’t see each other as much as you’d think, especially since we no longer live on the same property.

After dinner, we headed to the theater and its welcoming little bar: 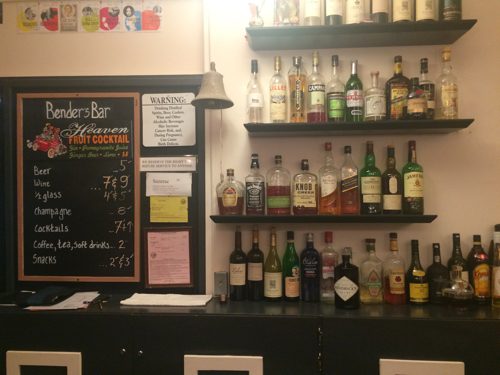 The bartender creates a special drink for every play, and was kind enough to make Megan the drink from the last play, which featured Crème Yvette (a new ingredient to us) and blue Curaçao. I had this play’s drink, called Heaven Fruit cocktail. It is composed of gin, pomegranate juice, ginger beer, and lime. They were both delicious. 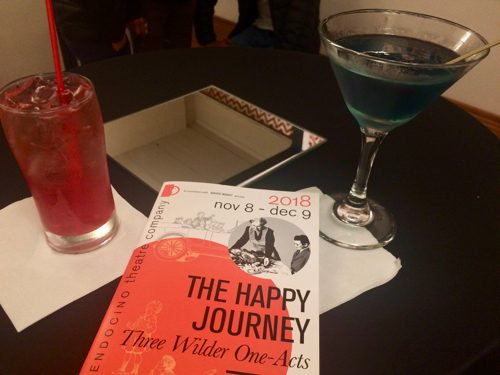 The play was three one act plays by Thornton Wilder, perhaps best-known for “Our Town”, though I also admire his screenplay for one of my favorite Hitchcock movies, “Shadow of a Doubt” (filmed in nearby Santa Rosa). If you know “Our Town” – and most former high school students do – you may not be surprised to hear that all three had a recurring motif of mortality. They were clever and we enjoyed the performance. It was another great evening for the sisters!

A YEAR AGO: I was feeling a LOT more festive.

TEN YEARS AGO: Enough with the Thanksgiving already!