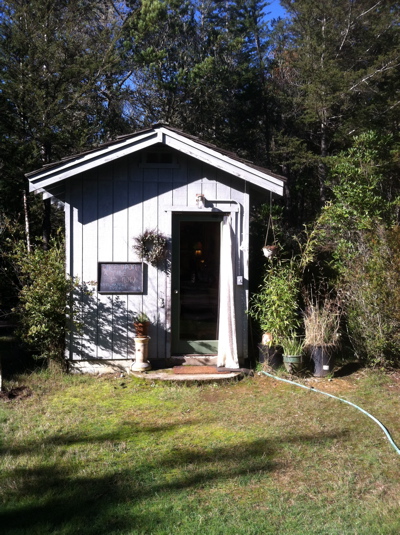 Little salon in the big woods

It was high time to get my hair cut and re-blonded. I made my way to Angelika’s little salon in the big woods.

You can tell you’re approaching her driveway because of the always-decorated trees. Even the gate is welcoming and tinselly: 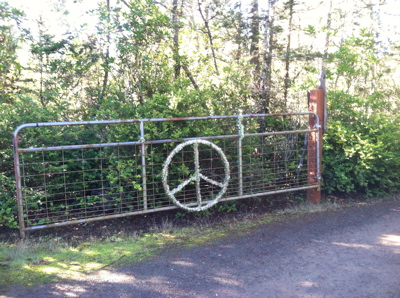 You can feel yourself relax when you get there. I love the little sign on her salon: 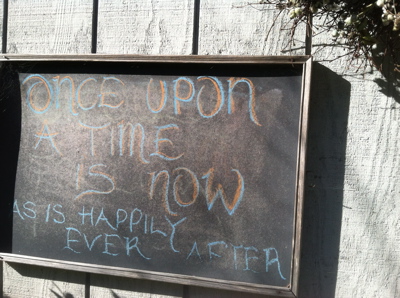 “Once upon a time is now, as is happily ever after”
When you go inside, it’s warm and cozy and scented with lavender. It’s a pretty space to get more pretty in: 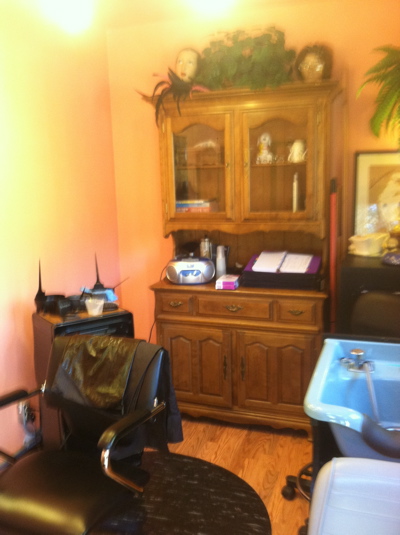 Angelika is meticulous about highlights not being stripy (stripes look good on Audrey, but not on her staff). She said that when Lichen does her highlights, she’s always asking him to make the sections thinner. She actually uses a paintbrush on mine, and wraps it in some kind of special paper to process. I’ve had foil before, but never paper. Even Lichen had to learn how to use it.

While the three shades of blonde were blonding me, Angelika and I caught up. She said that it was a funny coincidence that I’d called her for an appointment, since she was going to call me and I beat her to it. She was heading to Germany for her parents’ 50th wedding anniversary and her 30th high school reunion (as I write, she is there) and wanted to check in with me to see if I needed anything since she’d be gone for a month. So it was meant to be!

I realize that I only know three people whose parents are a) still alive* and 2) still married. Angelika’s parents still live in the house she grew up in, and of all her classmates, she is the only one who doesn’t live in Germany. I don’t think Europeans have the same culture about moving that we do in North America.

With my hair and spirits refreshed, I made my way home in the winter sunset.

*My boss/partner lost his father at the age of 91 on Sunday. His father’s final words to him were “You’re a fine man.”

One thought on “Refreshed”