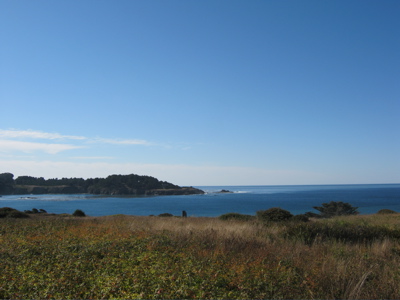 Megan and I were invited to a wine tasting at a friend’s house in the Village on Saturday night.

We thought it would be fun to stay overnight in the Village instead of trekking back home in the dark after the party, so we decided to stay at a hotel. There was a fire blazing on the lobby hearth despite the 80 degree day and a very slow desk clerk, so Megan went outside to avoid wilting. Finally checked in, I received an actual brass key and a map to help us find the room.

Needless to say, I still managed to have trouble finding not only the room, but my sister. The room was set in a separate building in the hotel’s gardens. It was very Victorian looking and smelling, with a fireplace and brass beds. We dropped off our things, discovered the wifi didn’t work (what else is new?), opened a few windows, and headed out to get some dinner.

The pub, where we usually go on the rare occasions when we go out to dinner, was packed to the gills, so we tried the café down the street. We were eventually seated at an outdoor table, but after twenty minutes, we had still not seen a server. Maybe waitresses are mythical creatures, like unicorns. We left, and they may not have noticed yet. Third time was the charm, as we found a little place where we got sandwiches before heading to the party.

Everyone from the jobette was the party, and also Dr. Sue, who it was nice to see in a non-professional capacity. I realized how much I have become a part of this little community in the four short years I have lived here. We tasted wine from Bordeaux, Napa, and Sonoma. True to form, I liked the Sonoma the best and so did Megan. I wonder if Dad would have preferred the French wine. I’m sure he would have enjoyed the party.

We headed back to the hotel, jumped into our PJs and opened a bottle of non-fancy local wine and watched a little HGTV. I have to admit that I love those shows where people are looking for a house and freak out over things like no granite counter tops or walk in closets. They wouldn’t last a day in my hippie hovel, with no closets and a three foot wide counter, made of (gasp!) painted wood. This gives me a delightful feeling of superiority, an unusual experience for me.

In the morning, Megan bravely ventured out to get coffee. She was gone so long that I began to worry a little, though what could happen in the Village on a sunny Sunday morning? It turned out that she was talking to a couple of homeless dog owners about how to get their pets spayed for free and how important it was. We “euthanize” a dog every fifteen seconds in this country. If people only spayed and neutered, there would be no more homeless pets. Imagine a world where dogs are rare and there is a waiting list to adopt! Kudos to my friend and fellow blogger Mike, whose family adopted a homeless dog from Greece, where the economic crisis has caused a dramatic increase in shelter animals.

We checked out of the hotel on the second try (the first time, there was a sign saying “Back Soon”), and wandered around the Village. As you can see, it was a picture postcard card day. There was no sign of fog, and it was warm even first thing in the morning. It was fun to play tourist in our own town before heading home to get ready for the work week. I always have fun with my sister.

One thought on “Wine Whine”