It seems only appropriate that I am back home in Hooterville on the fourth anniversary of my move here. Although I enjoyed the trip to LA, it made me appreciate my quiet country home more than ever. I think it’s safe to say that the bumpkinization process is complete.

On my last day in LA, I took a walking tour of downtown. The tour guide is a Southern California native who is passionate about Los Angeles and its history. We met at Angels Flight, the shortest railway in the world: 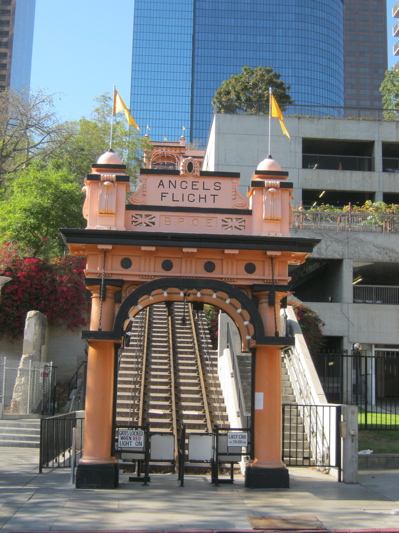 It was built at the turn of the 20th century to connect the mansions that were then on Bunker Hill to the shopping district below. After the 1929 market crash, the mansions were abandoned and became brothels. Eventually they were replaced by the skyscrapers you see now.

It costs fifty cents to ride Angels Flight when its operational. Unfortunately it is closed following a derailment last month, but hopefully it will open again soon.

Across the street is Grand Central Market: 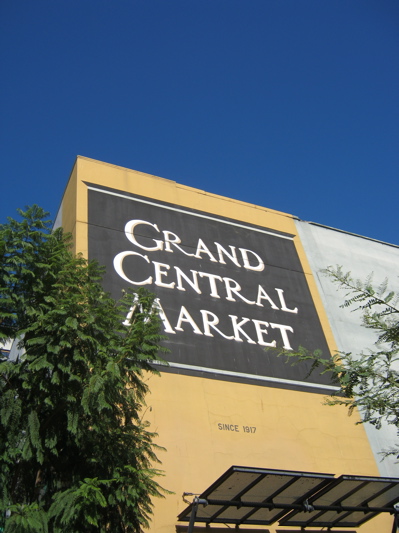 This was built in 1917 and would have served the mansions’ servants. Now it’s a bustling, vibrant collection of restaurants and food stalls and well worth a visit.

Just a couple of blocks away is the iconic Bradbury Building, perhaps best known from the movies “DOA” and “Bladerunner”. Here is the exterior: 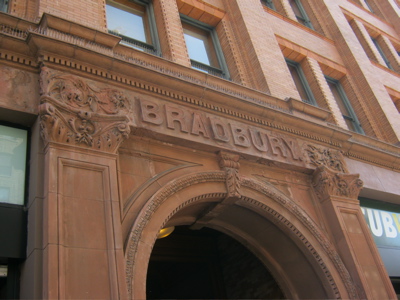 And the interior, flooded with light from a huge skylight: 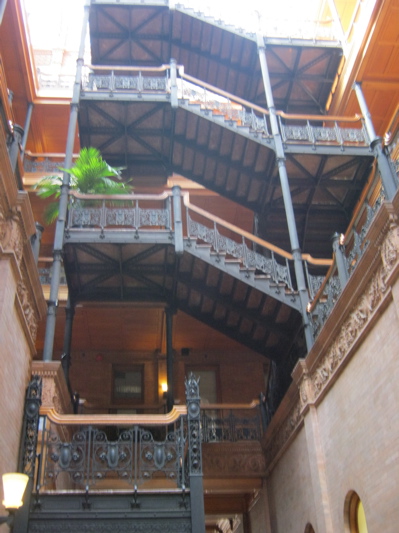 Photos do not do it justice. Even the elevators are masterpieces of metalwork: 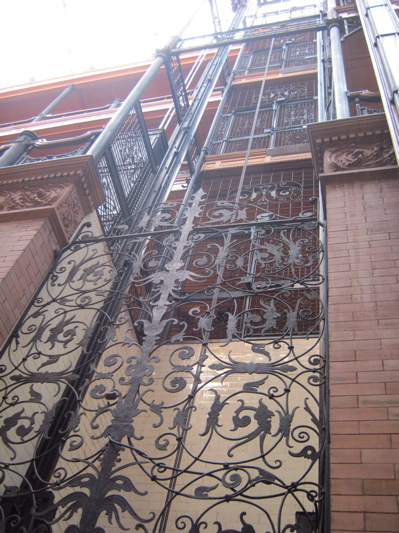 When City Hall was built, there was a height restriction of 150 feet for buildings downtown. The builders of the landmark building were allowed a one day exception to the rule, long enough to get the blueprints approved. The idea was that this would be the grand symbol of the city: 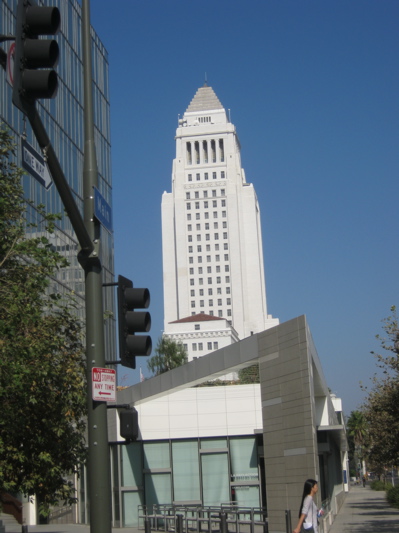 Across the street from City Hall is the Cal Trans building: 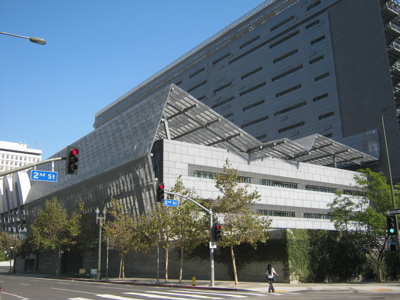 This is the only building in California that extends out over the sidewalk. If Cal Trans can’t do it, who can?

I loved this art deco building: 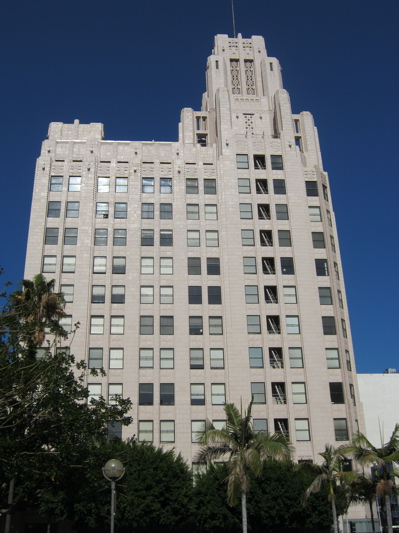 Note the lack of palm trees in the downtown area. This is because most filming – and LA is the most filmed city in the world – takes place here. It would spoil the illusion that it was New York or Chicago with palm trees in the shot! Filming was taking place at several locations as we walked by, and I noticed that near the buses and equipment there were yellow signs saying odd things like “Biscuit”. This is code for the movie name, so that people don’t mob the set looking for, say, George Clooney or Matt Damon.

It was fascinating to see how downtown LA is changing and growing. Once elegant hotels became skid row accommodations, and now are being converted to condos and lofts. Vacant storefronts were taken over by artists looking for affordable gallery space, and now the Art Walk attracts up to 50,000 people each month. The artists’ presence has made the area more desirable, so boutiques and higher end restaurants and bars are slowly moving in. You can see the gentrification process happening right before your eyes, a rarity in such a well-known and populous city.