A couple of weeks ago, John spotted a young cat who looked a lot like my boyfriend, Frank: 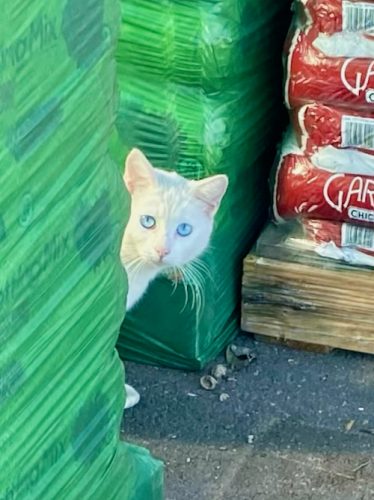 We called her Baby Frank, even though Frank is (thankfully) neutered, until John managed to capture her and named her Milou, the French name for Tintin’s faithful sidekick (the English version is Snowy). He contacted a nearby rescue, who were happy to take Milou, and in fact they had found a guy who wanted to adopt her before John could even bring Milou to the rescue.

The vet who examined Milou noted that she was near the end of lactation, so that meant she had kittens somewhere. Here’s John’s account of what happened next:

When I was feeding the colony the next day, the kittens tucked away in one area of the bushes went nuts when they heard my voice. I wasn’t really sure what to do but then I started thinking I can’t possibly leave them there another night because they sounded so damn hungry. So I was texting back-and-forth with the ladies in Mountain View asking should I grab them and they said yes.

As we’re all texting back-and-forth we suddenly realized that Milou had been discovered to be still lactating when she was taken to the vet after she left my house. Not only that, but this litter had two little white cats that were all white except for the faintest touch of color on their heads. I’ve never seen any all white cats at that colony in the years I’ve been feeding there. Milou was the very first one like that, so I scooped them all up and brought them home.

I got three of them easily because they were loud and very strong, and I was going to leave when I thought there had to be one more. Last year the three litters I pulled out of there were all four kittens each, and Willow had four kittens, even if two were stillborn.

I waited for a while for a lull in the traffic, because the freeway is right there, and then I started calling, and I heard the tiniest voice way back in the bushes. I climbed so far into those goddamn bushes that I literally couldn’t crawl out with just one hand, so when I grabbed the last kitten — I couldn’t see her so I was feeling around under the bushes and using my ears to guide me, and I grabbed her — I held her in my mouth just like a mom cat and then backed out on all fours. It was fucking ridiculous, but it worked.

While Barb, the elderly lady — why is it always older ladies doing this shit! — was driving here from Mountain View, I used cotton balls to stimulate the kittens to pee. They all had to pee really bad so I’m glad I did that. I also got between one and two syringes of formula into them, and once again thank God I always have a can of formula in the cupboard. Anyhow here are a few pictures. First is one of the kittens: 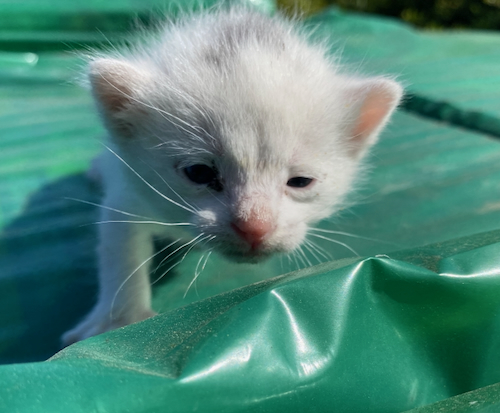 second is the kittens: 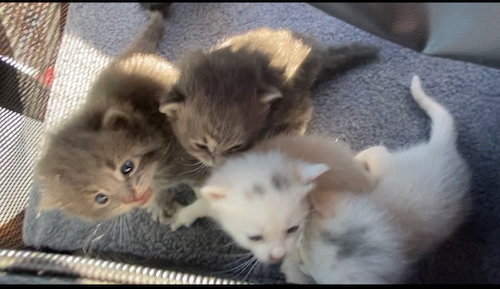 and last is a screenshot of a video showing how the evening ended: 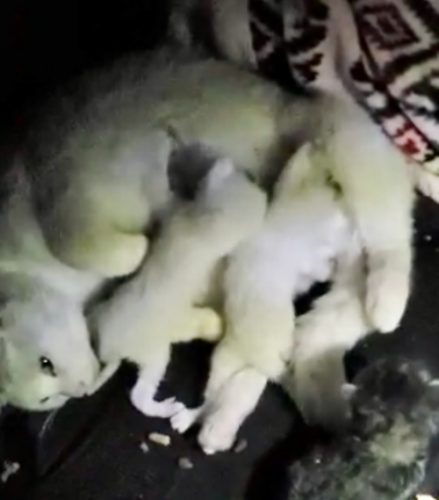 A YEAR AGO: Adventures in baking.

FIVE YEARS AGO: A flat tire turned into a life-affirming experience.

TEN YEARS AGO: A trip to the DMV. Not as bad as you’d think.

TWENTY YEARS AGO: Haha! This seems to be the season for getting a new computer!