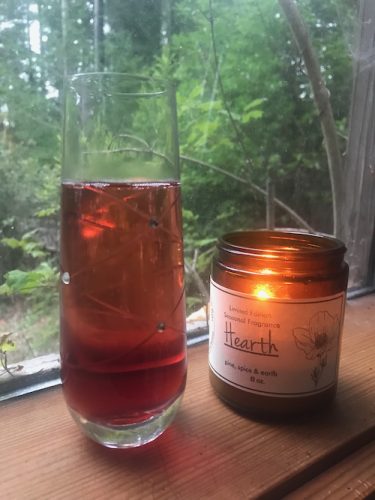 Cheers to the long weekend!

I celebrated the long weekend with a new cooking adventure: making har gao. They are my favorite dim sum, and after my success making char siu, I was emboldened to try my hand at har gao, especially since the closest place to get them is Santa Rosa, and even I draw the line at driving 5 hours round-trip to get dim sum. I’m willing to drive over 2 hours round-trip for Thai food, but even my extreme takeout has its limits.

Fortunately, I had acquired a very nice bamboo steamer and silicone mat inserts during my trip to Santa Rosa, and I had frozen shrimp on hand, so all I had to get was wheat starch (not flour) and tapioca starch.

I was bemused by the recipes I saw that included bamboo shoots and other things that I considered to be extraneous and unnecessary. The point of har gao, I thought, was to let the shrimp shine. I consulted A, who in addition to being an excellent cook and amateur food critic, was also born and partly raised in China. She agreed with me that all it really needed for a filling was shrimp, white pepper, and a bit of salt. Maybe a dash of sesame oil.

So that’s what I did. I chopped the shrimp roughly, added about a spoonful of sesame oil, dusted it with flaky Maldon salt and white pepper, and mixed it up. I was both surprised and pleased by how easy the dough was to work with. I rolled it into a log, cut it in golf ball sized pieces, and then rolled out each piece and filled them.

They steamed for 6 minutes, and they came out great: 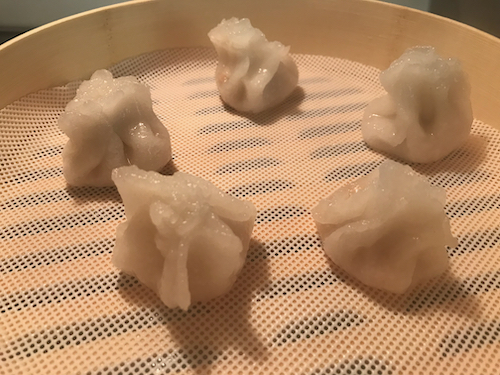 They were delicious, and the filling was exactly the way I wanted it. I also made another batch of char siu: 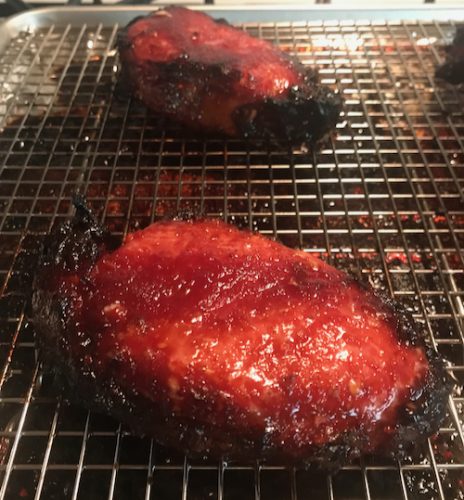 This time, I cut the pork more evenly, so it had better contact with the marinade.

I also made fried won tons. They were great, though next time I will be careful not to brown them quite so much: 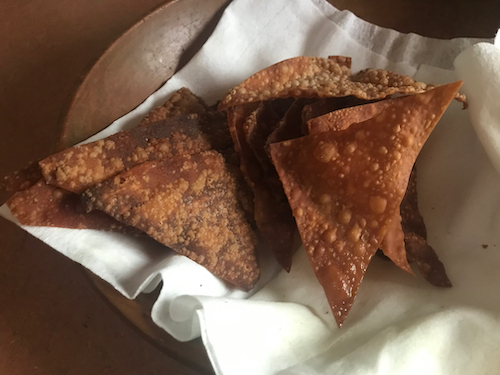 I also made Thai chicken soup for the first time, though I neglected to take a picture of it. It came out really well. I loved the combination of lemongrass, coconut milk, ginger, and lime. I wonder what my next adventure should be?

A YEAR AGO: What would I do without Rob? I hope I never find out.

FIVE YEARS AGO A delightful BBQ at the family estate.