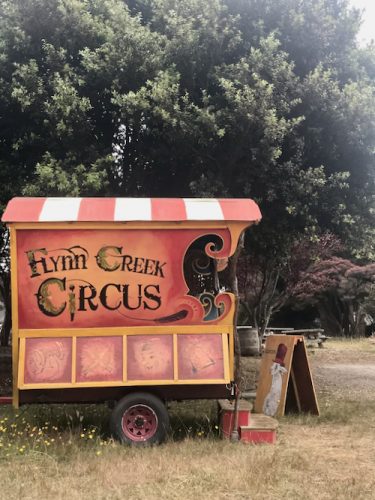 It’s that magical time of year when Flynn Creek Circus’ striped tent makes its appearance in the Village.

I bought tickets to their new show, Fairytale, as soon as they went on sale on May 2. I enjoyed the anticipation over the next couple of months, even more when I heard that all the shows were sold out.

Megan came by to pick me up around 12:30, to give us time to get to the Village and find parking among the maddening hordes of tourists who have descended upon us in their annual plague. Of course, the parking goddesses smiled on Megan as they usually do, and we found a spot under a tree not far from the circus tent. We arrived at the door at 1:07, and learned that the show did not start at 1:30, as I had thought, but rather, at 1:00. So I was glad that we had given ourselves lots of time and arrived (allegedly) early. I gave a moment’s thought to how awful it would be if we had missed an entire half hour of the magic before settling in to enjoy it.

Every show Flynn Creek Circus does is different each year, but they are all magical and gravity-defying. I enjoyed the fairy tale theme, with a sparkly fairy as our MC: 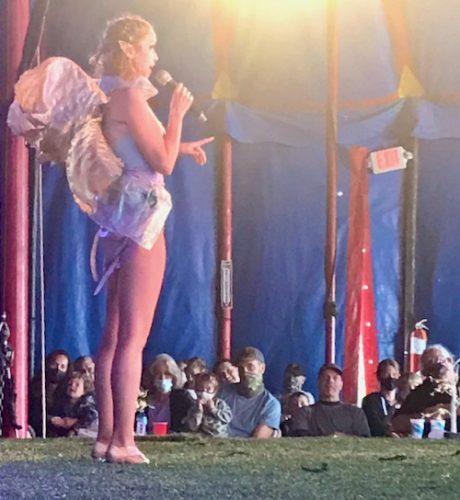 She is Tinkerbell’s slightly disgruntled older sister, who calls her famous sibling “Stinkerbell” and eventually gets to duke (or duchess) it out with the family star later in the show. She explained the mythical storyline, which involved unicorns, fairies, Prince Charming, and ravens: 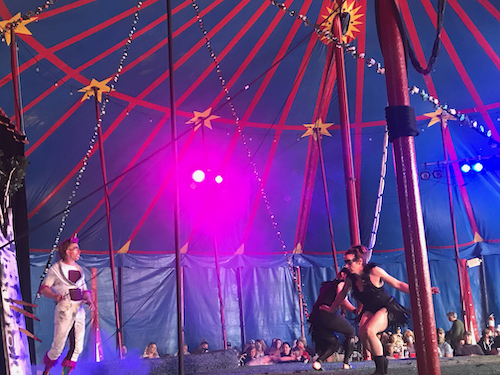 Whatever the story line, the acrobatics and aerials: 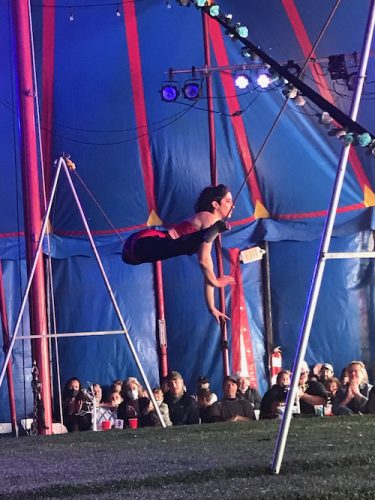 were as amazing as ever. An artiste did the splits on what seemed like a teeny piece of string, people somersaulted and leapt through hula hoops, and juggled 6 or 8 pins at a time while jumping through hoops, sometimes backwards. I think my favorite thing about seeing Flynn Creek Circus is how it gives me a sense of awe and wonder that brings me back to childhood. And you are really living in the moment when you are at the Circus. Each moment is more enchanting than the last.

FIVE YEARS AGO: A busy week for our heroine.

TEN YEARS AGO: A look around the neighborhood. I now live on the same road as the former stagecoach stop, and the restaurant is the location of our favorite seaside bar.

FIFTEEN YEARS AGO: Some feminine musings.