John and I never had kids, for which we are both eternally grateful, but lately he has been conducting his very own experiment in sleep deprivation. Because of babies. Baby cats, that is. Because you know that’s how John rolls.

For some reason, the Home Depot in Hayward, where John lives, is also Cat Depot. People seem to think this is the perfect place to drop off cats and kittens, and left to their own devices, they have been merrily (in)breeding ever since. John has valiantly trapped, neutered and released many of these cats, and has also fostered and adopted out more than a dozen kittens. Faithful readers may recall how he rescued pregnant Willow and saved her life, along with the two live kittens, Daisy and Peach (two other kittens did not survive and had to be surgically removed). All of them would have certainly died if John had not taken them in.

He feeds and waters the colony cats daily, and has set up shelters for them as well. He recently came across some kittens that were barely days old. A consultation with his local vet established that the kittens would not survive on their own, and that it was unlikely that their mother was going to come back for them, assuming she was around and it wasn’t just some fiend in human form that abandoned the babies to their fate.

So John took them in, and has been feeding them with special kitten food in a dropper ever since: 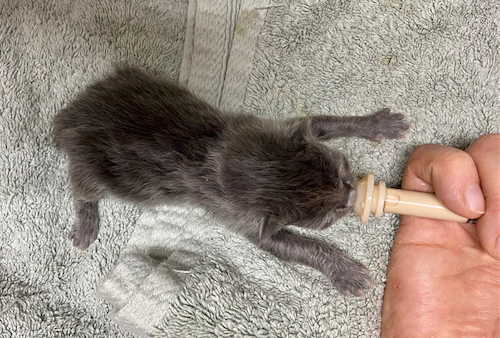 He also has to stimulate them to poop and pee, since they don’t know how and this is something their mother would do. Apparently cotton balls are needed for this process. They also need to be burped, much like human babies.

Despite their bad beginning in life, these little kittens are fighters, so John named them all after characters in “Rocky”. This is Rocky: 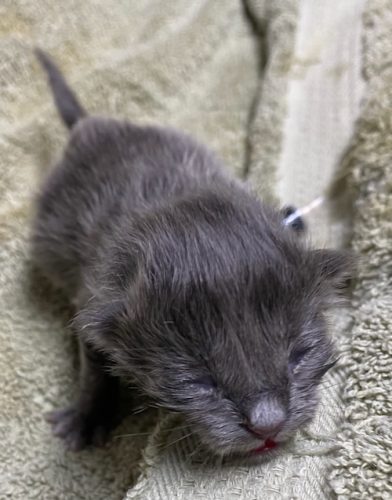 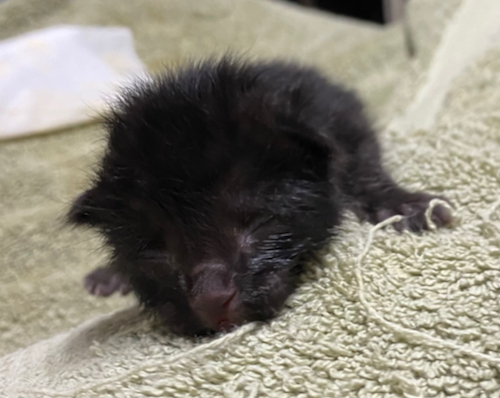 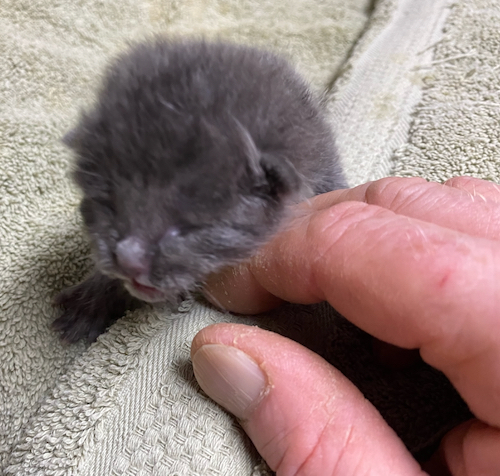 and this is Pauly: 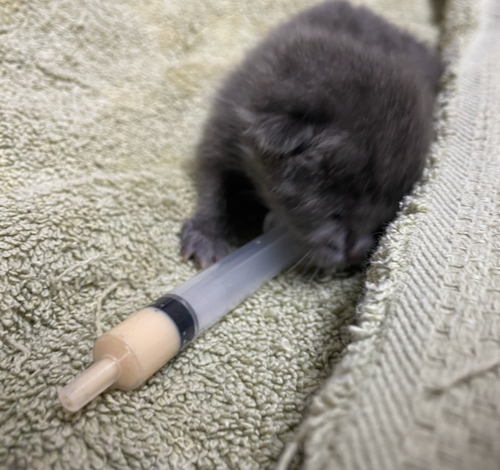 Note teeniness of kittens next to John’s hand and the feeding syringe.

They have a fighting chance at a good life since being rescued by a good man. I hope they make it, and I hope they find the loving homes they deserve.

Bonus: Here’s my boyfriend Frank, looking happy after dinner the other night: 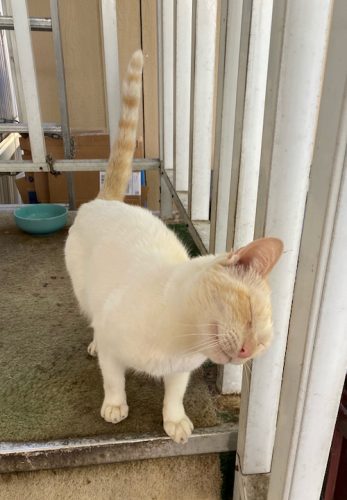 Frank is still his lovably fighty, tough guy self, showing up with scratches occasionally, but lately sleeping in a cozy bed on John’s porch: 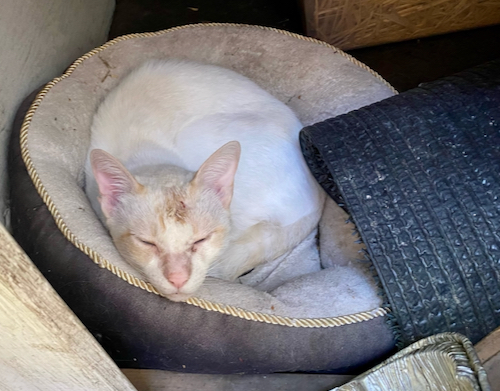 His fighty nature (note healing wound on his handsome forehead) makes it impossible for him to live inside, but at least he’s getting fed and has a safe and warm place to sleep. I am so thankful to John for helping the cats in his neighborhood.

A YEAR AGO: A beautiful day in the Valley.

FIVE YEARS AGO: A visit to the South Coast.

TEN YEARS AGO: A swimming snag.

FIFTEEN YEARS AGO: Having fun in Detroit.

TWENTY YEARS AGO: Weight loss can be a problem.