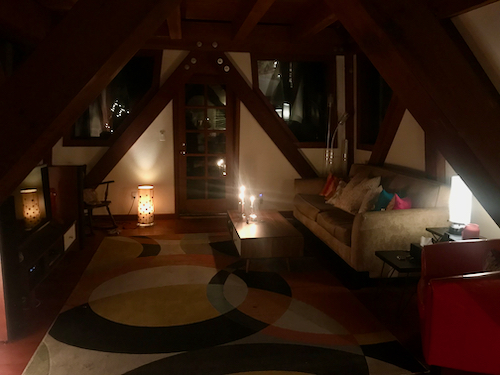 The Last Evening of the Year

The last day of the year dawned rainy and misty. I am pleased to say that we have gotten around 29 inches of rain so far this season, with more to come, though we are running out of rainy months, with only the rest of January, February, and March (the secret winter month) to go.

I had the day off, and I headed to the beautiful South Coast, enjoying the winter beauty: 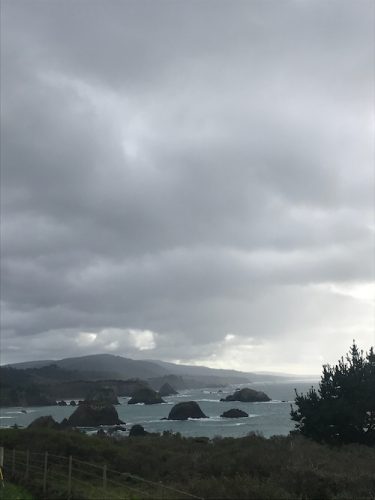 and the sun shining through the clouds over the ocean: 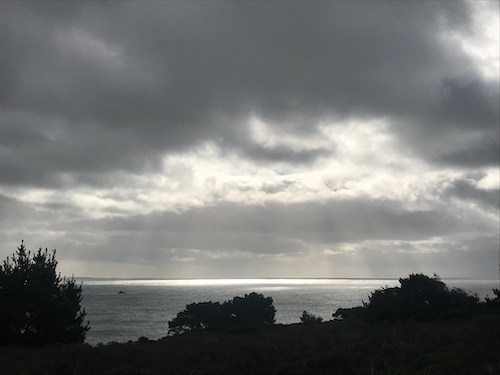 The ocean is beautiful in all its seasons and moods, just in different ways. In some ways, I think the crashing, silvery winter ocean is more beautiful than the calmer blue summer one.

It was a beautiful drive: 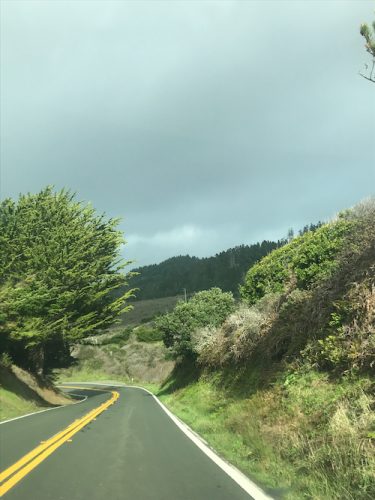 When I got home, I made a tourtière: 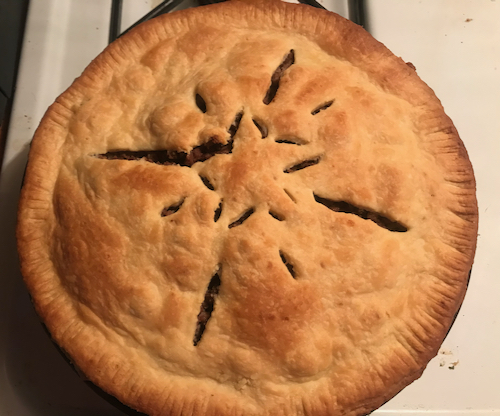 That’s supposed to be a star in the middle. I always cut designs into my pies, because that’s what my American grandmother did. As I made this pie, I realized that I was taught to cook (and to iron clothes) by two Victorians, since both of my grandmothers were born during Queen Victoria’s reign. It’s nice to think that they live on in me*, and to feel that link to history.

I watched the ball drop in Times Square, along with an attentive Dodge. Maybe it’s because I was born in New York state, but I always think that the New York New Year is the “real” one, even though I have lived in California most of my adult life. I don’t think any west coast celebrations can touch the New York one.

And so we bid farewell to the old year, and greet the new one, which so far bears a striking resemblance to the old one. We shall see what it brings. Happy New Year from me to you!

*As I write this, I am wearing my America grandmother’s gold bracelet, which is etched with her maiden name initials, EFH. It probably dates to around 1914 or so. I wear it often and think of her.

A YEAR AGO: A few plumbing issues to start the year.

FIVE YEARS AGO: Oh, Clyde! I still miss the ornament he broke.

TWENTY YEARS AGO: I was less than thrilled with the rain. Well, we got more of it in those days. I note that I watched “Beautiful Girls” a couple of days ago. Still love it.