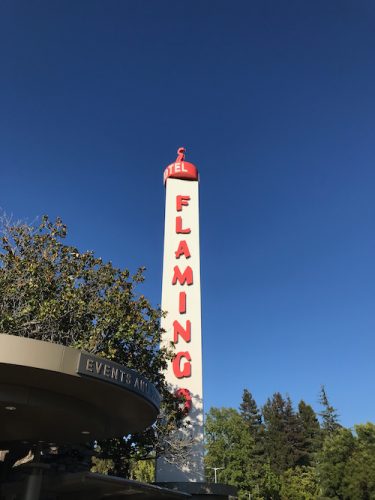 It didn’t take long to drive from the “Birds” schoolhouse to the thriving metropolis of Santa Rosa. A sleepy small town when the Maestro filmed “Shadow of a Doubt” there in the 1940s, it is now a bustling city of about 180,000 people, and probably best known as the home of the late “Peanuts” cartoonist, Charles Schulz.

I was there on non-cartoon and non-Hitchcock related business, however. For many years, at least since I lived in San Francisco, I have wanted to stay at the fabulous Flamingo Resort. Originally built in the mid-1950s, it is quite striking: 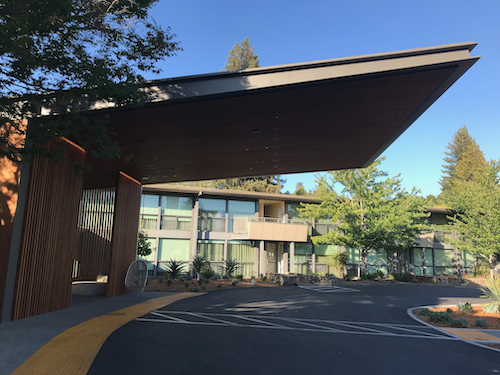 It was recently renovated, with a glamorous new lobby: 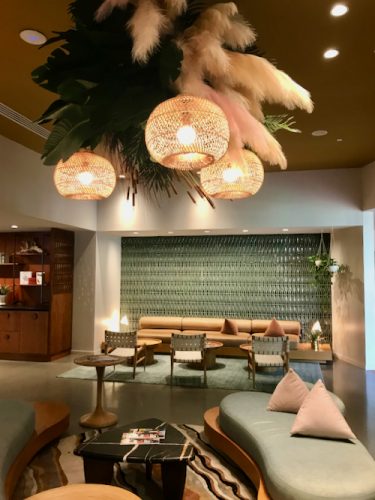 In the (g)olden days, it hosted luminaries like Jayne Mansfield and Frankie Avalon. It’s hard to imagine anything more glamorous than Jayne at the Flamingo: 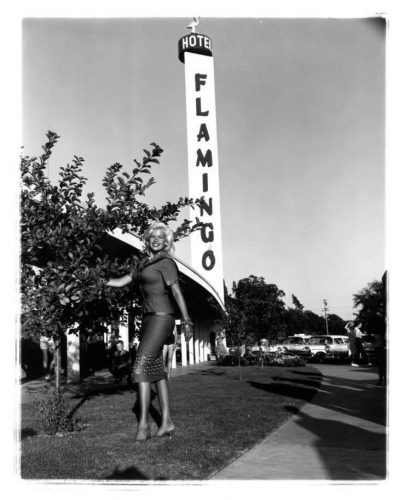 The room was small, but charmingly furnished: 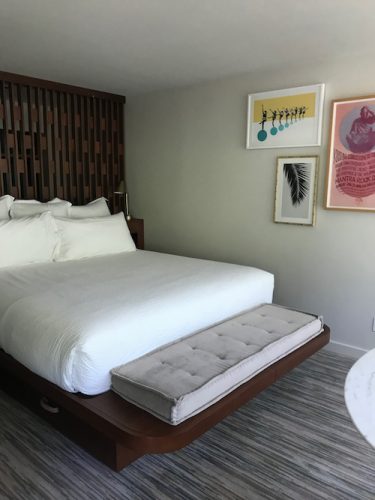 I am now longing for a platform bed with a bench at its foot and built in bedside tables and lamps. I love the mint green phone and the floor lamp: 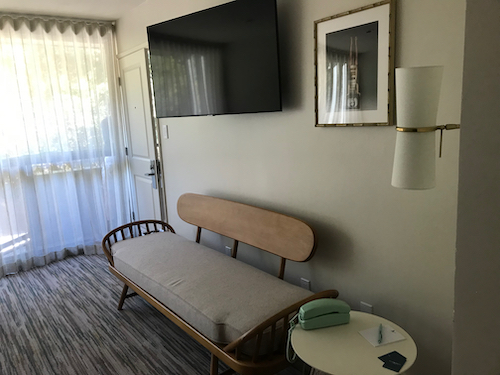 I enjoyed ordering Indian food, something not available in Hooterville or its immediate environs, and having that for dinner. I did not enjoy the piercing voices of the kids in the room across the hall. Either the remodel did not pay sufficient attention to sound-proofing, or the kids’ voices were unstoppable. Not for the first time, I considered the unreasonableness of the three day waiting period to buy a gun and how wise I was to not reproduce. Also how unused I was to having strangers’ conversations inflicted on me.

It’s probably not surprising that I didn’t sleep well. The bed was harder than I’m used to – I like my bed to feel like I’m sleeping on a cloud – and I am no longer used to ambient city noise, even when armed with earplugs and my pillow with its silk pillowcase. I was saddened to discover that there was only instant coffee – organic, but still instant – and only a teeny sachet, which I knew would be like drinking a brown crayon dipped in hot water. This is one time I was sorry to be proven right. Just when I really needed the caffeine!

I stopped by the iconic pool, quiet in the early morning, on my way out: 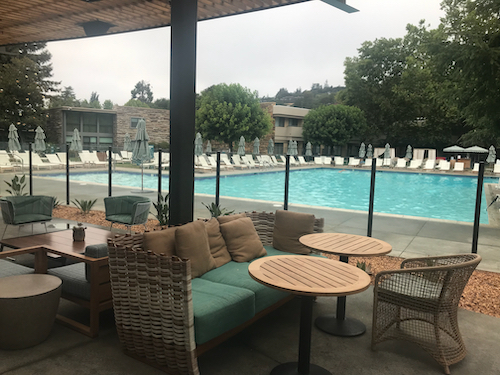 I then went to the Asian market to pick up things not readily obtainable in the country, including fresh lychees and dark soy sauce, and then went to get dim sum from the Santa Rosa outpost of Hang Ah: 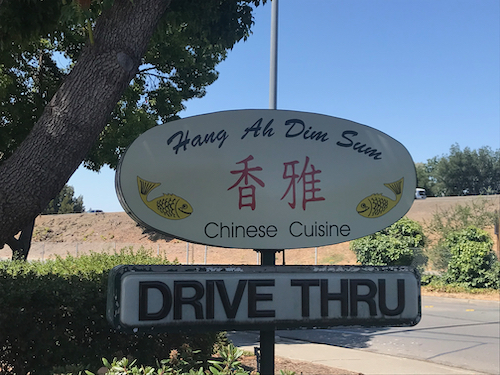 I used to go to the original Hang Ah when I lived in San Francisco, and it is the oldest dim sum restaurant not only in San Francisco, but in the country. Their dim sum is fabulous. The har gao is my favorite.

Suitably armed with delicacies, I made my way to the freeway, which was somewhat daunting after years of driving the two lane blacktop of Highway One. I have truly become a bumpkin, my friends, unable to cope with crowds of humans or cars.

I was glad to get back home to the kitties, and the peace and quiet of my country life.

FIVE YEARS AGO: A delightful visit to the botanical gardens with Star and Stella. It was a great day. We miss you, Star!

TEN YEARS AGO: Erica and Jessica were getting ready to move. Sigh. I miss them, too.

FIFTEEN YEARS AGO: Rita and I were feeling naughty. In keeping with today’s theme, I will add that I still miss the Lovely Rita, too.

TWENTY YEARS AGO: Sweetness in the City.