Orange is the new pink at my house!

Of course, there’s also pink. It is my signature color, after all. But I love the pop of color of the orange with the white walls and the woodwork in my house: 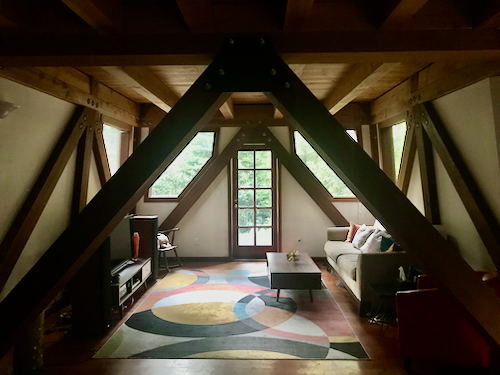 It all started when I noticed how much the cats had shredded the old chair, so I decided to replace it with something a little more claw-proof. I settled on a lovely orange leather chair: 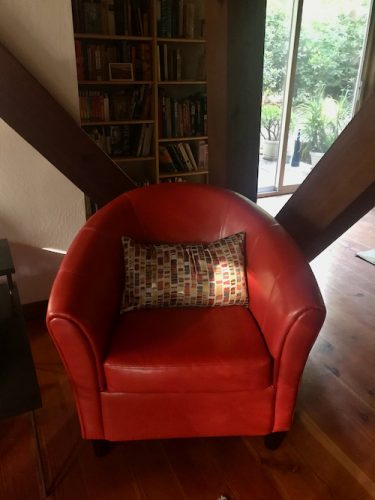 It reminded me that I still had the beautiful orange vase made by the beautiful Aaron back in the coffin factory days, so I fished that out and put it next to the TV, as you can see above. I later added the little orange porcelain chrysanthemum I picked up while I was in the Valley recently: 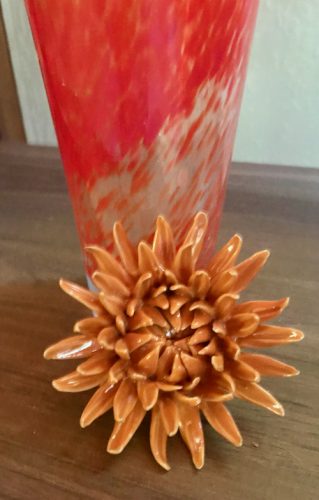 I replaced the pink rug with a multi-colored one that I think pulls together the cushion collection on the couch: 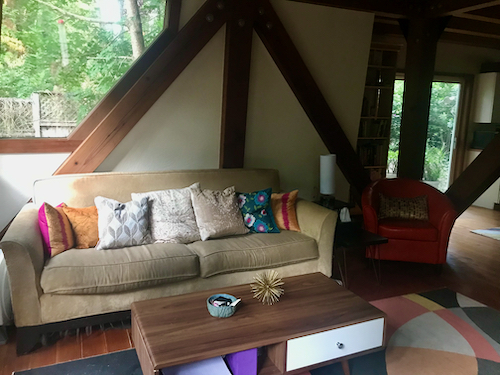 Of course, now I’m thinking that the couch looks rather dreary and worn, so I will have to start saving my pennies for a new one. My dear friend A thinks tangerine velvet would be a good and cat-proof choice. Apparently cats, unlike Suzys, do not enjoy velvet. Maybe it feels unpleasant on their paws or something.

I was unlucky and then lucky with the carpet, because it got lost en route and they sent out another one. I eventually received both of them. I notified the place I bought them/it from, and they declined to take the second one back, so I basically got a free carpet, or two for the price of one. I think having the second one does define the living areas quite nicely: 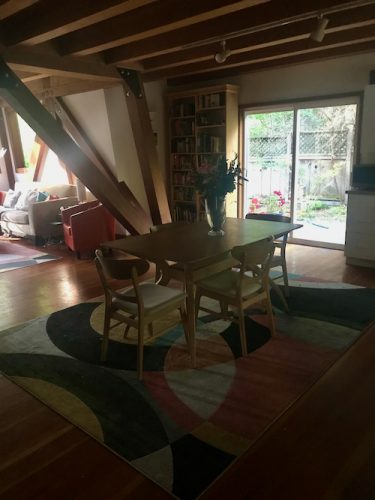 Sometimes change can be good. And colorful.

FIVE YEARS AGO: All the kitty news that’s fit to print.

TEN YEARS AGO: Audrey’s birthday was not exactly festive.