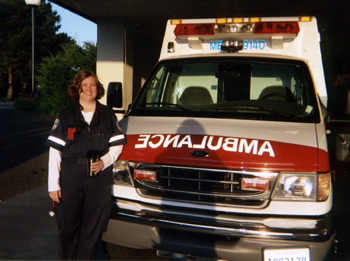 I have noticed that when I tell people stories about my childhood which I think are funny, they often get a horrified, yet struggling to be polite, look on their faces. It’s only at this fairly advanced stage in my life that I realize that what I considered benign neglect by my parents is considered just plain neglect by others. Also that their abandonment of their parental duties is not the way most people do things.

When my sister Megan was born, I was about a week away from turning 9. She came home on my birthday – in those long-ago days, a recovering mother was allowed to, well, recover a bit and enjoy the assistance of trained nursing staff after the ordeal of giving birth. In 1971, it was not as common as it is today to have a baby in your 40s, so Mom had a lot to recover from, including her second Caesarean section.

Even by the standards of the time, I was a naïve child, and I never wondered how the baby came about or how she arrived. Nor did I really think about my mother’s increasing size. I think I thought we got her at the hospital. When Mom came home, she went to bed and stayed there for the rest of the summer, about three months. I thought that was just what happened when you had a baby. Now I understand that she had very serious post-partum depression and never received the help she needed.

So there I was, 9 years old, giving the baby her bottles (soy milk; Megan had a lot of allergies), changing her and dealing with her cloth diapers, and doing the laundry. I even did the ironing, having been taught by my Victorian English grandmother the correct way to do this, including Dad’s shirts (when I was in college, he would save them for me to iron when I came home to visit). I remember thinking that Megan was the smallest person in the family, but had the most clothes.

When Megan entered her teen years, Dad and Mom had separated. Dad moved back to his native England, and Mom’s mental health issues made it impossible for her to parent Megan. So I moved from one city, where I had a good job and was very happy, to another, in order to take care of Megan. I was lucky that my job not only allowed me to move and keep my job, but even paid my moving expenses.

I had a hard time persuading Dad to give me money for rent and food. I would not have rented a two-bedroom apartment if I weren’t taking care of his child, and that child needed to eat. Eventually he agreed to this logic. He should have been grateful that he didn’t have to deal with birth control and parent-teacher interviews like I did. Whenever I went to the meetings at the school, I was struck by how it smelled the same as when I was in high school, along with an irrational fear that they would discover I wasn’t a real grown up and make me go back to school again.

I did my best, and I think Megan turned out pretty well. I am really proud of her. Whenever I get asked in job interviews what achievement I am proudest of, I always think (but don’t say), that it was raising Megan to be the amazing person she is.

Someone to whom I told this story recently pointed out that while I am not technically a parent – and at this point, I never will be – I have had some of the experience of being one, from caring for Megan as a baby and then as a teen. I had never thought about it that way before.

TEN YEARS AGO: My first day at the jobette.