I think I say this every year, but the Naked Ladies, those harbingers of fall, seem to have arrived early this year: 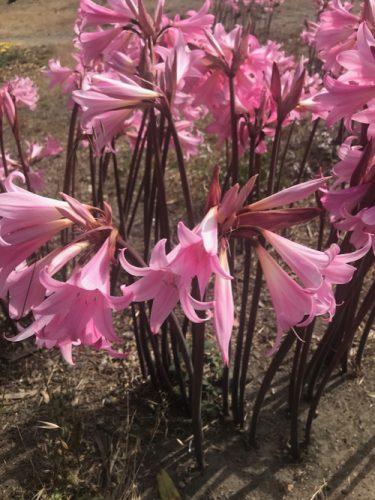 It’s the canning and preserving time of year, the season that follows the watering and weeding season in the family garden. As usual, I am the work-free beneficiary of my siblings’ labors. Recently, I was gifted with still-warm jars of peach jam: 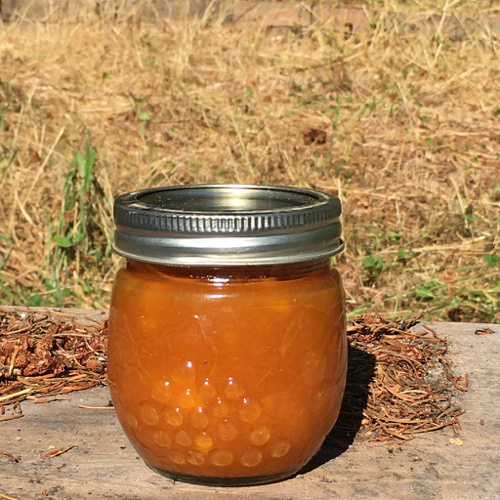 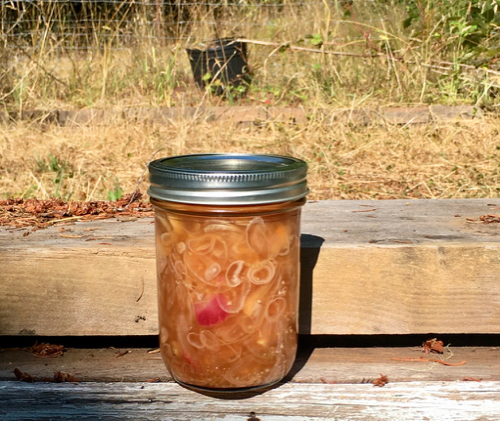 as well as my annual ration of peaches for my yearly peach pie: 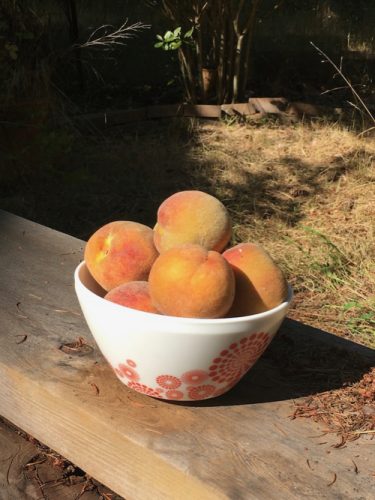 Every year, I wish had just a few more to really fill the pie crust, but I can’t complain about free peaches. Oh, wait: I just did. The pie came out great. This time, I used a new recipe for crust from the trusty New York Times. Secret ingredient: Vitamin V (aka vodka)! This is my go-to crust from now on.

The filling was my American grandmother Nana’s style. Like me, she was a “pinch of this, pinch of that” cook. It’s hard to share recipes, since I don’t measure very often and just add ingredients until they look about right to me. For the pie filling, I peeled the eight peaches, cut the fruit off the pits over a bowl, and squeezed some lemon juice into it. In a separate bowl, I mixed together two tablespoons of sugar, a tablespoon of flour, some nutmeg and cinnamon, and then sprinkled it over the fruit and tossed it together. I like to think that my grandmothers and my father live on in the way I cook.

Last weekend, I had a text from my landlord Danielle, asking if I’d like some basil. I said yes, and she appeared with a huge bag of it, fresh from her garden. We chatted for a while, which was nice. I hadn’t seen her since the “inspection” a few months ago, and it was good to feel like our relationship (or coexistence, anyway) is in a good and positive place. I don’t think there is any weirdness left between us, and she did not mention the cats, which was kind of a relief.

After she left, I spread the basil out to dry on my state of Maine tea towel: 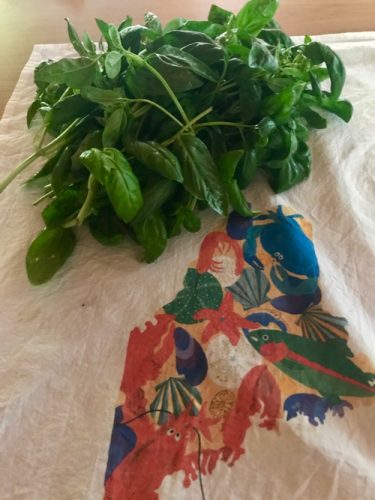 A YEAR AGO: Trying to survive a marathon of work and obligations.