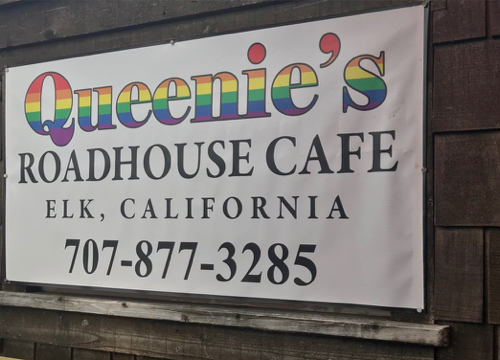 Sometimes you just want someone else to cook for you. And more importantly, clean up after both the cooking and the eating. I don’t know about you, but I’d rather cook three meals than clean up after one. This may have something to do with the fact that the only dishwasher I have ever had was Me.

When John and I were selling our apartment in San Francisco, the girl who ended up buying it complained bitterly that there was no dishwasher. I seem to remember she also complained that the height of the 1920s-era counters were not high enough to install one, either*.

When I was a kid, dishwashing also included drying and putting away, in addition to wiping off counters, putting away placemats and napkins, and wiping the table. Now, I tend to leave the dishes in the drainer, though I do all the other things, despite telling myself that when I grew up, I would do none of those things. My childhood self might also be appalled and annoyed to learn that I still make my bed before going to work and lay out my clothes the night before, since I also decided I would not do that when I was (allegedly) a grown up and could (allegedly) do whatever I wanted.

But one thing the present day Suzy could do was go to Queenie’s for a breakfast made by, and fit for, a queen. Not to mention cleaned up by the queen’s courtiers. I sat outside on the wooden deck and enjoyed the view: 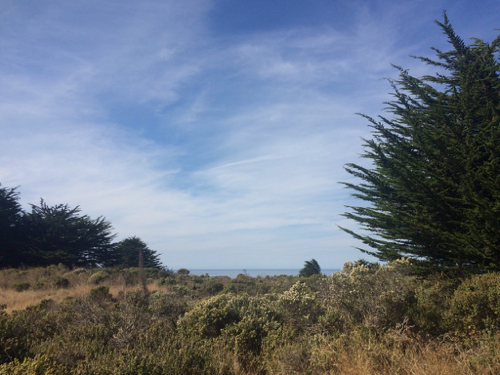 while breakfast was being made. It was worth the wait: 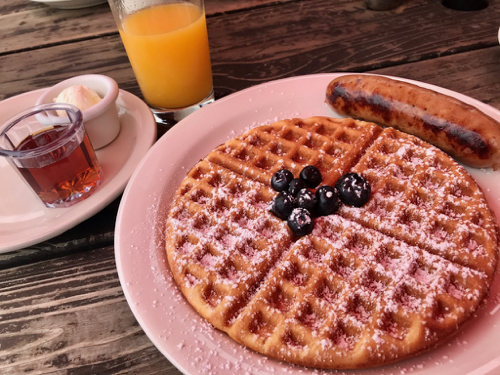 That’s freshly-squeezed orange juice, a waffle, real maple syrup (accept no substitutes!) and chicken-apple sausage from Roundman’s Smokehouse. It was so nice to have breakfast across the street from the ocean, sitting in the sunshine.

And no dishes to do afterwards.

*She solved this “problem” by making the kitchen into a second bedroom and part of the living/dining room into a boring stainless steel kitchen. Undoubtedly, there is a dishwasher in my old living room now.

A YEAR AGO: Vanquishing the mess from the move. Things look pretty much the same, though I did get a bigger area rug. I still love this house and can still hardly believe I live here.

TEN YEARS AGO: Marilyn’s house was up for sale.