When Megan and Rob first moved onto the family estate, I thought the space they had marked out for their backyard was huge. How could they need all that space? And it all had to be fenced, which is not an inexpensive undertaking, especially if you do It in a way to deter most deer and rabbits.

Fortunately, fencing, like the installation of the shade sails, is a one-time expense. And it’s worth it to keep some animals out and others in. For example, Megan and Rob recently had to go to the county seat, which takes most of a day, and they left their door open and the garden gate closed, so Star and Stella could hang out inside on the couch or outside on their special beds, sunning and shading to their hearts’ content in total safety. Much better than being stuck in the car all day, especially since it was over 100 that day in the county seat and probably about 80 at home.

Over time, they have added to the space, with plants like Erica’s beautiful rose: 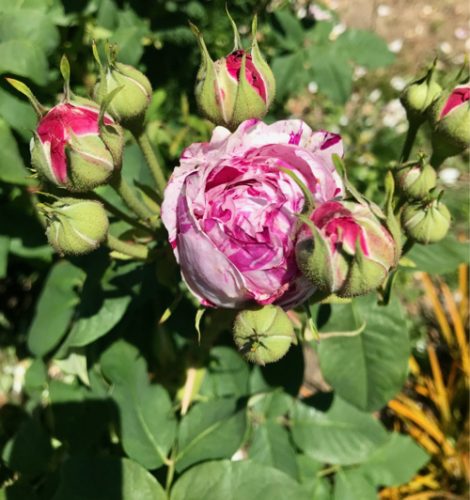 And more recently, the shade sails, a necessity when you live on the Sunstroke Savanna.

Rob has made his mark on the place, with his beautiful artwork. I love the swallows: 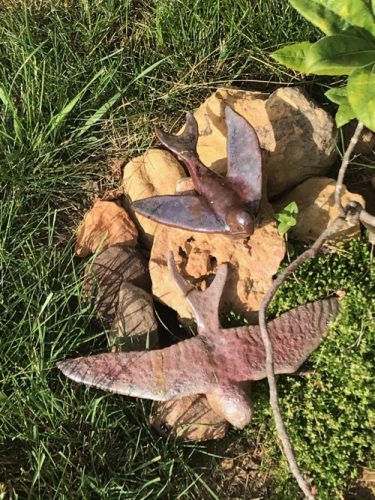 And the tentacles of a creature apparently living below the earth: 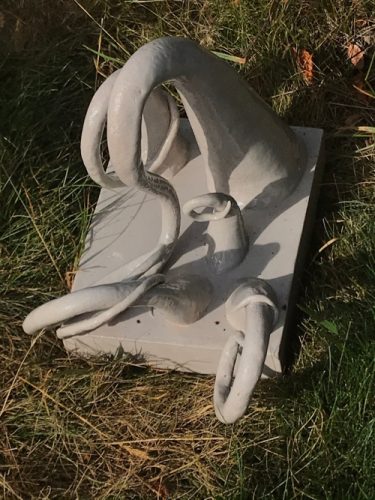 Not to mention the gigantic lizard: 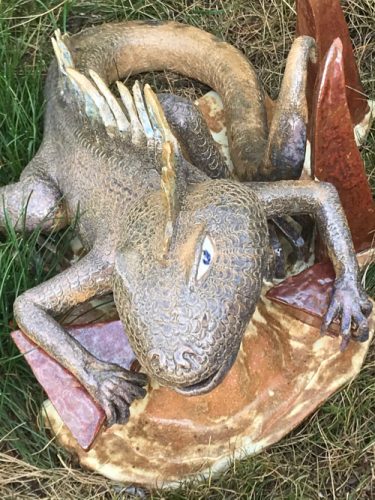 I remember Megan telling me that there was a lizard taking up most of her table earlier this year, and I can see why.

Rob also created a kinetic sculpture on the gate, because that’s how he rolls: 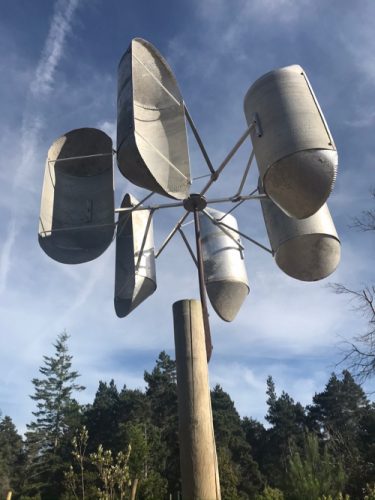 I said it was something like a weathervane, and Rob attempted to explain to me why it wasn’t, but my two brain cells were not up to the science-y challenge. They rarely are.

It’s been fun to watch the evolution of the place as it becomes more and more like home for Megan and Rob.

A YEAR AGO: I was pretty busy.

FIVE YEARS AGO: The graceful and athletic Roscoe. I will never stop missing him.

TEN YEARS AGO: A visit from Jessica. I will never stop missing her, either, though she is alive and well and thriving in Portland with her mother.

TEN YEARS AGO: Dog fights and car thieves. You know, the usual.