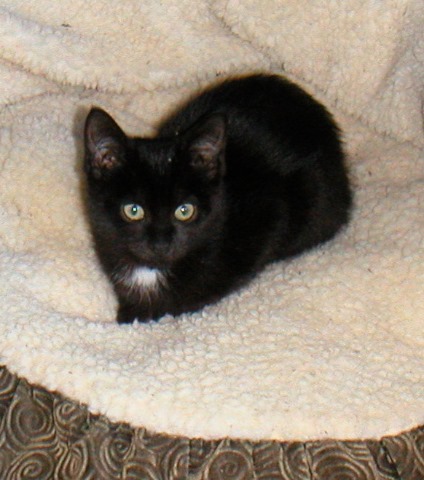 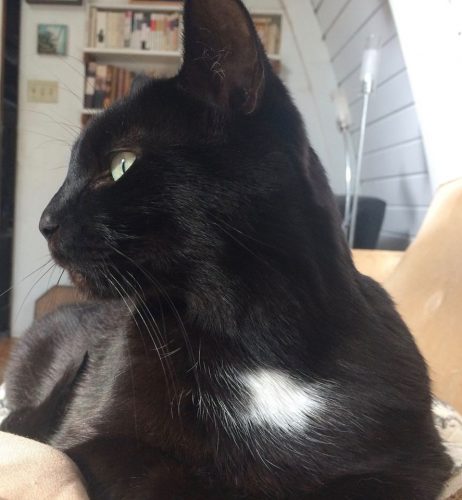 My little Clyde turned ten on June 8. According to a cat age calculator, that makes us about the same age in human years, with Clyde at 56 and me at 58. No matter how old he gets – and I am expecting a minimum of another ten years – he will always be my baby boy.

A lot has happened since I first met Clyde and his inimitable brother Roscoe a decade ago. Even at the age of six weeks, their personalities were clear. Roscoe was dignified, sitting quietly at my feet, and Clyde climbed into my arms, purring and asking me to take them both home. How could I say no?

My time with Roscoe was short, but he left indelible paw prints on my heart and five years after losing him, I still think of him every day. I believe Clyde saw what happened to his brother. For days afterwards, he looked out the window towards the woods, and was very quiet and shaken up, way more than he was when he defeated the Slobber Monster. He stopped wanting to go outside after Roscoe vanished, and again, this is not how he reacted to near death himself at the fangs of the Slobber Monster. Just like it’s worse to see a loved one suffer than to suffer yourself, perhaps it’s worse to see your beloved brother killed than to nearly be killed yourself.

Clyde is a sensitive boy at the best of times, and I think we were both strongly affected by Roscoe’s loss. When we moved last year, Clyde and I both hated the chaos, both at the old house and the new one. On Moving Day itself, he was so unnerved by the whole thing that when I left him out of his carrier, he tried to climb back in.

Fortunately, the Moving Mess has long been vanquished, and Clyde is used to his new home. He has a close and loving relationship with Dodge, the stray Siamese I adopted a couple of years ago, after he followed a colleague home from the car dealership in the Big Town. Dodge took one look at Clyde and fell in love with him, just like I did. And it didn’t take long for them to get close and stay that way: 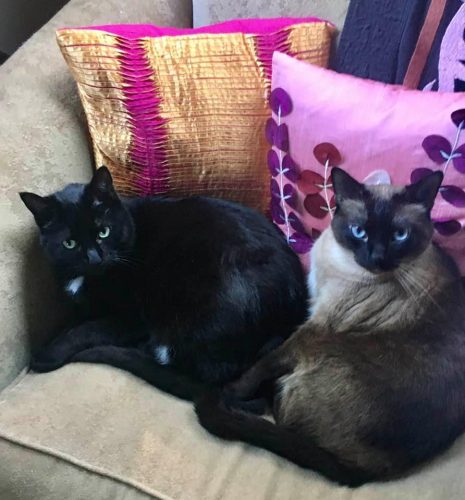 The cuddle and play together, and give each other baths. It’s a joy to watch them.

Happy birthday, little guy! Here’s to the next ten years! I love you, sweet boy.

A YEAR AGO: The boys did the heavy lifting in getting me set up in my new, beautiful house. Still can’t believe I actually live there!

FIVE YEARS AGO: A fabulous Junapalooza.

TEN YEARS AGO: A battle of wills with Audrey.

FIFTEEN YEARS AGO: Fearing Mom’s impending death. We lost her a couple of months later.