I have a new addition to the bedroom: 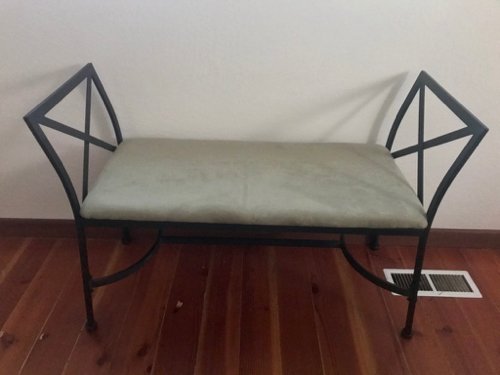 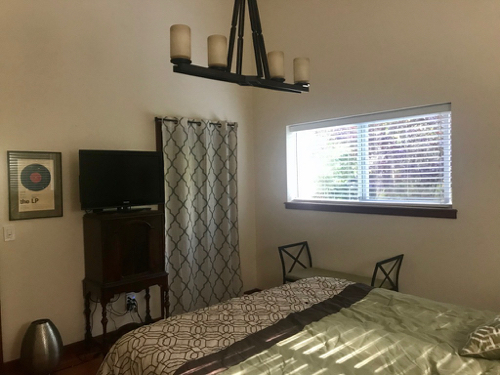 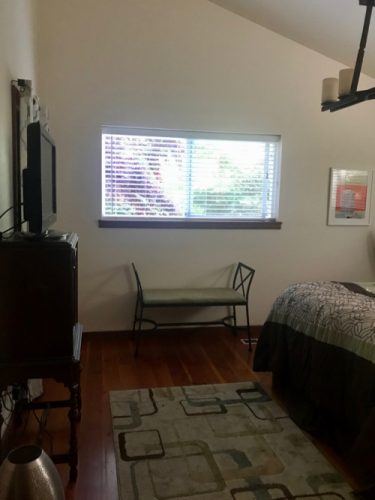 I love the color of the cushion – it’s more of a sage in real life than it appears in these photos – and the clean lines of the wrought iron legs and sides. It’s handy to sit on while putting on or taking off shoes, and I think it makes the room look more finished. Audrey noticed that it’s the same color of her eyes and is quite becoming to her: 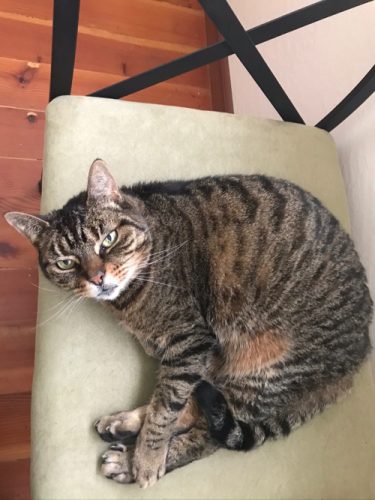 My good friend A decided that it needed a sheep fur throw, which was sent to me all the way from Poland. It certainly has an air of 70s glam, like Burt Reynolds should be lying on it. Or Dodge should be sitting next to it: 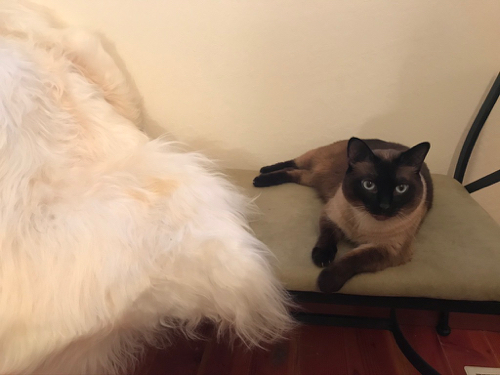 The Medical Director at the clinic where I work is quite the Dodge fan. Sometimes he stops by my office to ask how Dodge is and to see the latest pictures of him being handsome. This morning, I discovered that Dodge has a new hobby: licking the water off the curtain after I shower. I have also seen him covering up after Clyde leaves the litter box, clearly thinking that Clyde did not do a sufficiently through job of hiding all traces. It’s especially comic, since Dodge is standing entirely outside of the litter box at the time. He is such a character.

Here he is with Clyde, loitering with intent and thinking up some trouble to get into: 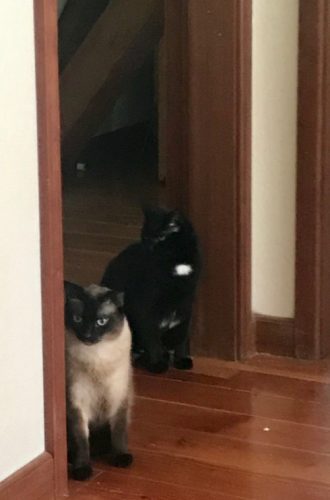 They always find it, too.

TEN YEARS AGO: The water trenching project was not without complications.

FIFTEEN YEARS AGO: I should have known better than to go in the house. Now I do.