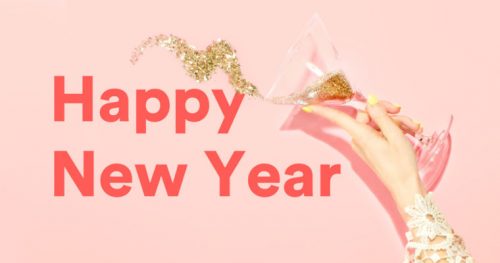 There has to be some kind of 2020 vision joke I can make here, but maybe because I’ve had glasses for more than half a century (!), I can’t think of one. I did approach 2020 relatively clear-eyed, mostly because I barely made it to the east coast new year, sparkling wine in hand.

Maybe because I was born in New York – and despite the fact that I think of myself as a Californian, having spent most of my adult life here – I still think of the ball drop in New York as the “real” new year. Nothing like fireworks and Sinatra to usher in the clean slate of the new year.

I haven’t really made any resolutions, though perhaps I should blog more often than I have been lately. The fact that I took over my workplace’s Facebook page has made me much less likely to write on my own Facebook page, let alone on my blog, and taking on the chore of being the library board chair has also taken a toll on my always limited free time. There are so many more events and meetings than I anticipated. Not to mention speeches.

I’d also like to spend more time with my family. I realize this sounds odd, considering that all three of us live in Hooterville, but especially since I’ve moved and am now 12 miles away instead of 100 yards or a quarter of a mile has meant we see each other less often. I don’t think we had family dinner all summer, and we didn’t get together for Christmas because of schedules. I’m plotting a get together in early February.

Here’s to the arrival of a new year and all its possibilities!

A YEAR AGO: A very entertaining day – and evening.

FIVE YEARS AGO: A chilly, but tidy start to the new year.