It’s the most sparkly time of the year! Time for the Festival of Lights at the Botanical Gardens, our annual tradition. Friday the thirteenth was the day (or night) we chose, and it was far from unlucky.

For one thing, the parking goddess smiled on Megan as she usually does, and we parked right in front of the entrance. For another thing, we met up with our friends Lu and Rik, together with Rik’s daughter Rachel, her boyfriend David, and their adorable baby Dean, who you may recall made his charming debut on this blog not long after he made his world debut. He will be two in April, which is somewhat amazing. He is a very sweet kid, though a little bewildered by all the attention from all these strange grown ups, so I didn’t take his picture. I am still kind of amazed that Lu and Rik are grandparents. Also that I myself, the Suzy, is old enough for that stature, and not in a tragic, teenage way, either.

Dean was almost as delighted by the sparkling lights as the grown-ups who accompanied him. There’s always something new and delightful to look at, as well as old favorites.

I love seeing the jellyfish floating in the darkness: 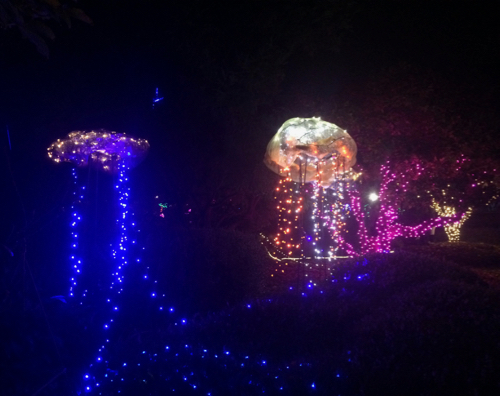 And the ship and whale, reminding us of this area’s maritime history: 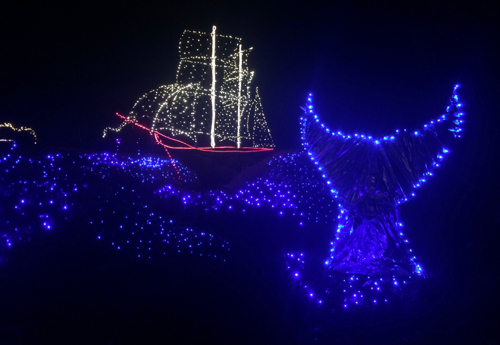 There was even a fire-breathing dragon swimming past: 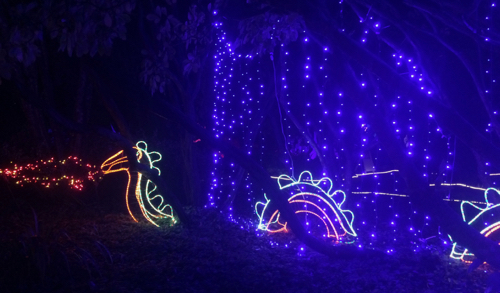 It was delightful to wander the paths with our friends, and the predicted rain failed to appear. Lucky again!

We parted ways outside, partly because Dean was getting sleepy, and partly because his great aunts were headed to their favorite bar, and he’s a little too young for that right now.

At the bar, we met the new bartender, who we really like. Our beloved former bartender has moved, though she will (again, luckily!) be making a guest appearance every Wednesday. I am pleased to report that the new bartender made an excellent lemon drop for us, with special Buddha’s hand vodka: 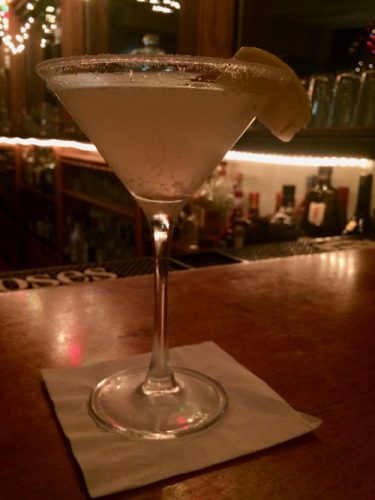 Hand to Buddha, it was delicious! And a very lucky Friday the Thirteenth.

A YEAR AGO: Sneaky Dodge sneaked out of the house, horrifying Clyde and me. Audrey was pretty happy about it until he came back home.

FIVE YEARS AGO: Fortunately, stormageddon did not live up to the hype.

TEN YEARS AGO: Some of us think weeds (not to be confused with weed) can be quite lovable.

FIFTEEN YEARS AGO: The glamorous days of air travel.