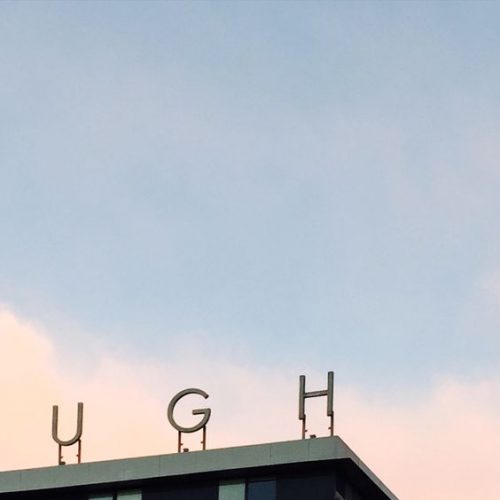 As soon as the power came back on, I ran around hiding all the signs that it was ever out, madly washing dishes and putting away the lanterns. More than a week after the whole thing ended, I am still recovering from it emotionally. It’s not at all like losing power because of a storm, which is nature and an expected part of each winter. Having it wrested away from you for an extended period of time because of greed and negligence and having absolutely no recourse is not. And it’s super upsetting.

So it was in a state of emotional fragility that I woke up last Saturday morning and went downstairs to make coffee only to find both of the kitchen sinks full of raw sewage. Yes, the power was back on, but the septic system was on strike.

I let my landlord Danielle know, and while I was waiting for her arrival, discovered that the seepage was also in the closet where the washer and dryer are. I pulled everything out of there, and Danielle arrived with cloths to sop up the closet, along with a very long snake and an industrial Shop Vac to deal with the septic situation. Her son Alex, who lives in the house next to me, joined her on this mucky and unpleasant operation. They were both remarkably cheerful about it.

It took a while to deal with it, and Danielle told me that the issue is that the septic was put in many years ago, and now the redwood roots are beginning to encroach on it. Eventually it will need an overhaul, but hopefully not in the immediate future.

Once everything was done, Danielle scattered a lot of wood ash outside and I started bleaching and cleaning inside. I was very thankful that there were no dishes in or even near the sink. Everything was thoroughly cleaned and scrubbed. By that time, I was both hungry and disinclined to cook anything, so I jumped in the car and headed for Queenie’s, where I had a wonderful grilled Reuben sandwich on rye bread made just for Queenie’s. It was everything a Reuben should be.

The clocks went back an hour that night, just adding to the weekend’s weirdness. And making my sister, who had the bad luck to be working that night, have to work an extra hour.

A YEAR AGO: The state was burning up. It was scary.

FIVE YEARS AGO: The horror of looking for a job.

TEN YEARS AGO: My deer neighbor.