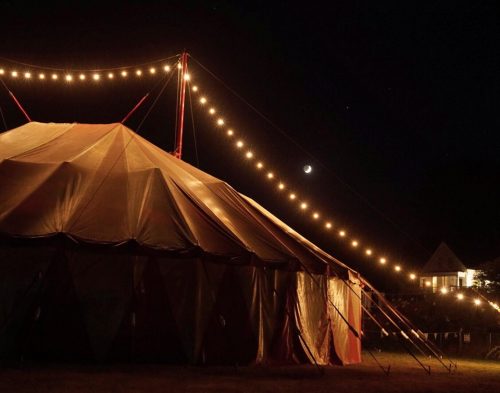 I took two days off around the Fourth of July holiday, and I am pleased to announce that it was not boiling hot and I was not sick or injured, as often seems to happen when I have the temerity to take a day off.

It was nice not to get up in the dark to the tyranny of the alarm, to not drive to the Big Town, and not apply faux adult armor. I sat in bed in the morning with the boys, catching up on my fan mail while drinking coffee and contemplating getting up. It was nice to have the feeling of having time, though like most time off, it sped by too quickly.

The circus was in town – the Flynn Creek Circus, that is – and Megan arranged to go to work late that night so we could go together. That night’s show was a benefit for the local library, of which I am now Board Chair. Megan asked me why I didn’t get free front row seats, which I thought was a good question. Also, where was my limo?

I forgot about these questions as soon as the show started. It was a new one, featuring a rabbit who escaped from a magician’s hat, rabbit revolutionaries, and some very talented humans, to whom the laws of physics did not seem to apply: 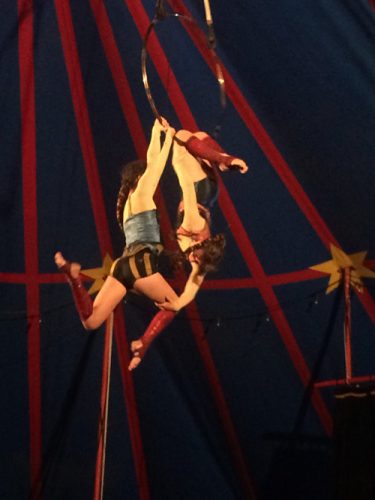 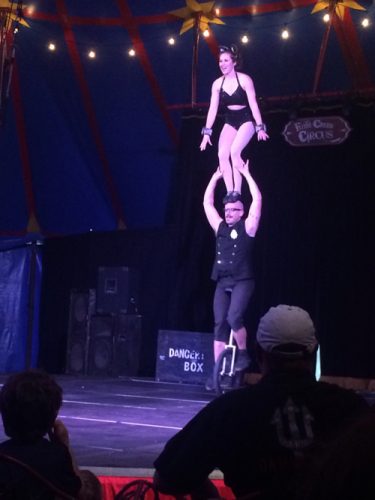 The jugglers were phenomenal. They bounced ping pong balls off their arms and did things with hats that had to be seen to be believed: 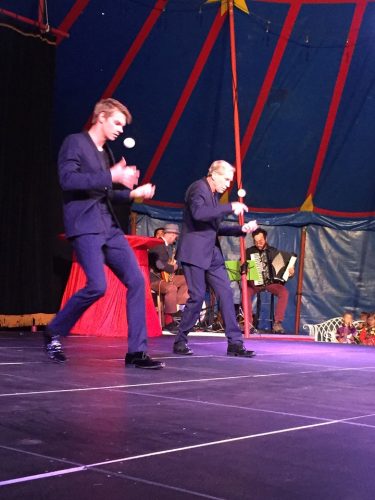 Even though I saw them, I couldn’t believe my own eyes. I spent the whole show gasping with amazement, filled with wonder and delight. It was like being a child again.

At the end of the show, the artists lined up outside the tent and we had an opportunity to tell them how wonderful they and the show were, which I really appreciated. I was especially happy to tell the jugglers how amazing their act was.

They are doing another show in the Big Town next month, and I’m thinking we should go again. Encore!

A YEAR AGO: The annual quilt show, which I missed this year due to Megan’s changed work schedule.

FIVE YEARS AGO: My scenic drive to work in the Big Town.

TEN YEARS AGO: Surprisingly few of you wanted to swap housing with me back when I lived in Oakhampton. Moving there was not one of my better decisions. Moving away was.