It looks like the rain is over for the season, and that’s good, because I am over it! We got close to 50 inches outside, and quite a few inches inside, due to the ever-increasing number of leaks in my aging hippie hovel. But the rhododendrons are in bloom and I have switched to my spring/summer perfume from my fall/winter one, so spring is here!

On a beautiful but windy spring day, Megan, Lu and I piled into Wednesday to go to the South Coast. It was Lu’s first time driving my car, so she had to get used to the eternal engine light and the gangsta dark tinting which renders the rearview mirror pointless. But she’s used to driving an ambulance on the South Coast roads, so it was no problem for her. It’s always nice to know you have EMS with you.

Not driving gave me a chance to appreciate the deep turquoise ocean with its white crested waves and the occasional passing whale. Trees were hazed with new leaves, that poignant color they only have this time of year, the rolling hills were still green from all the rain, vibrant with drifts of white, yellow, and purple wildflowers, starred with flaming orange California poppies. This has been a banner year for wildflowers across California.

Arriving in Point Arena, we stopped at Franny’s, as you do if it is a day they are open: 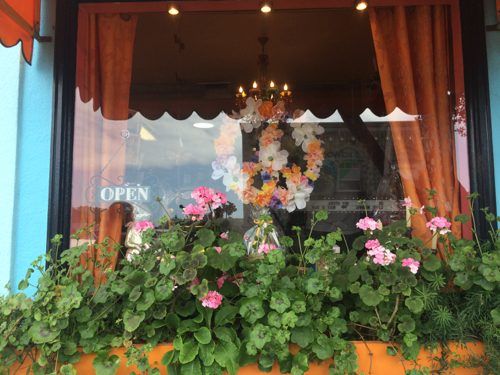 I invested my hard-earned allowance in a lemon champagne cupcake filled with lemon curd and topped with blueberry icing and candied lemon slices; a cinnamon twist; and a sea salt caramel pecan brownie: 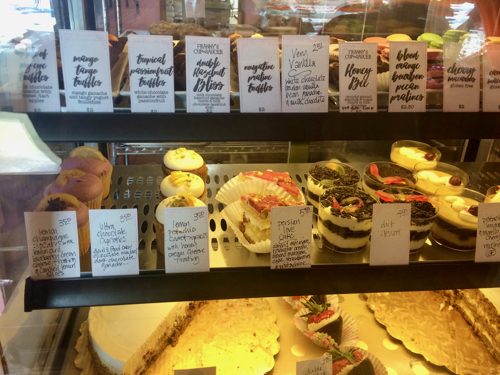 We continued south to the Point Arena Lighthouse: 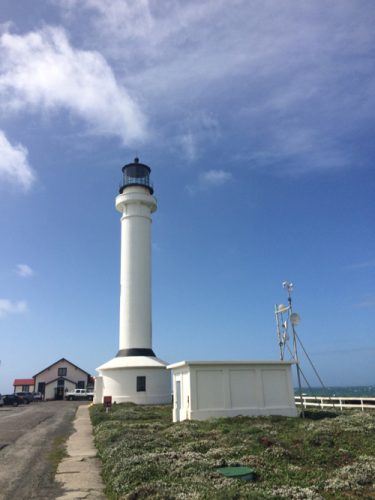 Where we could barely get out of the car with the wind blowing so hard against the car door and whipping up the waves: 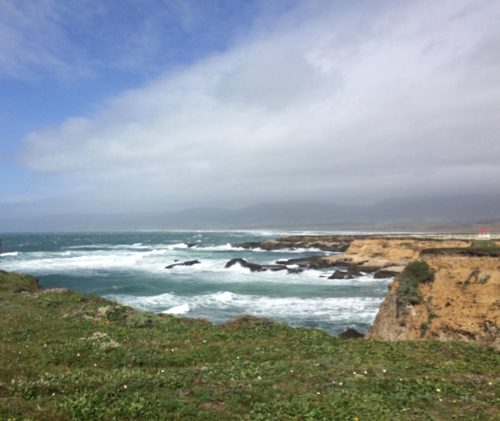 It’s no wonder we didn’t spot the lighthouse cat: 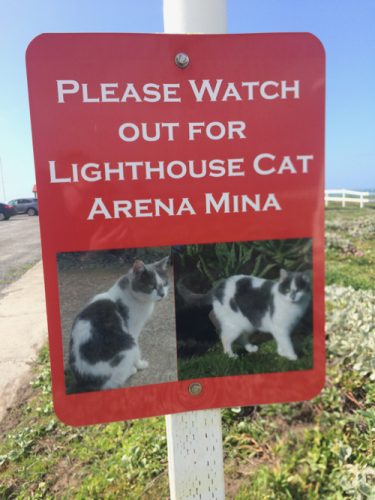 Cats have too much sense to be out in the freezing cold wind, unlike silly humans. We later learned that the wind was gusting up to 40 miles an hour and the lighthouse had to be closed so that unwary visitors would not be blown from the balcony. 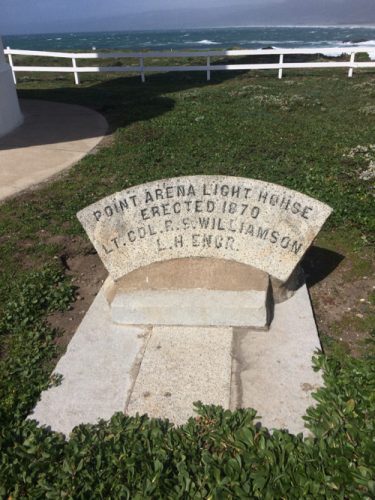 The lighthouse does tours every full moon. One of these days we have to go and check it out.

On this occasion, we were there to see Katy Tahja talk about female lighthouse keepers: 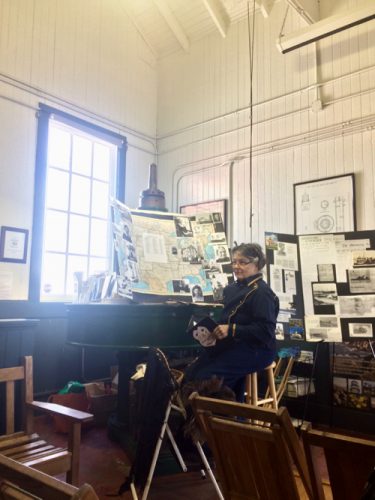 Katy’s ancestors were early settlers in this area, and she has written several fascinating books about local history, on which she is an authority. She is also delightful and charming and kept the audience rapt for over an hour. We gathered in the signal room, beside the beautiful Fresnel lens: 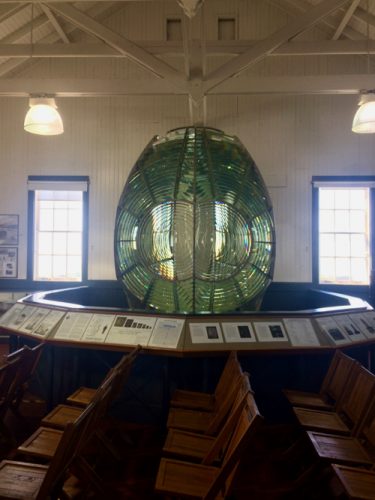 She regaled us with funny, tragic, and astonishing tales of the 142 women who kept the lights across America, starting during the Revolutionary War. Three generations of women were lighthouse keepers in the country’s first cast iron lighthouse, in Mississippi. Another’s fog horn broke during the 1906 San Francisco earthquake and fire, and she struck the bell by hand for more than 20 hours. Her mother was a former socialite who became a lighthouse keeper near Monterey at the age of 50, bringing her French poodles, antiques, and art with her.

While male lighthouse keepers had a uniform, female keepers did not, and improvised their own. In addition to their lighthouse duties, these women gave birth, raised and sometimes educated their children, as well as growing and preparing food. Many women kept these jobs for decades. When one female keeper retired after half a century of service, it took three men to replace her.

After this inspiring talk, we headed to Anchor Bay Thai, where we had a wonderful dinner and of course got take out as well. It’s a tradition! All in all, it was a wonderful and memorable day.

A YEAR AGO: Bookstore, cats, cocktails: what else does a girl need?

FIVE YEARS AGO: A wonderful visit to the de Young Museum in San Francisco.

TEN YEARS AGO: Thinking of moving. I’m glad I eventually did.