Dad’s birthday dawned sunny and beautiful. He probably would have approved that I spent the morning doing some cooking for the week: my friend Alice’s recipe for dak dori tang (spicy braised chicken) and Ottolenghi’s recipe for mejadra. It was Suzy’s international kitchen!

Megan and Rob hosted the party this year. I arrived to find that the appetizers were ready: 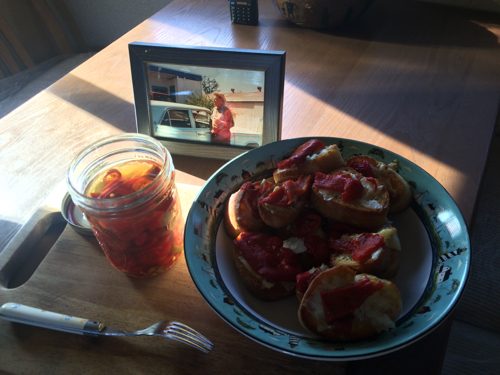 set by a photo we call “American Dad”: 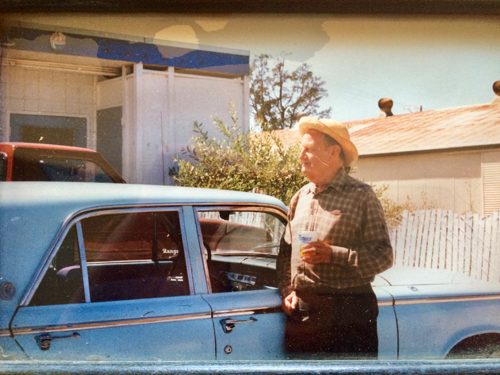 It shows Dad in Cloverdale, wearing Jonathan’s straw hat and holding a slushy from the no longer extant Foster Freeze. He’s standing next to Jonathan’s old car, Grandma. Among Grandma’s eccentricities was the need to operate the windshield wipers by hand, using a string. I love that photo.

The appetizer was baguette with melted cheese and peppers my siblings grew and roasted over mesquite. It was delicious.

We headed to the greenhouse to snip some salad for dinner: 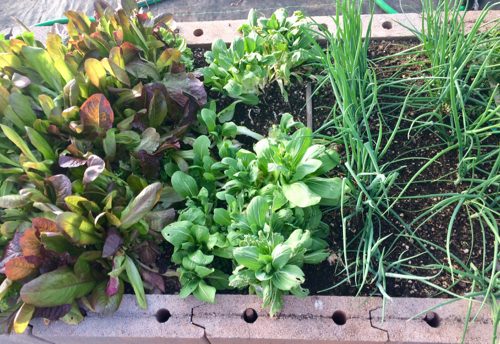 I got some extra to take home. The latest resident of the greenhouse is a Meyer lemon tree, which is something of an experiment. We are hoping it will work, since it would be great to have our own lemons.

Walking back to Megan’s place through the garden, I really felt like the seasons had changed from winter to spring. The plum tree agreed: 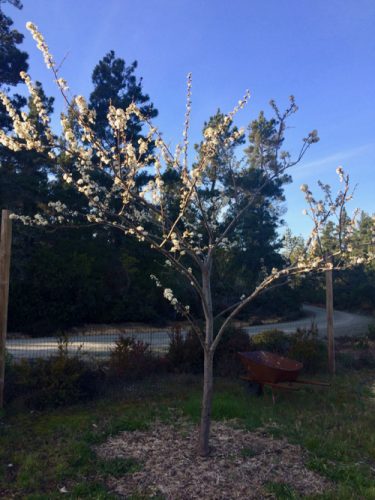 I know we are still slated to get more rain, but I think winter has lost its grip on us for now.

Back at Megan’s place, we toasted Dad with the cider we made last fall: “The old man wasn’t so bad!” Megan made spaghetti carbonara to go with the salad, and dessert was two sorbets: one made of wild blackberries and the other from raspberries my siblings grew. They were intense and delicious. After dinner, we watched Alfred Hitchcock’s Strangers on a Train, this time catching the Master’s cameo and enjoying the film very much.

I think Dad would have approved of his party.

A YEAR AGO: Celebrating Dad’s birthday.

FIVE YEARS AGO: A boy and his dog.