We were long overdue for a family dinner. The last one may have been for Dad’s birthday, way back in March. I was too sick to attend Megan’s birthday BBQ, and the tragedy of losing Erica’s mother so suddenly and horribly removed any festive feelings for the rest of the summer, preempting Junapalooza and any other celebrations.

We had the dinner at Rio’s house. When I arrived bearing wine, she already had a plate of delightful appetizers set out. They were rice crackers topped with Cheddar and neat squares of roasted red peppers: 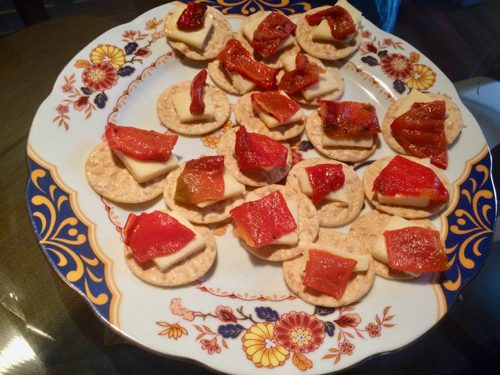 My industrious siblings had a bumper crop of peppers this year, and had roasted them over apple wood and then preserved them in olive oil. I admire (but do not emulate) their near-constant garden labor. It seems to me that they are either watering and weeding or picking and preserving. They are probably glad when winter rolls around and they can take a break from endless garden duty.

The homegrown theme continued. Jonathan was in the kitchen making what he and Megan affectionately refer to as “garden slop”, which is pasta sauce made from tomatoes, peppers, basil, and anything else from the garden that looks good and can be tossed in, like delicata squash: 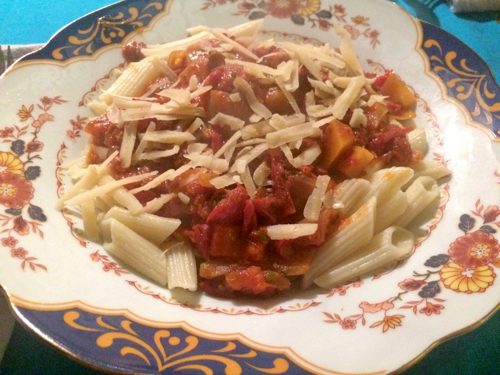 Despite its unlovely name, garden slop is delicious and never quite the same. We had it with pasta and freshly grated Parmesan, along with garlic bread. The garden crew cleverly made a big batch of garlic butter from the garlic they grew and froze it in individually wrapped, flattened patties which are the perfect size for a loaf of bread. So making garlic bread is practically instant.

For the first time in recorded history, my brother’s pastry didn’t work out. He had to consign it to the compost pile and instead made apple crisp from apples he and the team had just picked. There were more than enough left over for the upcoming cider pressing: 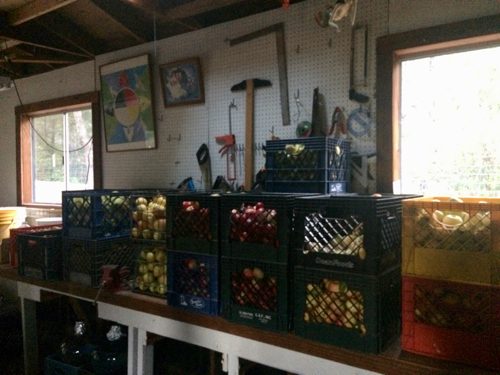 Plan B tasted as good as Plan A would have, and it was a great evening. I was glad we were all together at last.

A YEAR AGO: Trick or treating with Jessica. Little did I know it would be the last time. Here’s how she looked this year: 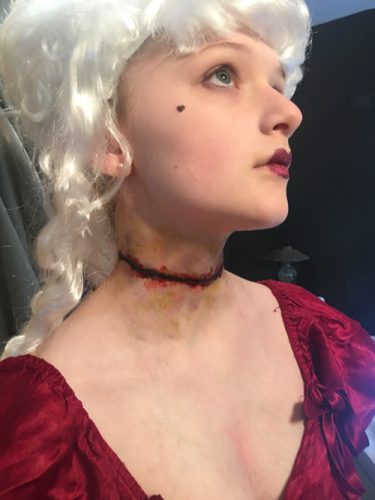 FIVE YEARS AGO: A happy Halloween.

TEN YEARS AGO: A happy ending for everyone!