Our good friends and my siblings’ land partners, Dave and Jennifer, found a fabulous mobile home for sale down in the Bay Area, where Dave works during the week. They went to check it out with Megan and Rob one weekend and everyone liked what they saw. Dave, the expert negotiator, got a great deal on it which included delivery all the way to Hooterville.

However, delivery is slated for the 17th anniversary of Dad’s untimely death on August 18. This short time frame kicked preparations into high gear as Megan and Rob divest their tiny house of 20 years’ worth of things and stuff. Don’t forget that every time Rob went to the dump, he acquired a project or two, so that’s a lot of stuff over two decades. It is surprising how much stuff one little 450 square foot house can contain. Also how much you can get of rid of and still have more stuff to deal with. I think I noticed this same unlovely phenomenon when I escaped from Oakhampton several years ago.

It will all be worth it, though, since the new place is lovely. Here’s the living room: 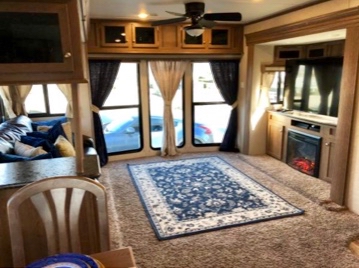 And a peek at the kitchen: 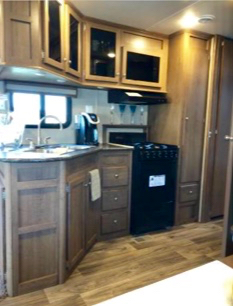 Sadly, the kitchen is just about as low on counter space as their current home, but they are used to that and Rob has some clever ideas of how to work around it.

The bedroom has closets! I have heard of these mythical things, but my sister and brother-in-law will actually have one: 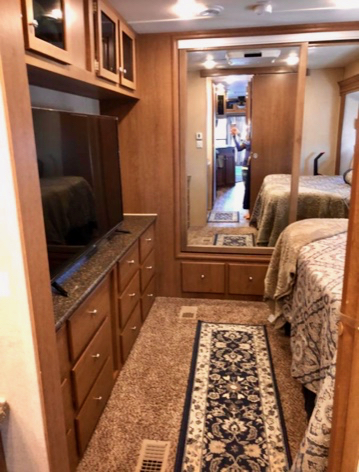 The bathroom even has a tub:

They may find they have a semi-permanent guest who lounges in their bathtub and luxuriates in the central heat and air conditioning. Air conditioning! My dream come true!

A YEAR AGO: Coming home to a couple of surprises.

FIVE YEARS AGO: A lovely day in the Village.

TEN YEARS AGO: Remembering wonderful summers in Maine. Those were the days!