I was in dire need of an attitude adjustment. And some sister time.

Fortunately for me, the sun was shining after some late season rain, and Megan was available for an adventure. The ocean was sparkly and beautiful, accessorized with frilly white waves, and everything was swept clean by the recent storms. Rhododendrons were flaunting their pink and red blossoms, lilacs waved their heavy heads, and trees were hazed with new, translucent green leaves. Wildflowers drifted through the grass in the springtime sunshine.

The parking gods were smiling on Megan as they often do, and she pulled up right in front of the beautiful Kelley House: 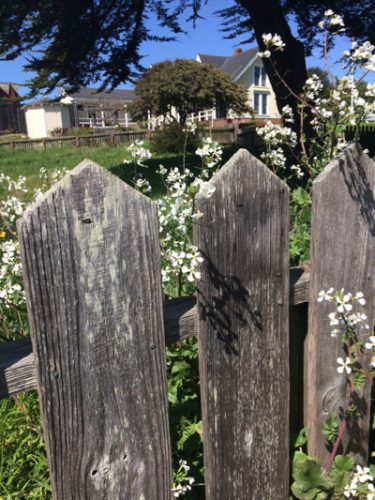 There was a pop up exhibit of cookbooks, for that weekend only, and we were delighted to be able to see it. They ranged from the vintage: 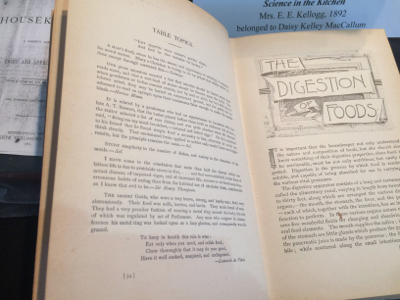 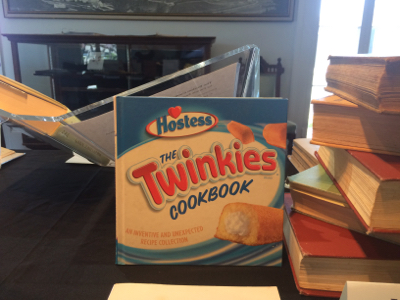 I was entertained by the title of this one: 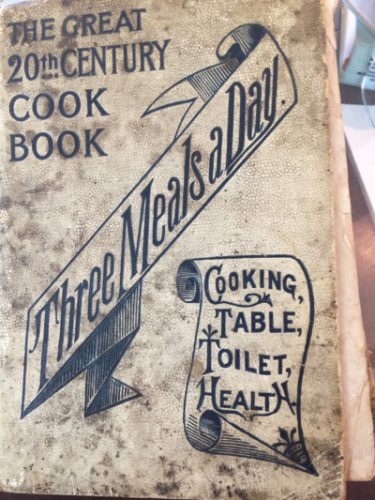 Megan pointed out that in those days, cookbooks also informed women how to run their households and treat illnesses. They had the cure for the common cold back then. You hold your feet to the fire. “If done soon enough, this will prevent any cold.” Good to know.

For those who didn’t get to the fire soon enough, or had more exotic ailments, there were more exotic remedies: 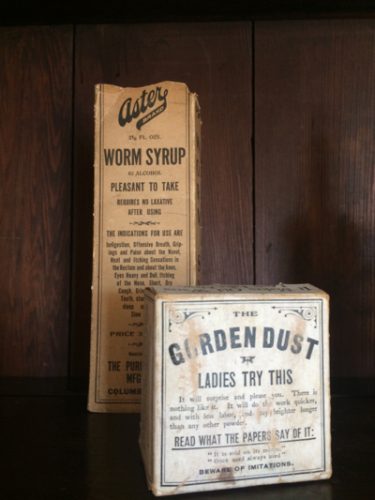 Many of these included delightful ingredients like morphine and cocaine. The docent, Ray, mentioned that his family owned the apothecary in town when the Kelley House was built. Some of the bottles (and the remedies themselves) came from his family’s shop.

Ray told us that Dick’s, the bar on Main Street right near the Kelley House, is the oldest continuously operating bar on the West Coast. He said others are older, but they shut down during Prohibition. Dick’s* stayed open, serving cough syrup that was 40% alcohol and supplied by Ray’s helpful ancestors.

Megan and I were enraptured by Ray’s tales of the past, which is his family’s history, too. His forefathers were original settlers, along with the Kelleys, and his family has lived here ever since, a rare distinction.

He told us that the beautiful Daisy Kelley, whose cookbook is seen above and whose gorgeous nearby home is now a lovely inn, was the first non-Asian woman to set foot in Japan. She inconveniently fell in love with her father’s bookkeeper, who, as a tradesman, was not considered a suitable spouse for her. So her parents shipped her off on a round the world tour, where she was allowed to visit the closed country of Japan.

On her return home, the headstrong Daisy married her bookkeeper, and they had a long and happy marriage. At home, Daisy taught women to read and write in the Women’s Study Club (still in existence today!), and abroad, she was present at the opening of King Tut’s tomb. For all her travels, Daisy always returned here, “the most beautiful spot on God’s green earth”. She should know!

*That same day, Dick’s was also the venue for an informal wake for the wonderful Marty Simpson, who passed away recently at an unseemly age. He led us on a memorable cemetery tour recently as JD Johnson, the Victorian contractor (and undertaker) and was a treasure house of local knowledge and lore. A real loss for our little community.

A YEAR AGO: Celebrating our beloved Jessica’s birthday.

FIVE YEARS AGO: Some ups and downs in San Francisco.