It’s hard not to retain a certain amount of interest in the past, though sometimes it’s better not to look back, since you might not like what you see. A case in point is my old apartment in San Francisco, which is now unrecognizable.

For starters, someone decided that it would be a great idea to turn the kitchen into a bedroom, making it the first room you see as you enter. The new bedroom presumably uses the small, shallow former pantry space as a closet and has a door and window overlooking the back stairs, allowing its occupant to hear and see their fellow residents throwing their trash down the chute, not to mention the 5 am pick up by the enormous and enormously loud garbage truck.

The hand-made Italian tiles are gone, along with the charming ironing board cupboard in the wall where I stored spices, and, worst of all, the magnificent vintage Wedgewood stove and the quarter-sawn white oak countertops my brother made by hand. Here’s how it used to look: 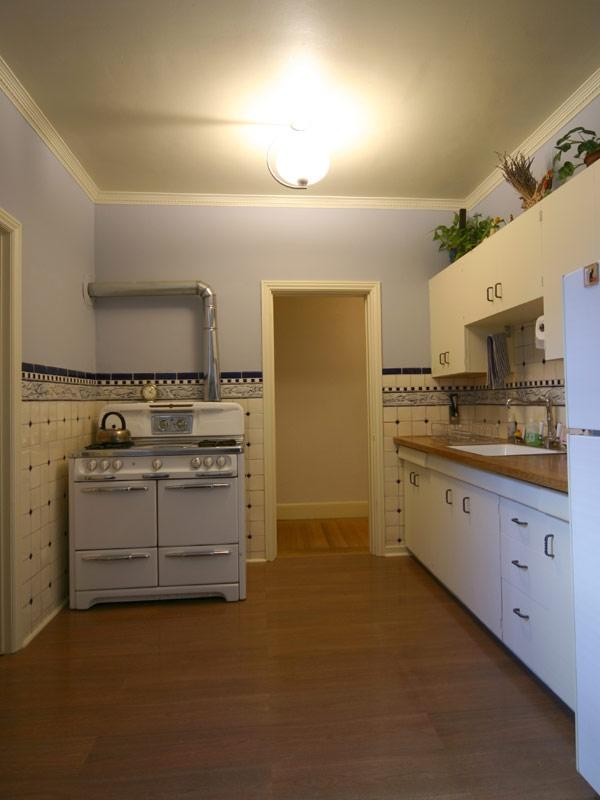 Here’s how it looks now: 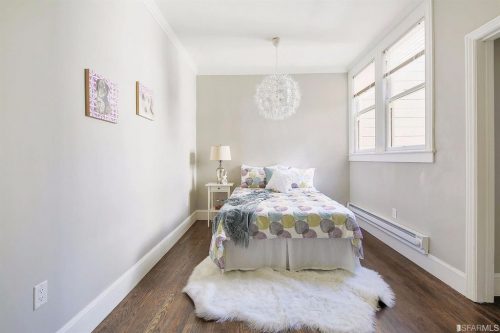 The same geniuses decided to put a generic new kitchen in the former dining room, sacrificing both space and style. It looks like every kitchen everywhere: 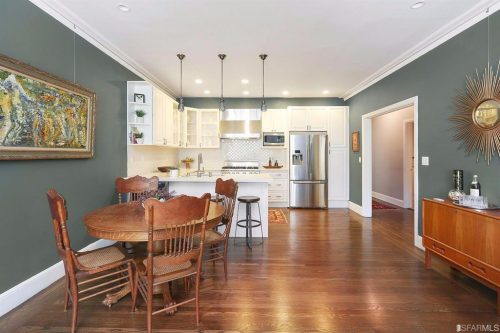 They also decided that painting long, windowless walls dark and depressing colors was a great idea: 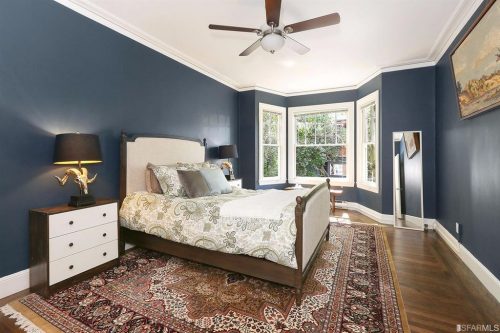 whereas I painted it them a light color to reflect back the light from the bay windows at the end of the room.

I notice they kept the recessed lighting I put in, though. And they kept the most of the fixtures I put in the bathroom, including the vintage crystal doorknobs, though they painted the walls black and the antique, cast iron clawfoot tub that I had to charm workmen to drag up two flights of stairs black. Because why not make a room whose only natural light comes from an airshaft as dark and dismal as possible?

Here’s how it looked before: 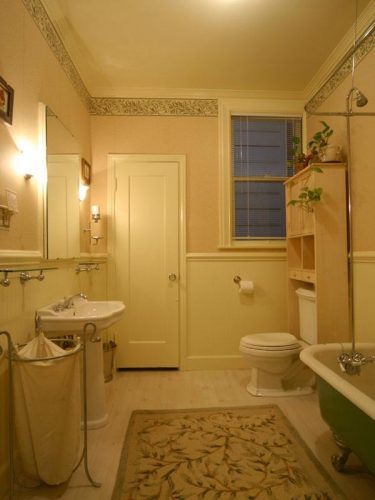 And how it looks now: 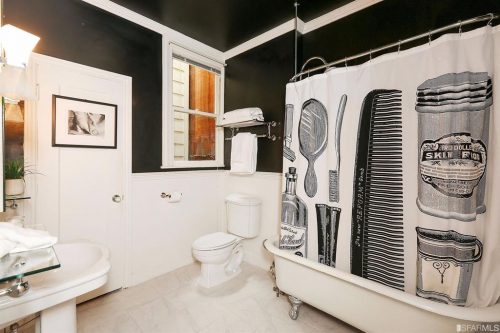 It appears that they also closed off the door which led to the walk in closet in the bedroom, which was a wonderful convenience. It was very nice to be able to walk straight from the bathroom into the closet to dress, and vice versa.

I’m sure that adding the so-called bedroom added to the considerable value. Even though there is an apartment above and one below, so you get noise from both, and no parking space*, it is on the market for $1.25 million. We paid $190,000.

To me, what they did to my formerly charming former abode is symptomatic of what is wrong with San Francisco now. They made the place as generic as possible and added an additional “bedroom” to jack up the price and to appeal to the soulless wealthy who now inhabit this once-wonderful city. The beauty and charm of my apartment have vanished along with the charm and character of the city. Now it’s nothing but rich people and expensive stores that could be (and are) found in any city anywhere, instead of each neighborhood having its own special character and delights.

When I lived there, John’s barber brought his dog to work in the shop he owned with his father. The people who owned the grocery store where we shopped would ask you to watch the cash while they cut a watermelon in two for you in the back, and would joke with John about buying sandwiches while I was in England visiting Dad (“Bachin’ it again, eh?”) with a wink and a smile. An older Italian couple owned two neighboring businesses. He repaired shoes and she was a tailor. At lunch time, they would pull two chairs and a little table out to the sidewalk and have lunch together, greeting passersby as they ate. They are long gone, replaced by Starbucks and things of that nature. At least I still have the memories. And I won’t look back anymore.

*The difficulty in parking in that neighborhood, even 20 years ago and even with a permit, is why I ended up selling my beautiful, silver-blue Mustang, Josephine. I’m sure the parking situation has not improved.

A YEAR AGO: I hit a dog with the car. Fortunately, he is as good as new and I am meeting his owners for lunch in a couple of weeks.

FIVE YEARS AGO: Beautiful Day of the Dead art and other fun things.

One thought on “Unimproved”