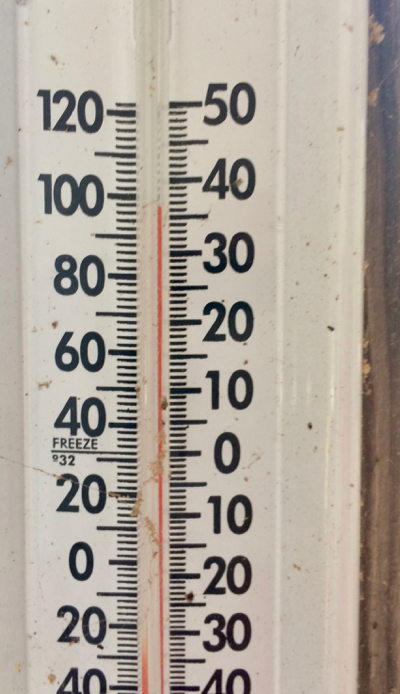 I was rewarded for having the temerity to take two days off after working six days a week all summer by a heat tsunami. Nothing as benign as a heat wave – this is a heat tsunami, crushing everything in its path, including me.

I actually left the County on Thursday for the first time in ages, going to Santa Rosa, which involves one of my least favorite things: driving on freeways. However, the traffic was better than I expected and I completed my errands quickly despite (or because of) the bone-crushing 106 degree heat. I was home again about six hours after I left, making the unpleasant discovery that the hideous heat had hitched a ride with me.

Now, it’s not unusual for Santa Rosa to be 100 degrees or more. But when that happens, it is typically 75 to 80 on the coast. Not 100. And unlike Santa Rosans, our bodies and houses are not equipped to handle the heat. My house in particular. It’s uninsulated wood, covered with tar paper, and basically it’s like living in a tent. The upside down rowboat shape traps all the heat, and none of the windows open. As Jessica puts it, “Megan’s house is stupid, but your house is really stupid.”

Its deficiencies and stupidities became glaringly obvious as the glaring heat wore on and wore me out. Day after day of 100+ outside and 90+ inside. Even with all the curtains drawn and fans blasting, along with the swamp cooler, it only brought the indoor temperature down to 90F downstairs. I can’t imagine what it is upstairs, even with a box fan facing out to allegedly pull out the hot air, according to my former fire fighter brother. I wished I was in my air conditioned office instead of my overheated hippie hut as I took cold showers and repeatedly threw cold water on my face, arms and poitrine.

Megan persuaded me to go to the Village with her and Jessica, reasoning that it would be cooler at the coast. It was 90 or more. A scantily clad visitor was staring aghast at her phone and saying, “It say’s it 64! No way it’s 64!” I told her it always says it’s 64. It’s remarkably hard to get an accurate weather forecast for this part of the world*. Even though it never got any better, I kept obsessively checking the forecast over the past few days.

I feel like I’m under siege, hiding from the Evil Death Star. I am nauseous and drinking as much ice water as I can while feeling light-headed and weird. It’s too hot to do anything inside or outside of the house, though I did water the garden in the early morning hours the past two days. The fuchsias, those Suziest of flowers, being both shade-loving and flashy, looked like I felt, being wilted and perhaps partly dead. I fear that both of us may never completely recover. I actually wept with despair at one point during the hell of the last few days. If there was someone I could surrender to in order to make it stop, I would. I freely admit I can’t take it anymore. You win, Evil Death Star!

Guess when temperatures are going to return to normal? Yeah, you guessed it: my first day back at work after the Worst Long Weekend Ever.

*As Robin Williams put it in “Good Morning Vietnam”: “You got a window? Open it!” In fact, his entire weather report is sadly accurate. It is hotter than a snake’s ass in a wagon rut.

One thought on “Worst Long Weekend Ever”