‘Memba how the big, blocky refrigerator appeared in my kitchen one day, causing dismay and disarray?

Well, Rob scavenged around in his magical Rob way, and found things and stuff he could make into other things and stuff to put up a new and improved shelf with its very own light. Here he is in the early stages of fixing it, when there was still a hole in the wall: 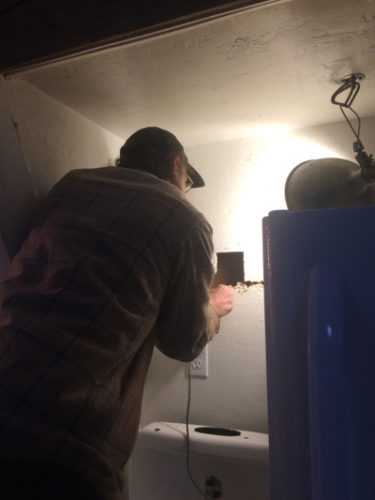 Note that the shelf has the same bevels and look as the masterpiece shelves he created: 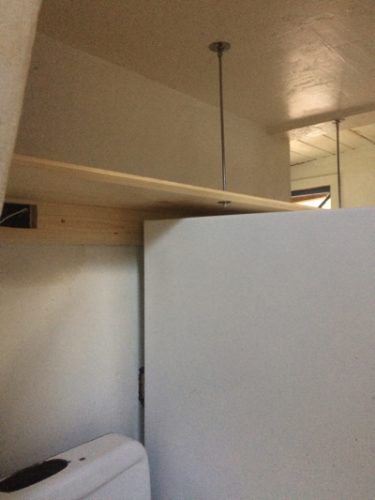 He spent maybe $20 on materials. He found everything else, including the metal supports and the metal to support the lamp. He added the switch to the lamp. Here’s a closer look: 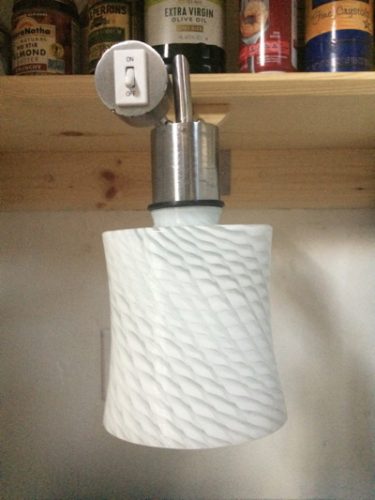 I am pleased to say that it says ON when it’s on, instead of NO like the other switches in the house. I asked him how he did it, and he said he soldered it on there. He also did a lot of soldering with the metal supports.

It looks about a million times better than it did before, and I love the light fixture. You can thank Clyde, who did such a great job managing the bathroom redo, once again for his excellent supervisory skills. He oversaw the project from his perch on the stairs, and his artistic influence is pretty obvious: 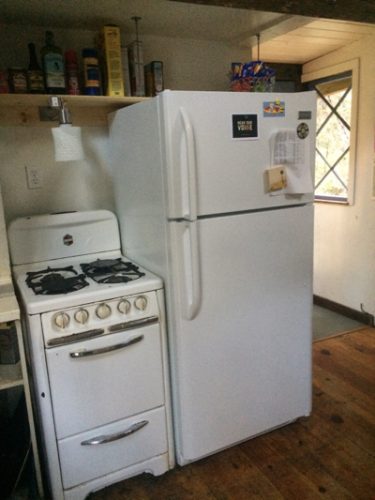 Just for a comparison, here’s the “before” (or possibly “during”): 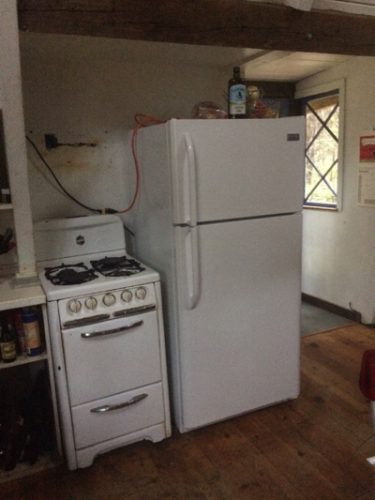 I’m still not a big fan of the new and unimproved refrigerator, though. Even though it looks big on the outside, there seems to be less room on the inside. One of the things I really miss was a drawer below the top shelf which held cheese and sliced meats and things of that nature. I have been piling these things up in a box which takes up significant real estate on the other shelf, but this isn’t an ideal situation. And the crisper drawers are even shallower than I am.

Still, it met our eternal goal of “less crappy”, and in the evenings, I enjoy the friendly yellow glow of the lamp. And I am always thankful for Rob.

A YEAR AGO: At the amazing quilt show.

FIVE YEARS AGO: The horror of the Grand Jury subpoena. I hope that never happens again.

One thought on “On the Shelf”