Junapalooza arrived on the heels of a week-long heat wave. I was glad that the temperature for our outdoor celebration was relatively humane, though I also wore my County Fair straw hat and hid under the canopy.

It was too hot to make future food on Friday, so I made my contribution to Junapalooza on Saturday morning before I headed off to the jobette. Our theme this year was bubbles, so I made spicy Korean meatballs with apricot-sriracha glaze. I used ground turkey instead of beef, and they were delicious. Erica suggested that we bring a couple of bags of Hawaiian rolls to transform the meatballs into sliders, which was a great idea. Erica’s meatballs were bathed in delectable barbecue sauce.

In addition to meat bubbles, we had various charcuterie and cheeses with blackberry-habanero preserves, made by Julie, who was there with her husband Darius and daughter Bella, who doubles as Jessica’s BFF. Julie also brought home-made bubble tea and home-made limoncello, along with Clyde May, the official whisky of Alabama. 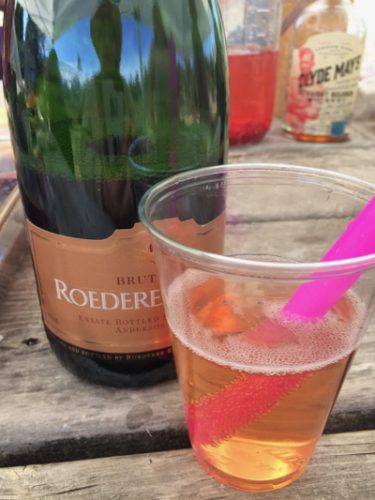 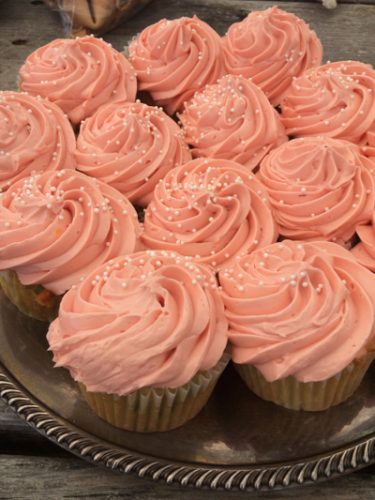 Because you always need sprinkles.

While the grown-ups chatted and drank various libations, the girls took a ride on the golf cart: 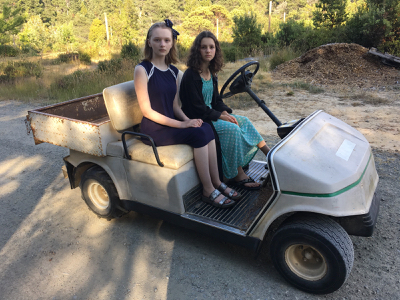 Erica took this photo and we all laughed so hard at their beautiful Addams Family faces. This is how they look when they are having fun!

Even Scout the mini cat ventured to the edges of the party: 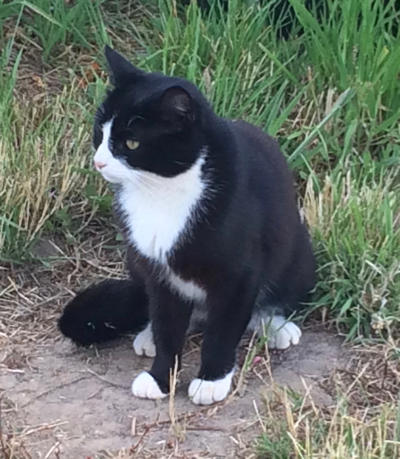 Even though I always say Junapalooza is not about presents, somehow I still seem to get them, and very impressive ones at that. This year, my complaining about the undearly departed heatwave was rewarded by my siblings buying me a swamp cooler, which is supposed to arrive this week. It should make the sleeping loft bearable, or at least less crappy, when the next heat wave arrives. Less crappy is our goal!

As if this weren’t thoughtful enough, I was alerted to the gift via a card made by Rio: 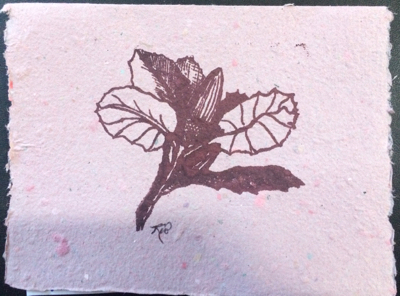 Now, when I say “made by Rio”, I mean that she MADE THE PAPER and printed the picture on the front and her monogram on the back: 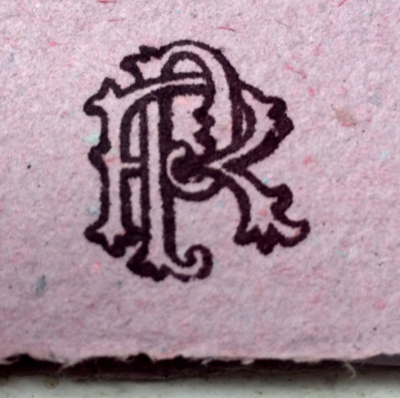 I asked her how she made the paper, completely stunned by the whole thing, and she was nonchalant but also cagy, not revealing the paper ingredients but admitting that the color of my card came from flower petals. How about that?

After dinner, we gathered around the fire pit to nibble our cupcakes and be serenaded by the girls: 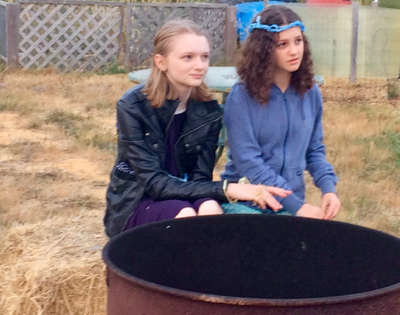 who, like the rest of America, are addicted to Hamilton and are not afraid to share its joys with those of us who haven’t seen it.

Jessica once again escorted Fair Suzy to her car, and we agreed that next weekend would be the perfect time for our long-delayed sleepover. As I drove home in the gathering summer darkness, I had to agree with Erica when she leaned back on her hay bale and sighed, “This is perfection.”

One thought on “Junapalooza III”