I saw a dream come true.

Years ago, my siblings scratched and clawed an epic 80 foot by 80 garden out of the pygmy and the scrub. The next year, they added an orchard, bringing the whole thing up to a palatial 13,000 square feet.

After years of pruning and care, the trees finally produced enough apples to be ciderized. There was some debate about when to pick them. Too early, and there wouldn’t be enough sugar. Too late, and they’d be falling off the trees and/or breaking branches because of the weight of the fruit. Eventually, the day came, and crates and crates were picked by hand.

Then our good friend Clayton came up with his trusty, theft-proofed van, which was loaded up with freshly-picked apples: 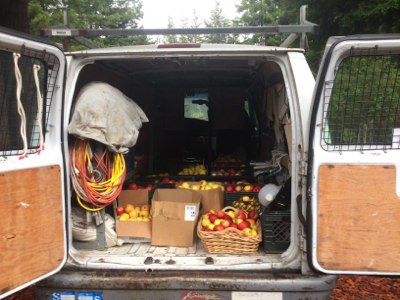 and driven over to Rio’s new estate, which she could not have bought at a better time. Not only did it provide mountain lion free lodging for Clayton, it also provided the perfect venue for cider making.

We took over the studio building with the car port, setting up tables with cutting boards and knives off to the side, and the press itself in the place of honor in the middle.

We had a tub of water just outside. First you wash the apples in the water, then put them in buckets to bring them to the chopping block: 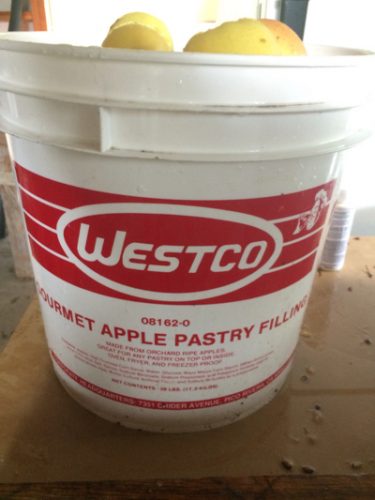 It was sort of gourmet apple filling!

There the apples were chopped in half and put in bowls: 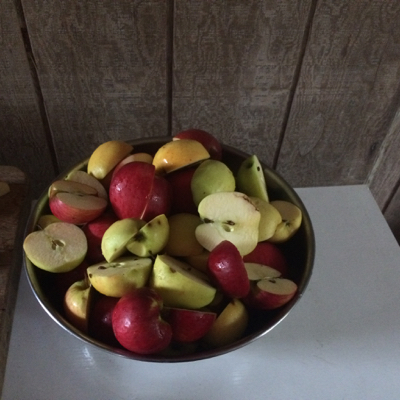 eventually being tipped into the wooden hopper of the cider press and milled by hand:

As a storm gathered its strength and started howling outside the carport, Jonathan observed that even if the power went out, no electricity was required, since every step of the process was done by hand, even wheeling the pomace to the compost pile: 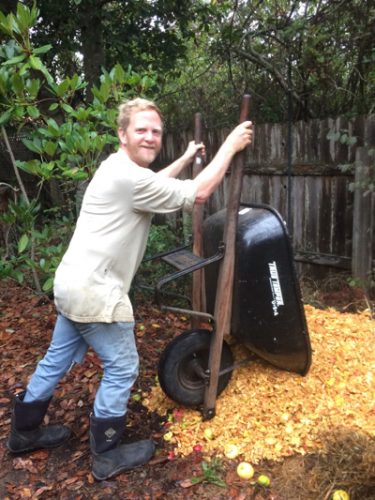 After the bucket was full of crushed apple, a wooden lid was fitted into it and it was pressed down to extract the rest of the juice: 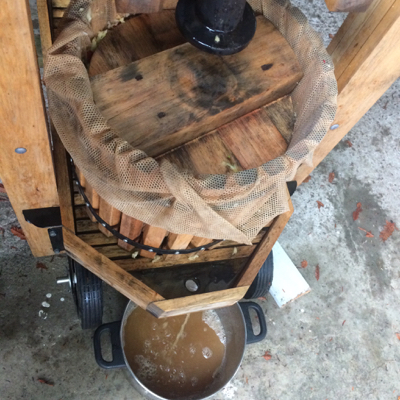 It took all day, but we pressed nearly 40 gallons. It was nice to think that we were doing it the same way it had been done for hundreds of years.

Jonathan saw it as a tribute to our English ancestry, since cider is such a tradition in our father’s homeland. I often used to drink cider with him at the pub with his old dog Jesse sleeping peacefully at our feet.

When we planted the orchard, we hoped that one day we would be able to make our own cider from our own apples, and that dream came true on a stormy Saturday, with all of us together, celebrating the past, the present, and the future, all together.

A YEAR AGO: Our good friend Paul was here. And I got up close and personal with my buddy, the Moon.

6 thoughts on “Hand Made”