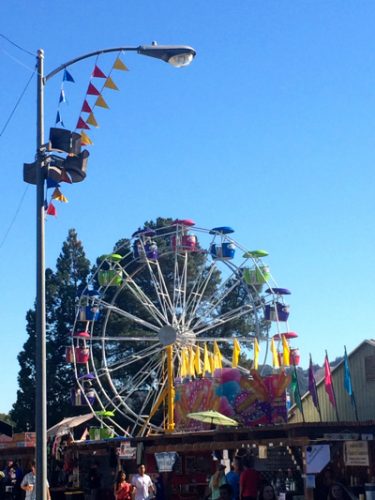 If it’s the middle of September, it’s time for the County Fair!

It was a Magical Microclimate Tour as Megan and I drove from the chilly, foggy Coast through the redwood forests to the golden Valley, where it was about a million degrees and achingly sunny. Megan’s parking karma held true as she parked about a block from the the Fair – in the shade! – and as we stepped out of her little red car, she asked me if I was wearing sunscreen. I was, but only on my face, so she gave me some for my hands and suddenly exposed arms. I thanked her later.

The first thing we did upon admittance was buy a hat for me: 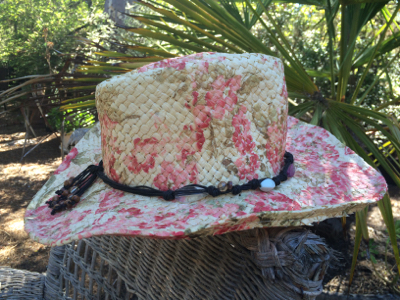 It is so pink and so Suzy, while also actually being useful, a rare combination indeed. Then we looked unsuccessfully for the slushie vendor. It seems that my blue raspberry slushie dreams are as doomed to unfulfillment as my dreams of being Idle Rich. We settled for frozen lemonade and went in search of Erica.

Unsurprisingly, we found her in the Fiber building. Surprisingly, she had not entered a single thing this year. I imagine there was much rejoicing in the Valley over that one, since her absence would allow someone else to win a prize or two for a change.

Erica said that Jessica was hanging out with her friends on the Midway, and suggested that we go and surprise her there, adding that Jessica now has her own phone and giving us the number*. Erica stayed in the Fiber building to covet spindles and wool and we went to find Jessica.

She greeted us with hugging and excitement despite the presence of her friends, and I felt a spark of hope that her auntourage would not become entirely obsolete. I took this stealth photo of her so as not to embarrass her in front of her crew: 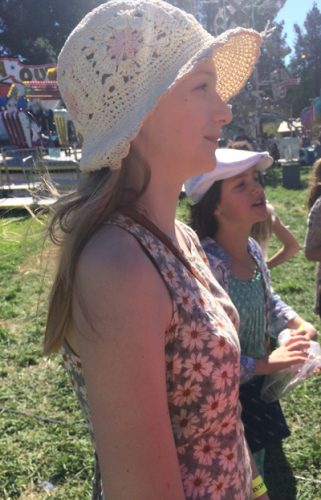 That’s her equally precocious BFF Bella at her side.

We watched the kids ride the rides – I was pleased that Jessica waved at us from the giddy heights – and went to reclaim Erica and meander through the rest of the Fair.

The theme in the Garden building was “Fairy Tales”, and my favorite was this Cinderella themed exhibit: 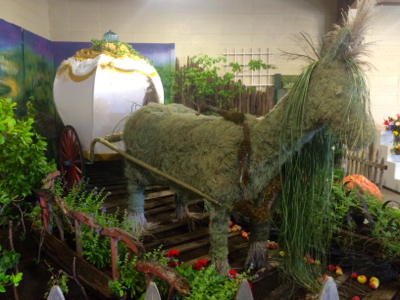 I also loved this glamorous use of twigs and mirrors:

The goat who loved me! He kept bumping his head against me and kissing my nose: 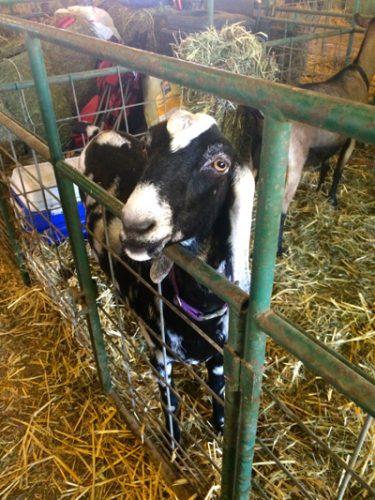 I love this beautiful bunny’s attitude. It’s like he’s saying, “You lookin’ at me?” 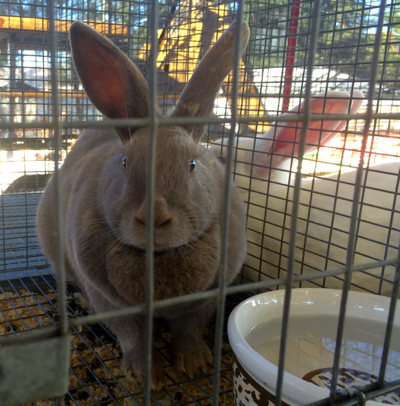 My favorite quilt was this one, showing fog through the redwoods, a sight I love: 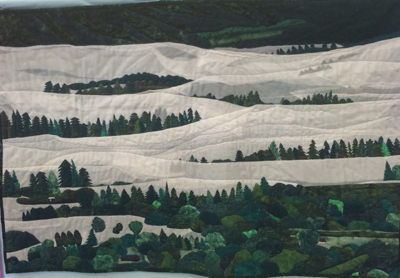 I also liked this kind of op art piece. So unusual: 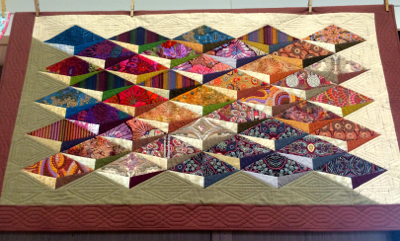 And this one, which looks like washing on a line: 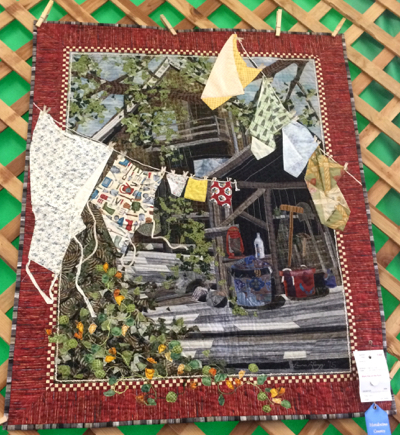 When it was time to go, we hugged our girls goodbye with a promise to get together soon. I am still plotting a sleepover where we will share movies and giggles. Stay tuned!

*I thought that was a horrifying sign of Jessica’s hurtling into adulthood until I learned that she has friends with driver’s licenses. How did this happen?

A YEAR AGO: Hello, darkness, my old enemy.