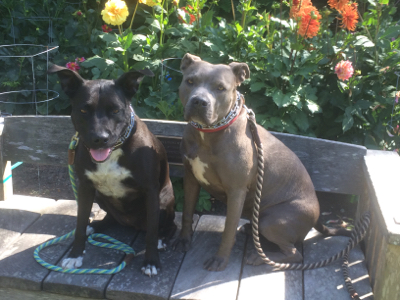 Saturday was a postcard day, one to gladden the hearts of tourists from anywhere – and they are from anywhere and everywhere. On my way to work that day, I saw plates from Alaska, Utah, Texas, Maine and Wisconsin, as well as the usual Oregon, Washington, and Nevada. There was even a lumbering RV from Ontario, which, my (un)usually polite Canadian friends, I’m sorry to tell you failed to pull over.

Megan picked me up from the jobette, and together we locked up the shop and then jumped into her little red car, where I was instantly swarmed by Star and Stella. Stella never gets too excited about anything, except food, glorious food, but she has seen Star go crazy over me so many times that she has decided that she should, too. There must be a reason for it if Star does it*. Just like if Star smells something carefully, Stella must also investigate it. And since no one is ever as happy to see me as Star is, there was a lot of wagging and petting and trying to climb into the front seat before we could set off to the beautiful Botanical Gardens.

I happened to have two free tickets, so we went right in and headed for the café, where they very kindly give canine visitors a spoonful of locally made ice cream. This policy was greeted with an enthusiastic two paws up from both dogs. When they had finished their ice cream – it’s always treats first in my world – we started down the path, admiring the dahlias: 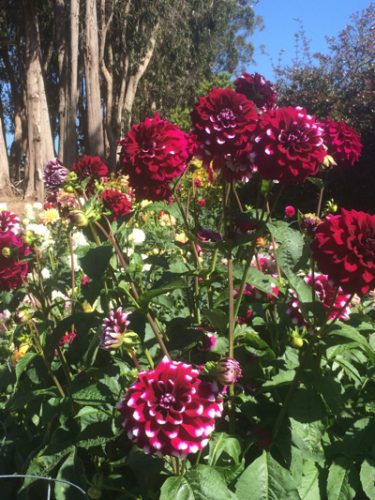 And the gate that Rob would love: 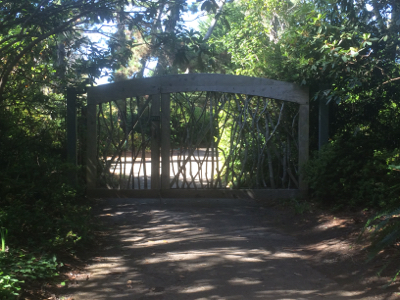 We crossed a little stream: 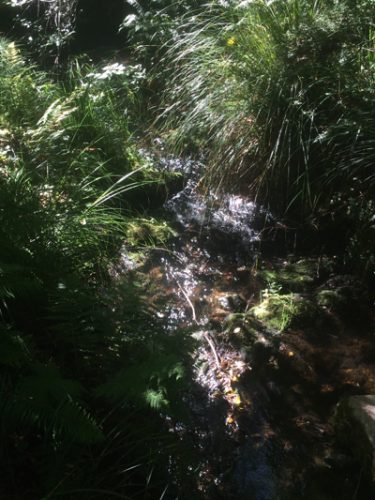 which wends past my late friend Joel’s memorial bench. Among his many talents, Joel was a Master Gardener and spent a lot of time in these Gardens. I helped his widower Jim choose the site for the bench after Joel’s sudden death, and I intended to take a picture of it, but we found that an older couple was resting on it with their dog at their feet, so I didn’t. But this is exactly what Jim and I hoped would happen, and I am looking forward to telling him about it when I see him next.

We meandered through the woods: 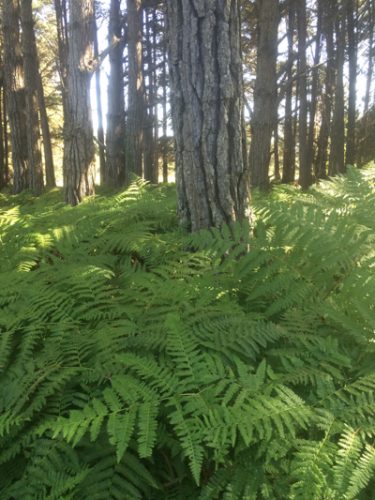 and arrived at the ocean, which was looking its best that day: 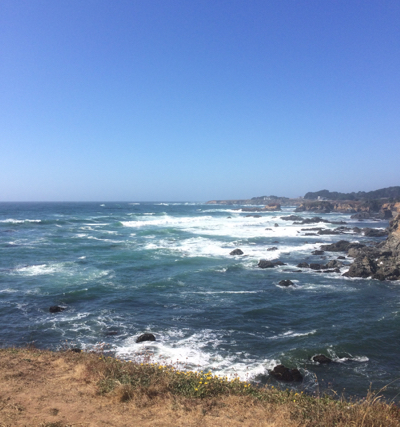 At the jobette, I was always told that our Gardens were one of two in the entire country that had ocean access. I don’t know what the other one is, but I am glad this one is here. One of the nice things about the jobette is that the visitors remind me of what a beautiful and magical place I live in. Why, it even has a dragon: 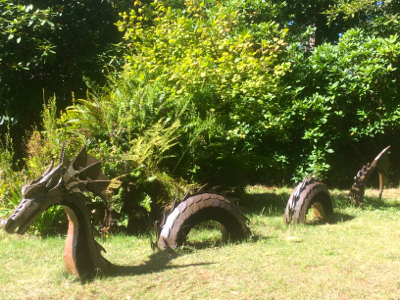 Though you aren’t allowed to sit on the dragon, you can pet him: 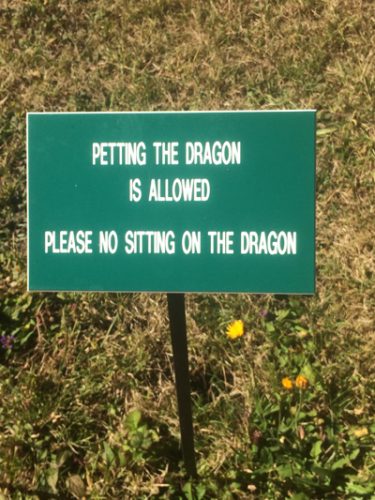 As we made our way back to the car, we promised each other that we would visit again soon. The dogs agreed.

A YEAR AGO: Sigh.

*I was charmed to see that at one point when Stella was sniffing something, she lifted her right paw daintily and held it there, just like Schatzi used to. Star copied Schatzi and Stella copied her, and it’s nice to see that Schatzi still lives on in that way, at least.