At dinner after the woodworking show, Dave and Jennifer surprised us by asking us to join them at the Bolshoi Ballet’s “Taming of the Shrew” the following day. Dave is the kind of guy you expect to see ensconced in his favorite chair, watching football with a beer at hand, but it turns out he is also a guy who enjoys an avant garde production of Shakespeare transformed into ballet. Who knew?

Since we rarely, if ever, journey to Point Arena without a side trip to Anchor Bay for Thai food, we agreed to meet them at the theater. We arrived at the restaurant shortly after it opened: 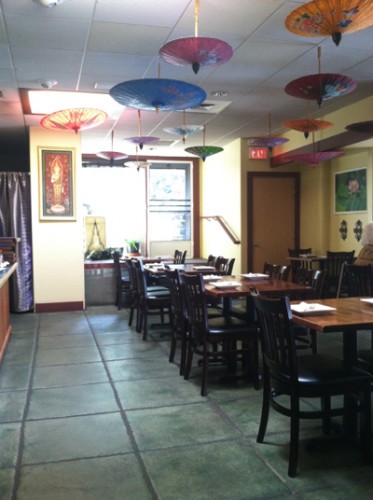 and ordered delightful things like fresh spring rolls and Panang curry to take home for dinner.

As for lunch, we had enough time to go to the old chowder house at the pier: 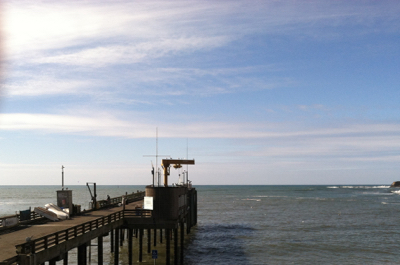 where we watched the intrepid surfers plying their daring art in the icy, high tide waters, apparently unafraid of the rocks that lurked just below the surface. It is impressive to watch them ride the rolling waves with skill and strength.

We parked across from the theater and were greeted with deep, hound dog barks. It turned out that we had unknowingly parked right in front of Dave and Jennifer’s car, and their dog was excited to see us. The ticket taker was less than taken with his voice, however. When we bought our tickets, Megan told her that he wouldn’t keep barking after we were out of sight, and she grumbled, “He’d better not!”

Inside, we found Dave and Jennifer ensconced in balcony seats, and we only had a few minutes to spare before the magic started. I was concerned that Shakespeare’s comedy would not translate to ballet with no spoken words, but I need not have worried. Of course, you would have to already know the play for the ballet to make sense, but even if you didn’t understand the subtleties of the story, you would enjoy the beauty and power of the dancing. It was athletic as well as graceful, and even the whisper-thin ballerinas had muscle definition in their arms and backs.

The music was by Shostakovich and the sets were minimal. The costumes delighted my fashion-loving heart: 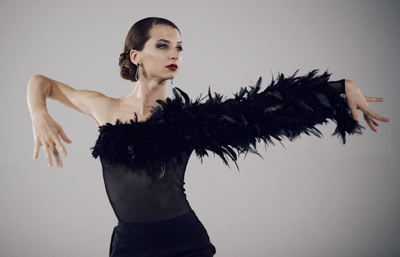 We all enjoyed it so much, and it was even more fun to share it with our friends.

A YEAR AGO: The latest in a series of storms was merrily toppling trees and, yes, leaving us powerless. The (winter) usual.